Don’t spend your entire summer watching mindless blockbusters. Check out these documentaries at the Wellesley Free Library and hold your head high, knowing you haven’t wasted your every movie entertainment opportunity on predictable plot lines and cheap laughs.

Emmy Award winning filmmaker Lourdes Lee Vasquez, set out to understand why people risk their lives to come to the United States. Her quest takes a shocking twist when she musters enough courage to cross the line at a protest. 91 minutes.

Thursday, June 21
6:30pm Wakelin Room
In this intimate story of a family in transition, 19-year-old Bennett Wallace navigates sobriety, adolescence, and the evolution of his gender identity as his mother makes her own transformation from resistance to acceptance of her trans son. Along the way, both mother and son find support in their communities, reminding us that families are not only given, but chosen. Winner of over 20 festival awards. 72 minutes. 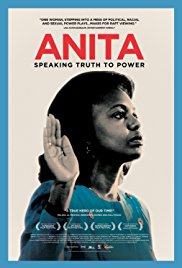 An entire country watched transfixed as a poised and beautiful African-American woman sat before a Senate committee of fourteen white men and recounted the repeated acts of sexual harassment she had endured while working with U.S. Supreme Court nominee Clarence Thomas. Anita Hill, a law professor from Oklahoma, instantly became a household name on that October day in 1991. Her riveting story was perhaps the true start of the ‘me too” movement.  95 minutes.