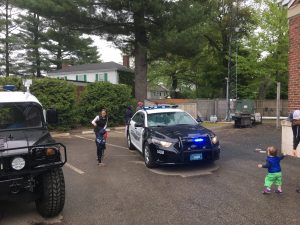 On July 1, 2018 at 1:30 a.m. Officer Knapp was dispatched to a residence on Linden Street for a report of an unwanted party. Upon arrival Officer Knapp met a male party standing outside of the residence who was intoxicated. The male indicated that he had a disagreement with the homeowner and she asked him to leave. He stated he does not reside in the area and would sleep in his vehicle for the evening. The homeowner did not want the male party in the residence. The male party did not know anyone else who lived in the area and was unable to make contact with anyone to pick him up. He was taken into protective custody, transported to the station and later transported for a medical evaluation.

On June 25, 2018 at 9:00 a.m. Officer R. Poirier spoke with a female reporting party who stated that an unknown party had requested that her mail be forwarded to an address in Florida and that several attempts to open fraudulent credit cards using her information were made. She stated she did not suffer a financial loss and the U.S. Postal Inspectors were investigating the incident.

On June 25, 2018 10:29 a.m. Officer R. Poirier spoke with a female party about jewelry that was missing from her residence. The reporting party stated that several items were missing and that she believed they were taken from her home. She indicated she would provide a more detailed description of the items and their value to Officer Poirier via email. Later in the day the reporting party came to the police station and indicated that she had located the missing items.

On June 25, 2018 at 11:47 a.m. Officer Cunningham spoke with a male party on MacArthur Road who stated that something had struck his window and broken it. Officer Cunningham observed there was a small hole in the outer portion of the window, but the object that struck the window did not break the inner panel of glass. The reporting party stated the damage occurred sometime in the past 24 hours.

On June 25, 2018 at 1:16 p.m. Officer Kane spoke with a resident from Oakland Circle about an ongoing issue regarding vehicles speeding on the road. The reporting party stated that construction workers and delivery drivers often speed on the road and a temporary speed bump had been installed by the residents to alleviate the problem and that they had spoken with the Town of Wellesley Engineering Department and advised them the speed bumps would be removed prior to any winter storms. Oakland Circle is a private way. Officer Kane will contact the Engineering Department to determine if the residents can install the temporary speed bump or not.

On June 25, 2018 at 3:30 p.m. Officer Kane was dispatched to a residence on Curve Street to speak with a female party regarding a BB rifle that the family no longer wanted. The reporting party stated that the BB rifle belonged to a family member who had moved and she no longer wanted it. Officer Kane took custody of the BB rifle, returned it to the police station and marked it for destruction.

On June 26, 2018 at 2:14 p.m. Officer Kane was dispatched to a parking lot on William Street for a report of tires being stolen from a parked vehicle. Officer Kane observed a black Honda Accord with 4 missing tires. The male party stated he parked the vehicle there at 8:00 a.m. Officer Kane contacted the security department of the office park to request any video surveillance they may have of the parking lot. There are no suspects at this time.

On June 26, 2018 at 9:58 p.m. Officer DiCenso was dispatched to the area of Bobolink Road for a report of youths throwing rocks at a house under construction. Officer DiCenso searched the area and was unable to locate any youths. She noticed that there was a broken window and damage to the garage door and siding on the house. The following morning Officer Dennehy spoke with the property owner and obtained his insurance information for the report.

On June 27, 2018 at 11:14 a.m. Officer Hughes spoke to a resident from Aberdeen Road regarding damage to their fence. The report is incomplete at this time and no further information is available.

On June 27, 2018 at 5:47 p.m. Officer Wall spoke with a male reporting party about a fraudulent bank account that had been opened using his personal information. The reporting party stated he discovered the account on June 26th when he had checked his banking statement online. He had already contacted his bank and they are investigating the matter.

On June 27, 2018 at 5:00 p.m. Officer D. Popovski spoke with a female reporting party who stated she terminated an employee from her business and he made some verbal threats to her when he was terminated. She wanted some advice on how she could prevent him from returning to her business. She was advised she could issue him a letter of no trespass. She indicated she would think it over and get back to Officer Popovski if she decided to issue the no trespass letter.

On June 28,2018 at 11:05 a.m. Officer Shore spoke with a male party regarding fraudulent cable accounts that had been opened using his personal information. The reporting party had already spoken with the cable company and learned that two accounts were opened using his information in Las Vegas, Nevada in December 2017 and was closed in May of 2018 because it was suspected to be fraudulent. The reporting party also checked his credit and noticed a credit card account he had not opened. He will contact the credit card company to notify them. The cable company is investigating the theft of their services.

On June 28, 2018 at 11:35 a.m. Officer Shore spoke with a male reporting party at the police station regarding identity theft. The reporting party stated that an unknown party has hacked into his Comcast account and changed his password multiple times. He has notified Comcast of the issue and they have resecured his account. The reporting party stated an unknown party accessed his bank accounts and attempted to make account transfers and wire transferred to other accounts that are not his. He notified his bank and they were able to stop the transactions. He has notified the credit reporting bureaus and the Federal Trade Commission of the fraud attempts as well.

On June 30 2018 at 11:07 a.m. Officer Gerard was dispatched to Wellesley Square for a report of a vehicle with a dog inside that had been unattended for an extended period. Officer Gerard located the vehicle and spoke with the owner who had just returned to the vehicle. The owner stated she had been in one of the businesses for a short period of time and the windows were left opened. The dog did not appear to be in distress. Officer Gerard obtained her personal information and forwarded it to ACO Webb for follow up.