Developers are pitching a new 40B project on 2 and 3 Burke Lane, which is located near Cedar Street and Rte. 9, behind the Wok restaurant.

The project leaders are seeking to gain site eligibility from the quasi-public MassHousing organization, a precursor to going for a comprehensive permit from the Wellesley Zoning Board of Appeals.

The developers will look to build a mixed-income apartment complex consisting of 16 units, 4 of them affordable as required under the 40B statute that can give developers leniency on zoning rules. Fifteen units will be newly created in a 2.5 story walk-up building sized at 17K-plus square feet. An existing 1880s single-family home will be preserved as a market rate three-bedroom apartment, and an existing  accessory unit will be converted to a management office. Amenities at the Cedar Place Apartments would include a fire pit and picnic area. The developers claim the property will be nicely obscured from abutters via existing trees.

The application for site eligibility was filed with MassHousing at the end of November. If all goes as expected for the developer, it will be meeting with the ZBA by May. That could be optimistic given how long some of the existing 40B plans have dragged out over the past couple of years in Wellesley, but then again, maybe we’ve got this process down.

Wellesley has attempted to gain more control over housing development through the creation of a housing production plan, which was approved recently by the state.

A 40B project on Great Plain Avenue recently secured the town’s blessing, and several other projects are weaving their way through the approval process, with the developers of the 148 Weston Road and Delanson Circle projects earlier this week laying out new non-40B options before the Board of Selectmen. 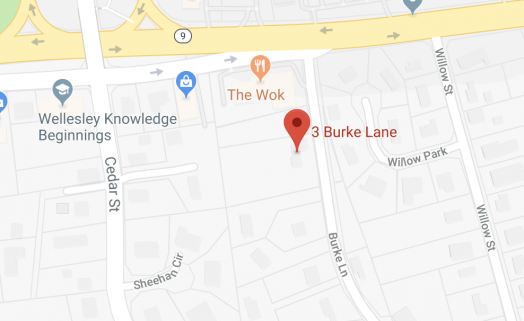