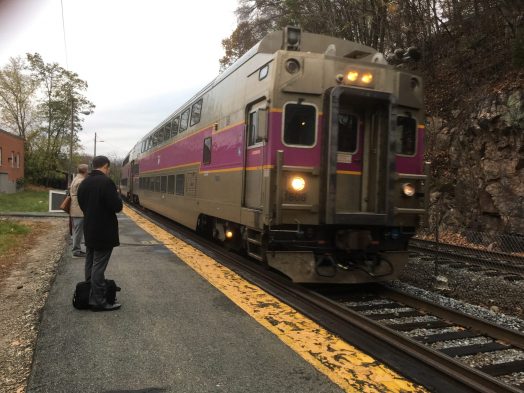 The MBTA is once again daring commuters in Wellesley to drive instead of take the train. The MBTA is proposing fare increases on subway (single rides up 6.7% with a Charliecard from $2.25 to $2.40) and commuter rail trains (up 6.9% from $244.25 to $261 for a monthly pass). The T says it is proposed an average 6.3% increase across all fares.

Will an extra $16.75 per month be enough to prompt Wellesley commuters to drive, uber or find some other way to get back and forth between town and their destinations? Probably not. But I’m sure there are a lot of smart Wellesley residents will be doing the math.

The MBTA says it needs the additional revenue to cover improvements to the transportation system, and emphasizes that it hasn’t raised rates since 2016. Though Boston.com notes that this would be the fourth fare hike since 2012.

If you’re fired up enough to attend a public meeting about the proposed hike, the closest will be on Feb. 13 in Framingham at the Memorial Building at 6:30pm. You can also comment via this online survey about the MBTA fare hikes.