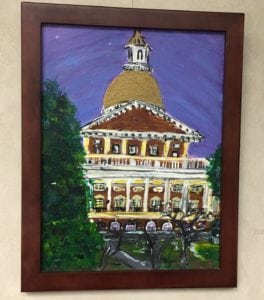 Governor Charlie Baker’s office has tapped into Wellesley’s endless supply of lawyers, tapping Bob Ross as chief legal counsel for the Office of the Governor to replace fellow Wellesley attorney and resident Lon Povich. Povich has served in the role since 2015.

Ross currently serves as general counsel at the Executive Office for Administration and Finance. He has worked on the Administration’s five state budget proposals and has been involved in initiatives including a review of all Executive Branch agency regulations.

From MassLive’s report on the transition:

Povich said he started thinking about leaving after having a conversation with his wife a couple of months ago, when he asked why he is “really tired all the time.” She responded, Povich said, “You’ve been looking at two cell phones 24 hours a day for the last four years.”