A dispute between the state’s track & field coaches organization and the state’s governing body for athletics could result in competing season-ending tournaments put on by the respective groups.

The Massachusetts State Track Coaches Association (MSTCA) is looking to run its own championship meets in May/June at the same time as the usual Massachusetts Interscholastic Athletic Association meets. The coaches’ organization feels it can stage better run events than the MIAA, which has sought to cut spending and raise fees associated with its events, according to a Boston Globe article about the controversy.

That article raises the concern that split tournaments could put schools in a tough position because of MIAA rules.

“The stakes could be high because MIAA rules state that schools participating in unapproved tournaments may be banned from ‘all multi-school events in any and all sports for one year.'” 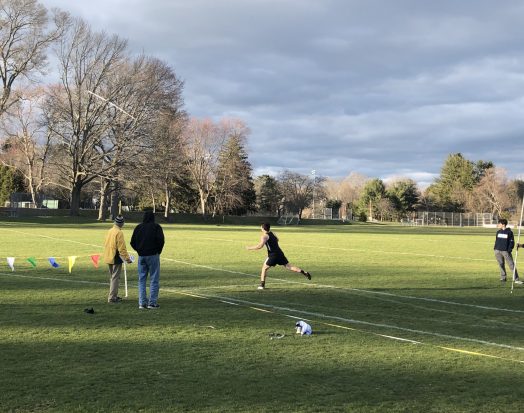 Wellesley High Athletics Director John Brown is aware of the issue between the MIAA and MSTCA, but declined to comment on it.

“What I can say is that we are trying our best to help ensure that the student athletes are not put in the middle of this very controversial situation,” he said. “We want our student athletes to be able to enjoy the best educational athletic experience possible while participating at Wellesley High School.”

The girls and boys track & field and cross-country teams have been a force in recent years, nabbing a series of state championships between them. Most recently, the girls won the all-state indoor track title and the boys came in second in their competition