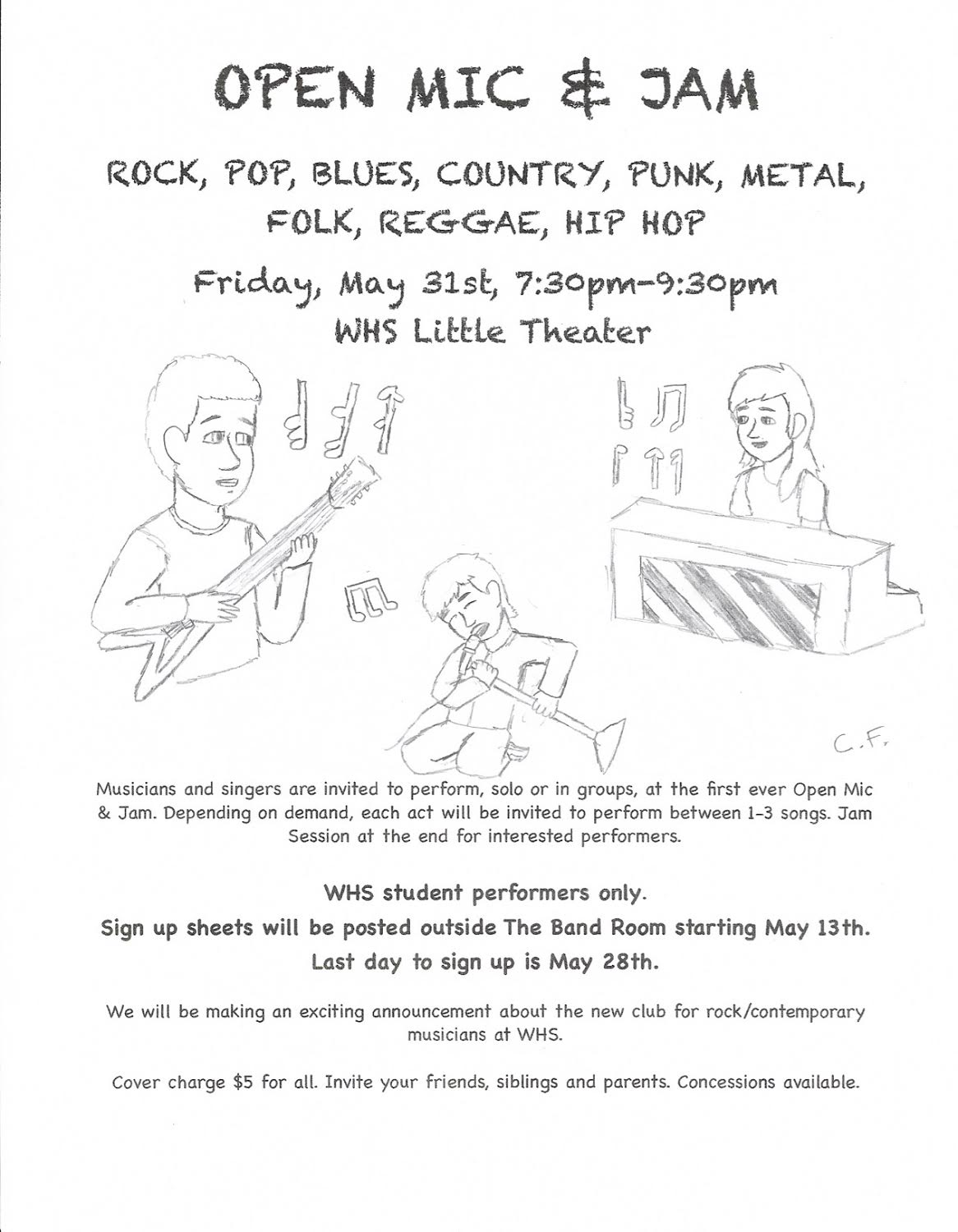 Kick-Off Open Mic and Jam to be held on May 31 at 7:30 in the WHS Little Theater The award-winning performing arts program at Wellesley High School is one of the largest and most impressive in the country. With five choral ensembles, four student-run a cappella groups, a wind ensemble and concert band, two orchestras, and three jazz bands, only one genre is conspicuously absent: rock music (and its cousins country, reggae, pop, metal, and hip hop). While the WHS a cappella groups often cover rock and pop songs, there has been a lack of opportunity for electric guitarists to shred, drummers to pound, bass players to lay it down, and keyboard players to tear it up on stage.

This school year, Wellesley High School parents Shira Doron and POPS Co-President Molly Coté spearheaded an initiative to start a WHS Rock Band Club, with the hope that rock & roll will eventually be integrated into the performing arts curriculum. Both women are performers themselves. Doron, a doctor by day and rocker by night, sings with acoustic and electric bands Catalyst and Off Label and is a guest vocalist for other groups. Coté has a degree in theatre from Holy Cross and has worked as a producer of corporate events and videos. Back in the day, she also fronted some rock bands. WPS Director of Performing Arts Mike LaCava worked with Doron and Coté to frame and help map out their long-term vision for a Rock Band program. Doron modeled the initiative after the program at her own high school, which was started in the 1980’s and is still going strong today.

She consulted with that program’s 30-year director for advice on how to launch something similar in Wellesley. In order to get the Rock Band Club off the ground, the Wellesley Public Schools will initially partner with the Wellesley Recreation Department. Over time, if there is sufficient interest and support, the plan would be to seek funding and hire teachers. Wellesley High School students who play or sing rock music (or any of the genre’s contemporary subcategories) are invited to audition in September.

Rehearsals will take place once a week in the evening, to maximize participation by students who have after-school commitments. Concerts will be held twice a year. The band can accommodate several guitarists, bass players, drummers, and keyboard players, and a larger number of singers. Students who play instruments not typically used in rock music, like the flute, violin, cello or sax, are also welcome to audition.