It was a late-spring Saturday, warm enough for an outdoor adventure. The forecast called for overcast skies, a bit of a breeze, and temperatures in the mid-70s. So not quite a classic a beach day. Still, after a long winter we wanted to remind ourselves what the ocean looked like. A hike, we thought, less than two hours  from Wellesley. A place that offered a few miles of trails, plenty of ocean views, and nature galore.

We found what we were looking for at Sachuest Point National Wildlife Refuge in Middletown, Rhode Island. About 50 miles from Wellesley, the drive clocked in at about one hour, fifty minutes to the national park run by the US Fish and Wildlife Service. There, nature lovers can park for free in the large lot while they roam the 242 acre penisula that sits between the Sakonnet River and Rhode Island Sound.

From the mid-1600s to the early 1900s, Sachuest Point was used for farming and sheep grazing. During World War II, the U.S. Navy used the site for a rifle range and communications center. In 1970, a 70-acre donation from the Audubon Society of Rhode Island led to the establishment of Sachuest Point National Wildlife Refuge. Later land transfers from the Navy brought the refuge’s acreage to its current 242 acres, ensuring the preservation of an  important stopover and wintering area for migratory birds. 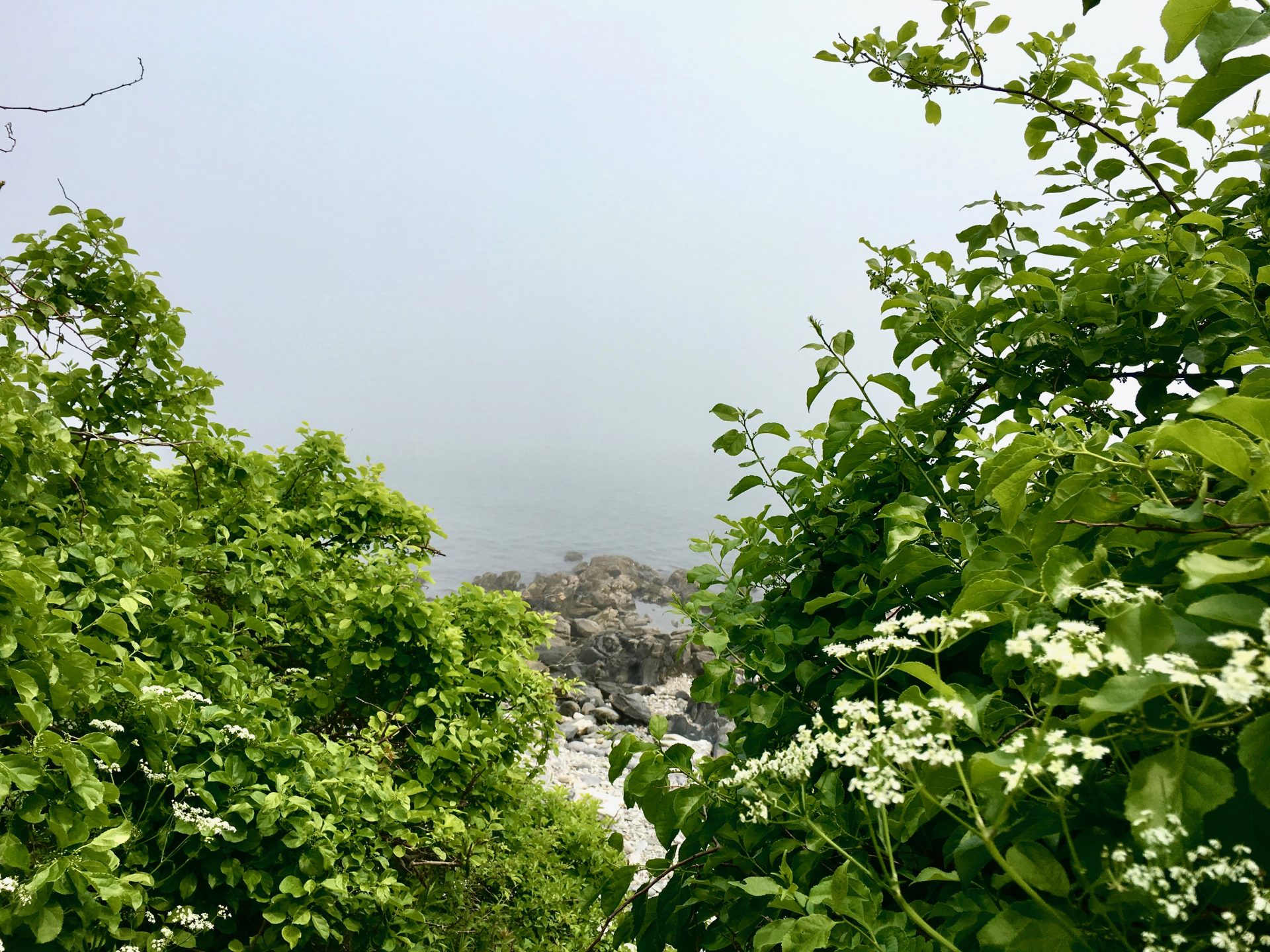 Nearby the Refuge are the popular Second and Third beaches. Just don’t try to leave your car in the Refuge lot and walk over. It’s not allowed, and a ranger is on duty to make sure you don’t go rogue. When we first got there, we saw a woman park her car, put her surfboard under her arm, get on her skateboard, and mosey down the easygoing hill leading to Second Beach. She looked so cool and surfer-girl, with her sun-streaked hair and her flaunting of the parking rules. Within ten minutes a ranger was stationed outside to prevent more scofflaws. Looks like summer is here, and the parking is not going to be easy, even if you are a free-spirited wave rider.

Just a few miles away is Newport, with plenty of lunch and shopping options, if you’re inclined to go in that direction. We had a nice day trip to this corner of Rhode Island and recommend Sachuest Point for those looking for a relaxed outdoor experience just a bit beyond Wellesley.

Beyond Wellesley: The hidden gardens of Beacon Hill

Beyond Wellesley: The Magnolia Trees of Back Bay