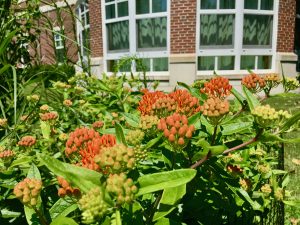 On August 5, 2019 at 7:07 p.m. Officer Keenan was conducting traffic enforcement on Worcester Street when he observed a Mazda sedan and conducted a random query of the vehicle’s registration.  The query showed that the registered owner’s license was suspended.  Officer Keenan stopped the vehicle and spoke with the operator and owner.   He was taken into custody, transported to the station, booked in the usual manner, afforded all rights and later released on personal recognizance.  During the motor vehicle inventory an open container of beer was located in the center console.  The can was still cold to the touch and there was condensation on the outside of the can which indicated it had recently been opened.

On August 7, 2019 at 4:38 p.m. Officer Harris was dispatched to the area of Worcester Street and Lexington Road for a motor vehicle accident.  While processing the accident Officer Harris queried the information of one of the operator’s involved in the crash,  which showed there was an active warrant for her arrest issued by the Brighton District Court. She was taken into custody, transported to the station, booked in the usual manner, afforded all rights and later released on personal recognizance.

On August 7, 2019 at 6:55 p.m. Officer Mankavech was on patrol on Washington Street when he observed a Volkswagen sedan with an expired inspection sticker.  He stopped the vehicle and spoke with the driver,  and asked for his license and registration.  A query of his information showed that his license was suspended.  He was taken into custody, transported to the station, booked in the usual manner, afforded all rights and later released on personal recognizance.

On August 8, 2019 at 7:15 p.m. Officers Pino and Dixon were on patrol on Worcester Street when they observed a Lexus sedan traveling in front of them.  They queried the vehicle registration which showed that there were several queries of the vehicle registration recently and the operator of the vehicle on multiple occasions in July.  A query of the operator’s information showed there were several warrants for his arrest.  Officers Pino and Dixon observed the operator and confirmed he was the suspect, at which point they attempted to stop the vehicle.  He slowed down, but did not stop and then accelerated…

and entered traffic again heading west on Worcester Street.  He then reversed directions and began traveling east on Worcester Street.  Officers Pino and Dixon attempted to stop the vehicle and as it approached the intersection of Worcester Street at Donizetti Street there was traffic stopped for the traffic signal.  The operator attempted to squeeze in between the vehicles in the right and left travel lanes causing a motor vehicle crash at which point he stopped.  While attempting to take him into custody he was uncooperative and would not follow their directions.  He was taken into custody, transported to the station, booked in the usual manner, afforded all rights and held without bail.

On August 5, 2019 at 10:35 a.m. Officer Mankavech was dispatched to the Warren Building for a report of a past breaking and entering into a motor vehicle.  Officer Mankavech spoke with the reporting party who stated that the front passenger window was smashed sometime between 9:55 a.m. and 10:35 a.m. and a purse was taken from the vehicle.  The incident is under investigation.

On August 5, 2019 at 4:57 Officer Poirier was dispatched to a call for a suspicious letter that was received by a resident.  The reporting party stated that her husband is the president of a company and a customer sent a letter to their home complaining about the service they had received.  The reporting party felt it was suspicious that the letter was sent to the home address rather than the company headquarters in Rhode Island.  There were no threats made in the letter.  Extra checks of the area will be made.

On August 6, 2019 at 1:50 p.m. Officer Mankavech was dispatched to a business on Central Street for a report of larceny.  The female reporting party stated that they utilize Shopify and their online account was hacked and the direct deposit account was changed.   There were 3 deposits made to the fraudulent account totaling $1,027.80.  Officer Mankavech is investigating.

On August 6, 2019 at 6:52 p.m. Officer Harris was dispatched to a business on Linden Street for a report of a purse that was stolen from a bathroom within the business.  The purse contained approximately $2,000 in cash as well as two passports.  The report is incomplete at this time and no further information is available.

On August 7, 2019 at 7:11 p.m. Officer Harris was dispatched to a residence to speak with a male reporting party about identity theft.  The reporting party stated on August 3, 2019 he received a notification via LifeLock that there had been an inquiry on his credit score by Verizon Wireless in Georgia.  He stated he contacted Verizon and they advised him to contact his local police department.  He further stated he had also received an email to his personal email account thanking him for visiting Sam’s Club in Georgia.  The email was in regards to a Verizon Wireless account.  Officer Harris is investigating.

On August 7, 2019 at 2:45 p.m. Officer Kane was dispatched to a financial institution on Worcester Street for a report of possible financial exploitation of an elderly relative by a family member.   The employee who reported the concern stated that there had been several withdrawals in the past year from an account with their institution and it appeared the account holder may have been influenced by a family member to make those withdrawals.   The elderly female party was somewhat confused and another family member was contacted to pick her up.  Officer Kane reported the incident to Elder at Risk.

On August 2, 2019 at 2:20 p.m. Officer Wagner spoke with a female reporting party at the police station who stated that a set of sterling silver flatware and serving pieces valued at $14,000 may have been stolen.  She stated it was also possible that they had been moved to a 2nd residence in Florida.  She wished to have it documented in case the items were not located.