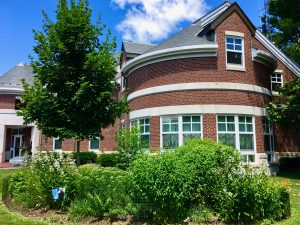 On August 13, 2019 at 6:53 a.m. Officer DeBernardi was conducting traffic enforcement on Washington Street near Maugus Ave when he observed a grey Nissan Altima traveling well over the posted speed limit of 30 mph.  Officer DeBernardi estimated the vehicle was traveling approximately 50 mph when it passed him.  He attempted to stop the vehicle on Washington Street near Morton Street. Officer DeBernardi had his emergency lights and siren turned on and also utilized the cruiser loud speaker to instruct the operator to stop.  All of his efforts to stop the vehicle were ignored by the operator. The vehicle was stopped when a marked police car traveled in front of the vehicle and slowed down causing the Nissan to eventually come to a stop. The operator indicated that he wasn’t aware he was supposed to stop, he was late for work and then stated he was looking for a safe location to pull over.  The operator did not possess a driver’s license. He was taken into custody, transported to the station, booked in the usual manner, afforded all rights and later transported to Dedham District Court.

On August 15, 2019 at 11:24 a.m. Officer Mankavech was on patrol when he observed a Ford pickup truck traveling on Worcester Street near Washington Street.  He conducted a random query of the vehicle’s registration which showed that the registration was revoked.  He stopped the vehicle and spoke with the operator, and requested his license and registration.  He stated he did not have his license with him and provided his name and date of birth. A Query of his information revealed there were three warrants issued by Clinton District Court for Larceny by Check Over $1,200, Breaking and Entering into a Building in the Daytime for a Felony, Larceny from a Building and motor vehicle related offenses.  Additionally, his license was revoked. He was taken into custody, transported to the station, booked in the usual manner, afforded all rights and transported to Dedham District Court.

On August 16, 2019 at 10:19 p.m. Officer Harris was on patrol on Washington Street when he observed a Honda SUV make a left turn from Cliff Road onto Washington Street through a red light.   He stopped the vehicle and spoke with the operator, and immediately noticed that her eyes were red and blood shot and there was a moderate odor of an alcoholic beverage coming from the vehicle.  She indicated she had 1 glass of wine when asked. She agreed to take some reasonable tests of balance and coordination to determine if she was able to safely operate a motor vehicle. She was unable to successfully complete those tests.   She was taken into custody, transported to the station, booked in the usual manner, afforded all rights and later released on personal recognizance.

On August 12, 2019 at 1:49 p.m. Officer Cunningham was dispatched to a residence on Worcester Street for suspicious activity.  The reporting party stated on August 9th she had placed no trespass signs on the property and covered the garage windows with plastic.  She stated on August 12th she noticed the plastic was removed from the garage windows, the lock was missing and two of the no trespass signs were missing.  She stated it did not appear that anything was missing.

On August 15, 2019 at 10:00 a.m. Officer Mankavech spoke with an employee from the Wellesley Recreation Department who stated that someone had written their name in permanent marker on several structures around Morses Pond and they were unable to remove the marker.  She stated the male party is known to the Recreation Department and they wanted the incident documented.

On August 18, 2019 at 1:28 a.m. Officer Fritts was dispatched to the area of Oakridge Road for a report of a missing 18-year-old female party.  Officers checked the area as the find my iPhone application indicated that the missing party’s phone was in the area.  A short time later that the missing party had been located on Bristol Road and was extremely intoxicated.  The female party was reunited with her parents and her phone was located the following day in the yard of a residence on Oakridge Road.