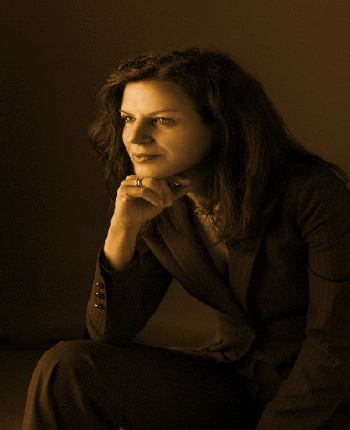 The Wellesley Club will hold its first meeting of the 2019 – 202o year on Monday, September 23, 6pm, at the Harvard Club of Boston, 374 Commonwealth Avenue, Boston. The guest speaker will be Juliette Kayyem, Senior Belfer Lecturer in International Security at Harvard’s Kennedy School of Government and national leader in homeland security, resiliency and safety.

Juliette Kayyem has spent over 15 years managing complex policy initiatives and organizing government responses to major crises in both state and federal government. She is currently the Senior Belfer Lecturer in International Security at Harvard’s Kennedy School of Government, where she is faculty chair of the Homeland Security and the Security and Global Health Projects. Ms. Kayeem is the author of Security Mom, a memoir that explores the intersection and commonalities of her life in homeland security and her life as a mother. She is also the founder of Kayyem Solutions LLC, providing strategic advice in resiliency planning, risk management, mega-event security, infrastructure protection and cybersecurity. Ms. Kayyem appears frequently on CNN as their on-air national security analyst.

Previously, Ms. Kayyem served in the Department of Homeland Security, as President Obama’s Assistant Secretary for Intergovernmental Affairs, where she played a pivotal role in major operations including handling of the H1N1 pandemic and the BP Oil Spill response. Prior to that, she was Massachusetts Governor Deval Patrick’s homeland security advisor guiding regional planning and the state’s first interoperability plan, climate change policies, and overseeing the National Guard.

Ms. Kayyem has served as a member of the National Commission on Terrorism, a legal advisor to US Attorney General Janet Reno, and a trial attorney and counselor in the Civil Rights Division at the Justice Department. She is the recipient of many government honors including the Distinguished Public Service Award, the Coast Guard’s highest medal awarded to a civilian. In 2013, she was named the Pulitzer Prize finalist for editorial columns in the Boston Globe focused on ending the Pentagon’s combat exclusion rule against women, a policy that was changed that year.

About the Wellesley Club

The Wellesley Club is the oldest civic organization in Wellesley, having been established 130 years ago in 1889, and has been influential in the development of the Town.  The Club’s declared purpose is “to promote literary and social culture among the members and especially to consider and discuss questions relating to the welfare of the Town of Wellesley.”

The Wellesley Club attracts residents with a genuine interest in the well-being and progress of the Town and its businesses. The Club provides a forum for public discussion of pertinent topics and an opportunity to meet and discuss a wide range of issues. Town residents with an interest in the Wellesley Club should contact a current Club member or Club Secretary, Peter Cory at info@wellesleyclub.org. For more information about the Club, events and membership visit www.wellesleyclub.org.