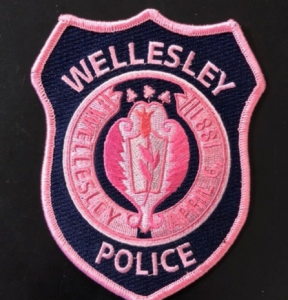 On October 15, 2019 at 7:15 p.m. Officer Dixon was traveling east on Worcester Street when he observed a blue Honda SUV that was traveling above the posted speed limit.  He stopped the vehicle and spoke with the operator, and requested his license and registration.  He provided the vehicle registration and a fraudulent International Translation of Foreign Driver’s License card.  Officer Dixon advised the man that he was aware from his training and experience that this card was fraudulent at which point the driver provided Officer Dixon with an identification from the Dominican Republic.  A query of his information showed no active license status.  He was taken into custody, transported to the station, booked in the usual manner, afforded all rights and later released on $200 bail.  During the booking process the man’s fingerprints came back under a different name.  He indicated that he had previously used an alias.

On October 18, 2019 at 1:45 a.m. officers were responding to a call in the area of Wellesley Square when an officer drove by a vehicle parked on Crest Road.  The New York registration on the Acura sedan was recognized by the Automatic License Plate Reader in the police cruiser as a vehicle that was possibly connected to the theft of mail from a mail box in early September.  Officer Wagner observed the vehicle make a left hand turn from Crest Road onto Central Street and then continue onto Washington Street.  As the vehicle was traveling east on Washington Street an ambulance was driving west and the Acura failed to move over for the ambulance.  Officer Wagner stopped the vehicle and spoke with the operator and passenger.  While speaking with them Officer Wagner noticed there were items in the vehicle that are used to illegally remove mail from U.S. mail boxes.  He also noticed there were a large number of credit or gift cards and cash in a console between the rear seats.  The 2 men were taken into custody for Possession of Burglarious Instruments.  A short time later Officer Dennehy was approached by a male party who stated his friends had left him, he was from New York and his friends were in an Acura sedan.  Officers spoke with that man, who admitted they had come to the area to attempt to illegally remove mail from the mailboxes at the Grove Street Post Office.  He was taken into custody, transported to the station, booked in the usual manner and afforded all rights.  The first 2 were held on $1,000 bail; the third was held on $500 bail.  All three were transported to Dedham District Court.  The U.S. Postal Inspector was contacted and will be assisting with this ongoing investigation.

On October 15, 2019 at 9:12 a.m. Officer Cunningham spoke to a female party regarding a passport she lost approximately 3 weeks ago.  The report incomplete at this time and no further information is available.

On October 15, 2019 at 9:36 a.m. Officer Harris spoke with a male reporting party regarding a stolen wallet.  The male party stated a family member’s wallet which contained credit cards, a debit card, personal documents and approximately $100 was stolen while they were on vacation in Spain.  They had already cancelled their credit cards and notified their credit monitoring agency.  They wanted to report it to the police in case they became the victims of identity theft in the future.

shoplifting.  A description of a white female with a pony tail in her 40’s wearing a black puffy vest was provided by a store employee.  The report is incomplete at this time and no further information is available.

On October 17, 2019 at 11:00 a.m. Officer Mankavech spoke with a male reporting party regarding check fraud.  The reporting party stated that there were multiple unauthorized checks that had been written on his bank account with people he did not know as the payees.  As of the time of this report none of the checks had been cashed and the reporting party had not suffered a financial loss.  Officer Mankavech spoke with a female party who had received one of the checks and she stated she had answered an advertisement for Public Clearing House Games and was told she would receive $500 a week to wrap her car in advertisements and then received instructions she needed to follow along with a $2,500 check.  She did not feel the check was a legitimate check and contacted the Wellesley Police Department.  The incident is under investigation.

On October 17, 2019 at 2:55 p.m. Detective Connelly spoke with a reporting party about a larceny.  The report is incomplete at this time and no further information is available.

On October 18, 2019 at 4:30 p.m. Officer Griffin was dispatched to a parking lot on Linden Street for a report of a vehicle that had been keyed.  Officer Griffin viewed video footage and observed two male parties who appear to be dragging something along the sides of some of the vehicles they walk by.  Both male parties appear to be white juveniles.  The incident is under investigation.

On Oct. 19, a 35-year-old male cyclist was struck by a Jeep SUV at around 9am at the intersection of Weston Road/Central Street.  The cyclist was transported to Newton-Wellesley Hospital for evaluation and came to the police station a few hours later to retrieve his bike.

The cyclist was traveling west on Central Street and a Jeep SUV was turning left from Central Street east onto the Weston Road bridge.  The cyclist and Jeep collided.  The operator of the motor vehicle was issued a citation for failure to yield.