The Wellesley Police Department is participating in a nationwide campaign in which police departments sell pink patches during Breast Cancer Awareness Month. You’ll see some department members wearing the patches as well during October.

The $10 patch can be purchased at the police station and showcases the Wellesley town seal. Proceeds go to the Julie Fund for Women’s Cancer, which was started in 2004 when Julie McAvinn, a Wellesley resident, died from ovarian cancer at the age of 40. The fund is used for women’s cancer research, patient and family support, and educational programs in order to raise awareness of the symptoms and treatments for all types of women’s cancer. 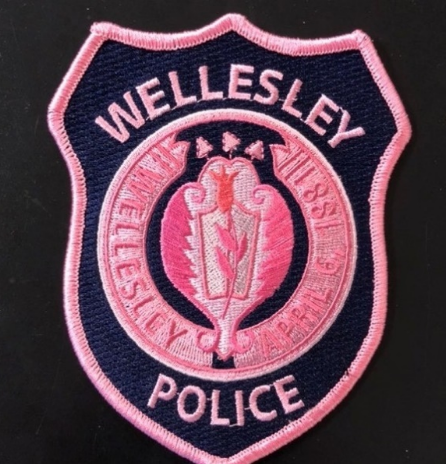 Also raising money to support breast cancer awareness in October will be CycleBar, which is partnering with the Young Survival Coalition (YSC).

Cyclebar Wellesley will be holding its first YSC Partnership ride on Oct. 19 at 12 p.m.