A Wellesley Playing Fields Task Force Subcommittee, after surveying the boom in local sports participation and taking into consideration environmental and neighborhood concerns, recommends lighting up the High School stadium and overhauling the lights at several nearby fields and courts.

The public is being invited to review the subcommittee’s Wellesley Playing Fields Lights Report and weigh in via nrc@wellesleyma.gov or in person at upcoming Natural Resources Commission (NRC) meetings, including one on Dec. 5 at the Warren building (the NRC owns the properties under discussion). The subcommittee shared its findings last month at an NRC meeting.

The subcommittee argues that more, and less glaring, lights will allow way more people to take part in sports, including kids who get squeezed out of high school sports that have limited rosters. The report also suggests that having facilities more available will prevent student-athletes from cutting out of classes early for practices on the road.

Sports organizers could also save tens of thousands of dollars by using town properties instead of renting fields elsewhere, according to the report. The report focuses its light recommendations on turf fields, which are less affected by weather conditions than grass fields, which would often be out of commission due to rain even if they had lights.

Allowing lights at the WHS stadium could boost community morale by allowing for nighttime games, and allow WHS to host playoff games, according to the subcommittee. WHS is in the minority among nearby schools when it comes to a lack of lights. Nighttime lights at the stadium would also be a win for sports equality: Not only would the football team get to show its stuff at night, but girls’ field hockey, plus soccer and lacrosse would also have a chance to be showcased. Most of the nighttime activity would actually be for practices, according to the report, issued by a committee including reps from the schools, sport boosters, Department of Public Works, and more.

No word on whether the newfangled lights might zap those nasty EEE- and West Nile virus-carrying mosquitoes that have been keeping athletes in at dusk. But they would have remote controls, allowing them to be turned off when not in use, and would be environmentally friendly by relying on clean energy from the Wellesley Municipal Light Plant.

The cost of lights at the stadium could exceed $400K, and it would be roughly about that much for replacing lights at the surrounding fields, according to estimates in the report. Funding would come from various of public and private sources.

The subcommittee reviewed the Sprague turf fields, and despite the fact that seemingly anything goes over there, lights were not recommended at that complex.

Abutters’ concerns over glare, noise associated with nighttime events, and traffic are all addressed in the report. Wellesley’s sporty police department says it’s got a handle on nighttime event traffic, based on past events.

The next regular NRC meeting will take place on Thursday, Dec. 5 at 7 p.m. at the Warren Building (90 Washington Street). 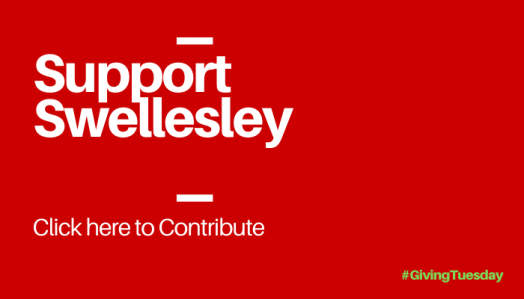