Here’s a round-up of what a couple of Wellesley theater groups are up to:

At an evolutionary museum far in the future, a curator tells the story of two present-day people on a first date interrupted by a comet hitting the Earth, with globally catastrophic repercussions. This couple soon finds themselves as the last two people on the planet; the fate of humanity suddenly lands on their shoulders as they realize they could be the new Adam and Eve. Spanning billions of years, boom riotously looks at the depths of humanity – what we want from one another, how we take care of each other, and how our stories become important.

Wellesley Theatre Project‘s (WTP) audition-only touring group, IMPACT! will attend the Junior Theatre Festival January 17 – 19 in Atlanta Georgia as the only group from Massachusetts, along with 6,000 others performing artists representing 129 groups, 31 states, Australia, New Zealand, and the United Kingdom. WTP will present a selection from Disney’s The Little Mermaid. 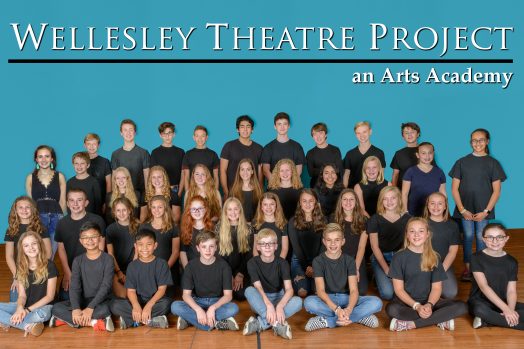 At the festival, youth theatre companies perform 15-minute staged selections from titles in musical licensor Music Theatre International’s Broadway Junior collection for adjudication, after which students attend interactive workshops. Students interested in technical theatre can participate in the tech track, which includes the opportunity to work alongside industry professionals backstage for the festival’s main stage events.

Wellesley Theatre Project is an arts academy and a Wellesley nonprofit devoted to providing students (PreK – 12th Grade) with the opportunity to study and experience theatre and performing arts through year round classes, staged productions, workshops and summer camps. Upcoming WTP performances include Into The Woods (April 2nd – 5th) and Once On This Island (May 8th -10th).

Registration is now open for WTP’s Winter and Spring semester, which includes weekly classes in theatre, acting, musical theatre dance, tap, improvisation, private voice lessons, and musical theatre for students Pre-K through 12th grade. In addition, registration is open for WTP’s Winter and Spring productions of Once On This Island, Jr. (Grades 2nd- 12th) and Into The Woods (Audition Only – Grades 7th-12th). Registration is also open for WTP’s 2020 Summer Camps. Sessions include three production camps geared for students between 2nd and 12th grade in addition to one week Theatre Arts camps for Pre K- 12th grade. The production camps are: Annie, KIDS! (Grades 2-8), Newsies (Grades 2-12), and Footloose (Grades 8-12).

The Infinite Wrench is a barrage of 30 original plays performed in random order-a theatrical race against an onstage clock set for one hour. Each play offers something different, be it funny, profound, elegant, disgusting, topical, irrelevant, terrifying, or a song; all are truthful and tackle the here-and-now, inspired by the lived experiences of the performers.