The Wellesley School Committee meeting on Feb 11 at Town Hall covered updates on the Hardy, Hunnewell, Upham (HHU) project and a discussion on the schools redistricting, which is expected to take place in 2024 (see Wellesley Media’s recording of meeting below). There is still an ongoing feasibility study that will lead to a recommendation on building at either the Hardy or the Upham site. Based on the study results, the School Committee expects to make a recommendation to the School Building Committee by April 2 on whether a school should be built at either Hardy or Upham.

The School Committee supports a scenario in the HHU project in which two schools would be rebuilt (Hunnewell and either Hardy or Upham). The School Committee would retain ownership of the third school. The building would be put to use to educate students if enrollment, which is currently trending downwards, trends back upward to 2,350 students.

Superintendent David Lussier described cost savings of going to a six-school model. He put forth an estimated projected cost savings for FY2020 of $410,831 due to staffing reductions. Closing a school would mean that the salaries for a principal, secretary, librarian, and several other positions would be eliminated, resulting in the savings, which were also broken down through FY2025.

Not all are sold

This scenario is not popular with some residents, who would like to see all seven schools remain open. A non-binding referendum has been placed on the ballot for the March 17th annual Town election. The referendum was put together by a volunteer team which collected signatures of at least 10% of Wellesley’s registered voters.

Do you believe the Town of Wellesley should keep our current seven neighborhood elementary school model by rebuilding and/or renovating the Hardy, Hunnewell and Upham Elementary Schools, instead of closing one school and redistricting all of our elementary students into six schools? Please vote YES or NO.

A YES vote would advise the Town of Wellesley to retain our current neighborhood school model by renovating and/or rebuilding the Hardy, Hunnewell and Upham Elementary Schools.

A NO vote would advise the Town of Wellesley to close either Hardy Elementary School or Upham Elementary School, without voter input on which school to close, and to re-district all our town’s elementary school students into six schools.

Regarding the referendum question, School Committee member Sharon Gray said, “The School Committee has a position statement that has guided our work on the HHU project for building two schools at a 3-sections per grade level, and a third school when enrollment is at or trending above 2,350 students.”

The School Committee’s position statement leads with, “Foremost, the School Committee will advocate for facilities that will best serve the elementary students of Wellesley by meeting their educational programming needs, and will work to provide those facilities in the most fiscally responsible manner.”

You can see the entire position statement here.

From there, the meeting went over to the issue of redistricting.

Wellesley Public Schools last month asked for input on elementary school redistricting maps. The maps were developed by the Redistricting Advisory Committee and shared with the community in January. After input from residents at two community forums, a survey (which 600 residents responded to), and other communications, the committee refined and updated map options.

The community feedback that was reflected in the survey, the forums, and through emails to the School Committee and the School Building Committee brought up concerns of a school closure; of safety, particularly Route 9 crossings; walkability; and specific neighborhood assignments.

During Citizen Speak, Kelly Friendly said that Route 9 was a reality in town and that “50% of Wellesley’s middle school and high school kids cross Route 9.”

Amy Gottschalk read a petition, which she then presented to the School Committee. The approximately 400-word document was signed by 125 residents, most of whom live in the area south of Lowell Road between Sprague Road and Cliff Road and are currently districted to attend Upham School. The petitioners would, under the the Hardy map scenario, be redistricted to Sprague School. Gottaschalk read, “we recognize the need to redistribute residents to the various elementary schools in order to maintain a minimum building usage capacity when redistricting from seven to six schools. However, requiring students who prefer to walk or bike to school to cross a busy highway such as Route 9 with vehicles traveling at speeds of 50 mph is short sighted…we support the safety of our children and we support a map that keeps the current Upham district attending an elementary school north of Route 9.”

Other parents spoke up to voice their concerns about students having to cross Route 9 to get to school. Kate Sullivan said, “We specifically moved to our neighborhood because of the walkability and because we did not have to cross Route 9.”

Other parents said that redistricting would pull them away from their community and that such an action would have a negative effect on their ability to really get to know their neighbors. Another parent pointed out that Linden Street was also not a safe street.

The next School Committee meeting will be Tue., Feb 25, at Town Hall. The expectation is that the maps will be voted on at that meeting.

The School Committee acknowledged that none of the maps is perfect and the goal was to balance enrollment, walkability, and respect for natural neighborhood boundaries.

Speaking as a School Committee member, Jim Roberti noted that people want their children to stay in their neighborhoods: “We’re going to have a problem with the voters.”

The School Committee’s Gray asked for clarification from Roberti: “Are you suggesting we close Hunnewell? Is that what I’m hearing from you?”

“I would certainly look at it after seeing these maps,” said Roberti, who also serves on the Planning Board.

Supt. Lussier said, “If Hunnewell doesn’t exist, we’d be pushing through the worst chokepoints in town to go to other schools. Hunnewell may not be the ideal site. We have to have a school somewhere in this area to serve that geographic area. Without a school there, it would wreak havoc on the other districts.”

You can see the redistricting maps here. 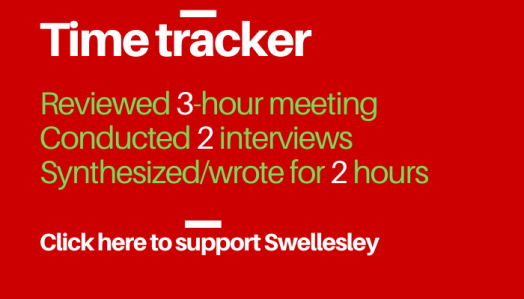