Before the coronavirus outbreak hit, Wellesley High School’s Wind Ensemble had its sights set on performing this spring at Symphony Hall in Boston for an annual Gold Medal Showcase organized by the Massachusetts Instrumental and Choral Conductors Association.

While the musicians won’t have a chance to perform at the venue in person this April due to the health crisis, Wellesley High music teacher Steve Scott has worked with students to reunite them virtually and produce a piece of music that has Symphony Hall reverb built into it. 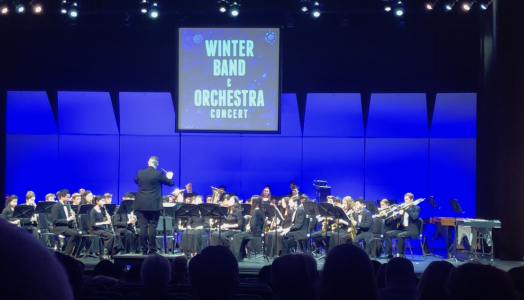 “Over the last week, members of the WHS Wind Ensemble worked individually to reacquaint themselves with a previously learned piece they performed in the Fall, ‘Suite Divertimento’ (1997) by modern wind band composer Jay Gilbert,” Scott explains. “Students were then invited to record themselves performing the first movement ‘Prologue’ using cell phone voice memos playing along with a metronome set to 136 BPM in their headphones–so that all individual performances would lock to the same tempo.”

Scott calls this virtual performance “the next best thing,” and says he hopes  this gives the community a needed lift.

Now that we have “proof of concept,I anticipate more to come…!” he says.

More:  Wellesley schools superintendent: “We need to be doing more than what we’re doing now”