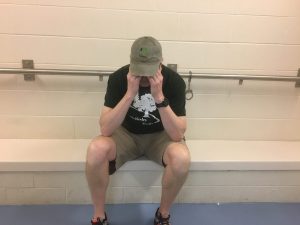 Not that the jail cells at Wellesley Police Department are typically crowded, but the number of arrests in town has fallen sharply since Gov. Baker declared a State of Emergency on March 10 due to the COVID-19 pandemic.

Overall, the number of arrests reported in the police logs distributed by the Wellesley Police Department fell 17% from 41 in the first 18 weeks of 2019 vs. 34 in the comparable period of 2020. Since March 10, the number of arrests in town has been a measly 6 vs. 26 during the comparable period of 2019—a 77% free fall. In 6 of those 9 weeks, no arrests have been recorded.

County law enforcement officials have requested that Wellesley and other police departments summons individuals instead of arresting them whenever possible due to COVID-19.

The other obvious reasons for fewer arrests are that fewer people are roaming around or driving through town, and perhaps too that residents being home scares off those who might commit crimes. Not to say that the stress resulting from the coronavirus crisis isn’t resulting in domestic crimes that may or may not be reported. 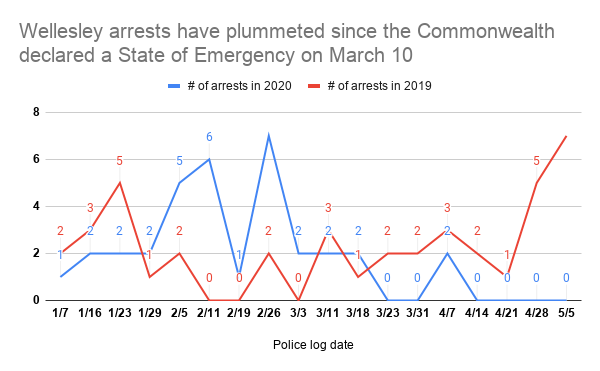 Note: The release of police logs don’t exactly match up week to week year over, but this gives you the general idea.

Attention attorneys: It would be a crime not to support Swellesley. Here’s how to Advertise and/or Donate to support our independent journalism venture.