When we called Tamara Kanevsky after noticing that her Golden Needle tailoring shop in Wellesley Hills appeared to be cleared out, we were ready for sadness on the other end of the phone.

But instead, we were relieved to hear the Wellesley resident and shop owner was laughing, saying that the pandemic sped her retirement by a couple of years but that the timing is good. She’d been at 445 Washington St. for about 20 years in a shop that oozed history, and a little ways down the road before that.

But given that wedding, prom and party attire were her specialties, the health crisis dried up most of that business. And even as the state reopens, many of her customers have headed to the cape and Nantucket for the summer. Wellesley’s pricey rent isn’t forgiving either, she says.

Kanevsky has been making the best of a challenging situation by crafting cotton masks for customers and frontline workers around the country. She assures her customers that she is happy and healthy, and hopes the same is true for them.

What’s next for Kanevsky? “A lot of gardening,” she says.

Based on her sewing artistry, we’re guessing that’s a pretty fine looking garden, too.

Tamara’s Golden Needle is the latest in an unfortunately growing list of recent closing of Wellesley shops that includes Fastachi, White’s Bakery, Elizabeth Renee, Kidville, Marcus, and earlier closings this year, including Pine Straw and Papyrus. Brueggers hasn’t responded to inquiries, Winston Flowers says it is closed through summer. 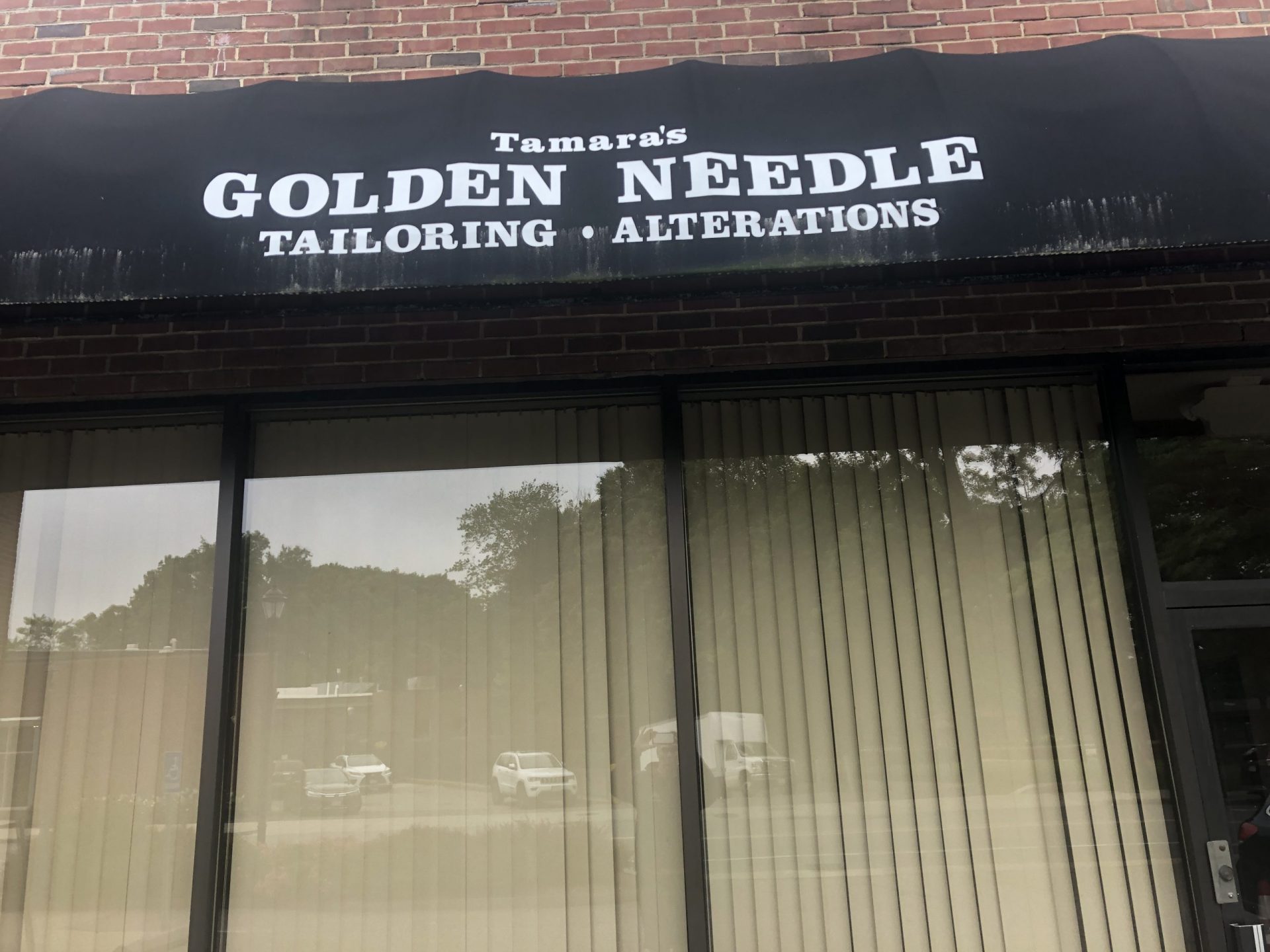 Wellesley Merchants cleaning up thanks to COVID-19 grant

Wellesley merchants and patrons are among those benefitting from a second Wellesley COVID-19 Relief Fund grant awarded to the town’s Health Department to pay for hand sanitizer refills for those 40 stations you may have seen popping up at storefronts across town. The original grant also supplied more than 250 merchants with personal protection gear, says Demian Wendrow, owner of London Harness/Tumi and president of the Wellesley Square Merchants Association.

No July Jubilation this summer, but merchants are mulling alternatives

Due to the pandemic and efforts to avoid crowding, the annual July Jubilation shopping and family fun event in Wellesley Square won’t happen this summer as we know it.

However, merchants are brainstorming about alternatives to keep July Jubilation’s outdoor spirit alive, such as by having regular sidewalk sales. Details and logistics are still being discussed, and we’ll update you when we know more.

The state has given the go-ahead to gyms and other fitness facilities to reopen their doors if they adhere to social distancing and other rules. A number of Wellesley businesses are jumping right on this, opening either this week or next. These include Boston Sports Club (July 6), Btone (July 8) and Club Pilates (July 13). Others are sticking with virtual classes for now, and others, like Pure Barre invite you to join them for outdoor classes in Linden Square on Tuesday mornings.

Market 2day, a mobile app, shopping and delivery service that brings local food to busy people using farmers markets as distribution points, has expanded its delivery area to Wellesley. Tech executive Insa Elliot launched the service for people who would rather buy from small local food producers than large supermarket chains, but are too busy to make it to the farmers market. The company delivers meat and eggs from local farms, bread from local bakeries and other locally-produced food to homes and, in some towns, to “Community Hubs” (places where people go to on a regular basis like workplaces, daycare centers, fitness communities etc.). 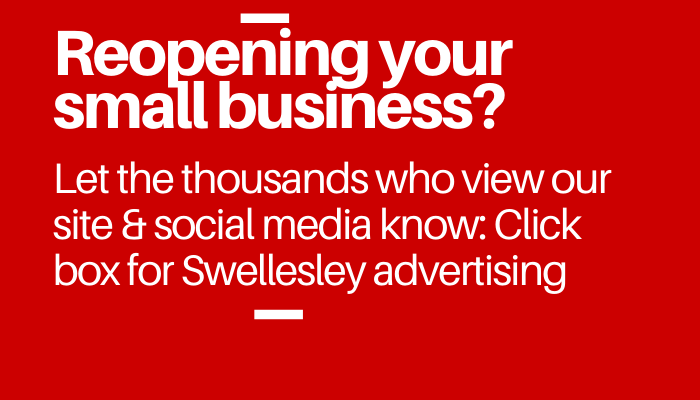