Wellesley converted the Tailby parking lot into a drive-in movie theatre on Monday night, inviting first responders to take in locally filmed “Knives Out” in the fresh air. A series of 10 more Mobile Movie nights will be held, including what look to be sold-out shows Tuesday and Wednesday (you can register for future movies via the Recreation Department up to 5 days in advance).

I kind of feared that first responder night would mean lots of monster trucks filling the lot (based on the rigs I’ve seen parked at the police and fire stations) and making it tough for people in the back rows to see anything. But the 40-foot inflatable screen, which would have served as a fun after-party trampoline back in the day if laid down in the lot, was easy to see from any space. 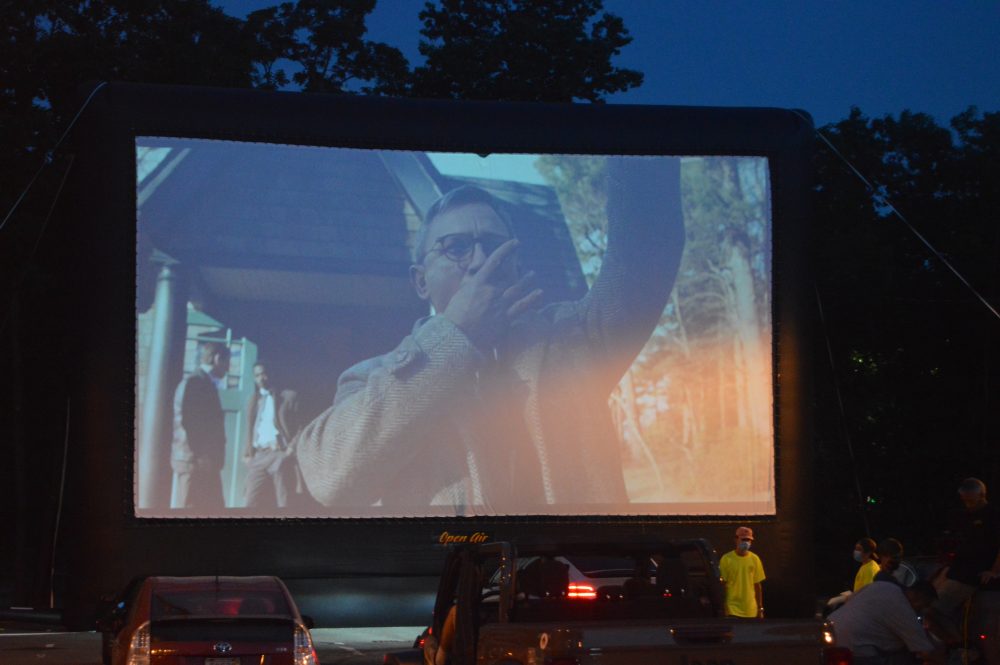 Young parking attendants did a good job socially distancing vehicles, keeping the two dozen or so cars and trucks from being too close and making sure nothing would scratch the sweet black convertible in the front row.

It definitely felt like summer, with temperatures still in the 80s after dusk and attendees relaxing in truck beds and popping out of the top of vehicles.

I didn’t stick around for the movie myself, leaving a bit after 8:45pm when it was set to start (turns out The Artist might have been a better movie choice that night in light of audio difficulties that were worked out by the second night of the series). I had just watched the film a couple of weeks ago and didn’t want to blurt out any spoilers.

Plus, I actually have a hard time spending any more time than I need to in that lot, having lost several days or weeks of my life waiting for late commuter rail trains at the Wellesley Square station over the years.

Having said that, I might be tempted to check out one of the later offerings in the line-up to take part in Wellesley’s spirited attempt to provide summer fun for residents. The entertainment comes courtesy of collaboration across numerous town organizations with funding from the Kiwanis Club and Community Fund for Wellesley COVID-19 Relief Fund. 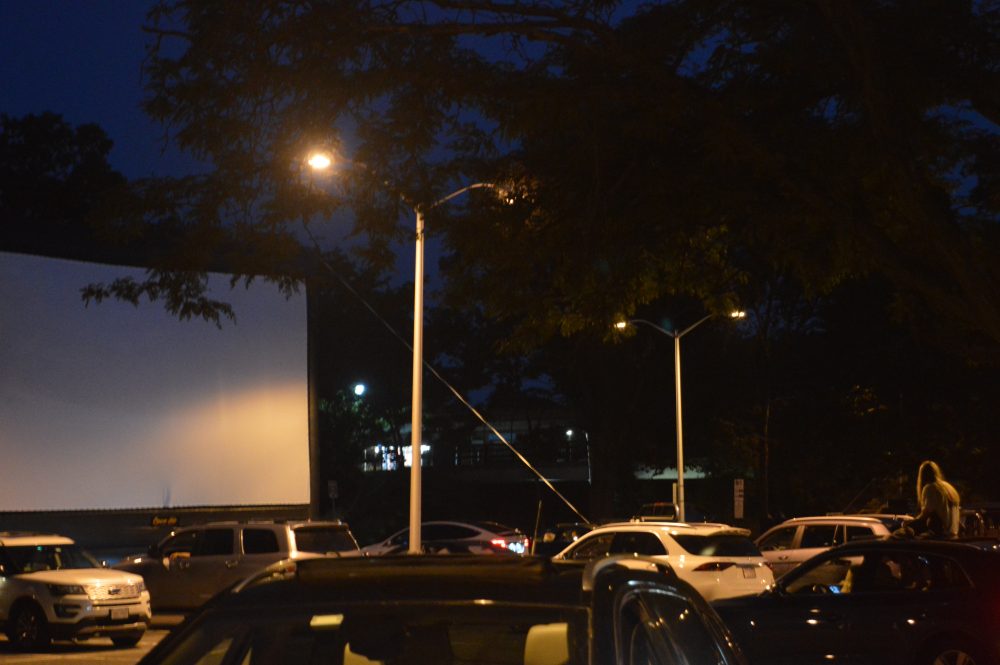