Registration is now open for the Wellesley Turkey Trot, which will be a virtual event in light of COVID-19 restrictions. The race, which has been held under its current name since 2014, traditionally takes place early on Thanksgiving Day, but this year runners will have the flexibility to run or walk a 5K course of their choosing anytime between Nov. 21-29.

Kate Maul and the team behind the race are dedicating this year’s trot to race founder Carol Chaoui, the inspirational runner and Wellesley resident who passed away in August. Chaoui, who lived with multiple forms of cancer for years, raised hundreds of thousands of dollars for medical research and other good causes through the Wellesley Turkey Trot Foundation and other fundraisers.

“We’re hoping to really make it a community event even though it will be ‘a virtual’ race this year,” Maul says. “We are asking our runners to honor Carol’s memory by wearing pink or orange,  her favorite colors, and/or super hero gear.”

Participants are encouraged to share photos of themselves in their running attire on the Wellesley Turkey Trot Facebook page.

Runners will receive bibs and shirts as usual. The race logo has been updated with C.C. as well as a ribbon.

While runners can choose a 5K course of their own, race organizers strongly encourage participants to avoid the traditional Wellesley Turkey Trot course since it includes a mile through the Wellesley College campus, which is closed to the public during the pandemic.

Traditional age category prizes won’t be awarded, but plenty of other prizes will be doled out for categories such as largest family team and fastest team. 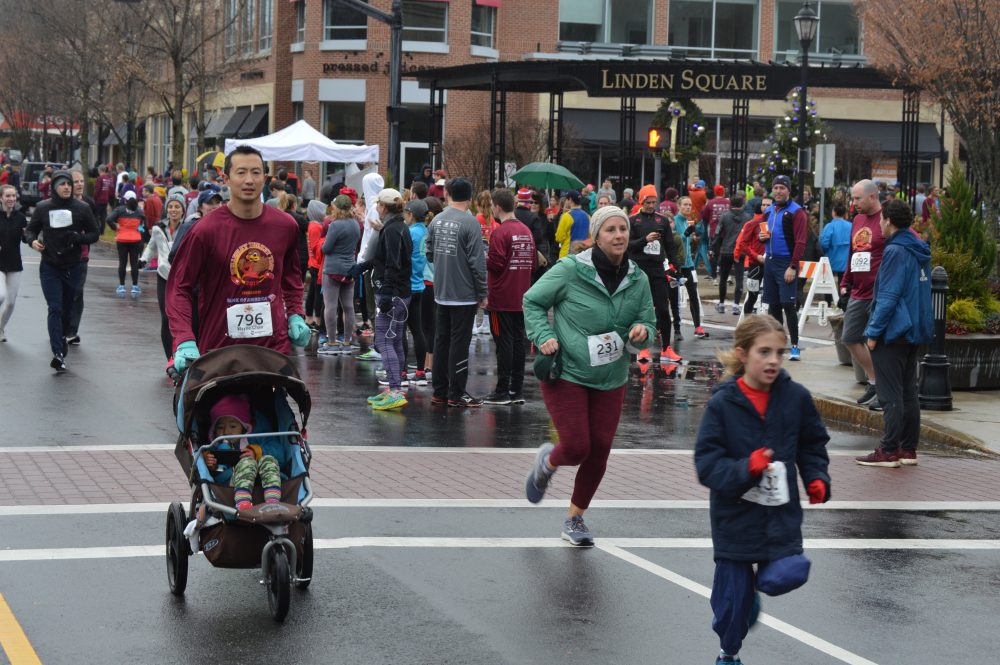