Our roundup of the latest Wellesley, Mass., business news.

The Wellesley Square Starbucks has a sign on the door letting customers know that they’ll have to get their caffeine fix elsewhere for now. The sign, which has been up since at least Saturday, reads, “Closed due to COVID-19 cases inside here.”

Presumably they’ve let the afflicted out by now to receive treatment.

Ramble Market has popped up for the holidays in Wellesley Square, at 91 Central St. Don’t be fooled by the awning over the front door that says “Pop 91.” That was the business that popped up in that space last holiday season. They’re back, actually, but now they’re just called “Pop,” and they’re located at 50 Central St. Got all that?

Back to Ramble, the very cool antiques and vintage home furnishing accessories store with a 15,000 square-foot store in Waltham. That really amazing piece you saw in your friend’s swank living room? Her decorator probably got it at Ramble. Both the Waltham and Wellesley locations are always open to to the public to seek out rugs, fine art, hand-crafted furniture, and more.

So maaaaybe the property manager is getting some nibbles. It’s been more than a year since anyone has nibbled at the Dunkin’ Donuts, which closed in September, 2019. 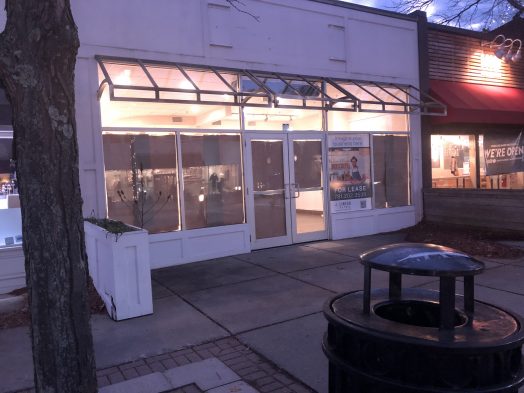 We’ve noticed that the HYP Yoga sign on Church Street has come down, but we’re not sure what exactly that means. A look at the HYP website shows a mention that “our Wellesley location remains closed,” leading us to hope that the closed doors of the popular hot yoga and Pilates studio is just a temporary situation. Our attempts to reach someone at the Needham studio (what they refer to as the mothership) have been unsuccessful.

They’re probably busy running in-person classes out of their newly opened annex in Needham, a huge space that can accommodate up to 20 yogis while adhering to COVID guidelines.

Boston Sports Clubs in Wellesley still open, but getting sued

The Boston Sports Clubs in Wellesley is still operating despite its parent company filing for bankruptcy in September and current and past members still complaining that the business won’t stop charging them for services not rendered. Massachusetts Attorney General is now suing the parent Town International for “violating state laws and refusing to follow through on previous commitments with the AG’s Office to provide refunds to thousands of affected consumers.”

“From the start of this pandemic, Boston Sports Clubs has shown a total disregard for its members, for good business practices, and for the law,” AG Healey said in a statement. “This company claimed it wanted to do the right thing, but it reneged on its promises. We are taking action today to secure relief for the thousands of people who have been cheated by BSC.”

The AG’s office has received more than 2,000 complaints about the business. If consumers continue to have problems cancelling their contracts with BSC or have questions related to this lawsuit, they may call the AG’s consumer hotline at 617-727-8400. 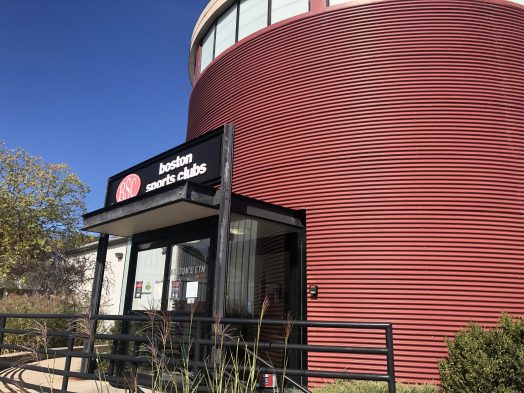 The Wellesley Historical Society reminds us that its Tollhouse Shop at  is open for business online during the holiday season. We’re seeing lots of holiday-themed items, including a bunch of Spode plates, etc., priced to go.

Items purchased online will be available for pick-up at the Tollhouse Shop, located at 229 Washington St. Contactless pick-up will be available on Wednesdays between 10am-2pm. Shipping and delivery are not offered, and in-person shopping has been halted during the pandemic.