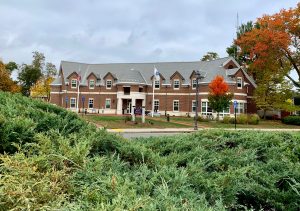 On November 23, 2020 at 6:29 p.m. Officer DiCenso was dispatched to Washington Street for a report of an erratic operator who was swerving all over the road.  Officer DiCenso located this operator and observed that the Dodge van was unable to maintain its lane of travel.  Officer DiCenso stopped the vehicle and spoke with the operator, and immediately detected a strong odor of an alcoholic beverage emanating from his person.  When asked how many alcoholic beverages he consumed he indicated he had 4 beers.  He agreed to take some reasonable tests of balance and coordination and was unable to successfully complete these tests.  He was taken into custody, transported to the station, booked in the usual manner, afforded all rights and later released on $5,000 bail.

On November 23, 2020 at 4:45 p.m. Officer DeBernardi spoke with a male reporting party regarding identity theft.  He stated he noticed a fraudulent charge on his PayPal account of $700 Euros for a purchase made from a company in the United Kingdom.  He contacted PayPal and was advised to contact his credit card company and dispute the charge.  He stated to dispute the charge his credit card company required a police report.  Officer DeBernardi advised him to contact the credit reporting bureaus.

On November 24, 2020 at 8:56 p.m. Officer Harris was on patrol on Worcester Street when he observed a blue colored Ford Expedition and conducted a random query of the vehicle’s registration.  The query came back canceled on a Maserati.  Officer Harris stopped the vehicle and spoke with the female operator and who had paperwork for the purchase of the vehicle on November 9, 2020.  She stated the owner of the dealership must have put the wrong registration plates on her vehicle.  She will be summonsed to Dedham District Court for Operating a Unregistered and Uninsured Motor Vehicle and Attaching Registration Plates to a Motor Vehicle.

On November 25, 2020 at 10:29 a.m. Officer Kane spoke with a female reporting party regarding keys that were taken when she inadvertently left them in the lock.  She stated she opened the business at 8:30 a.m. and at 9:30 a.m. she realized she left the keys in the lock and they were no longer there.  She was advised to contact a lock smith to change the locks.

On November 26, 2020 at 4:20 p.m. Officer DeBernardi spoke with a female reporting party for a dog bite.  She stated she was walking her dog when a neighbor’s dog bit her dog.  The dog did not appear to have any significant injuries.  The dog owner stated the dog is usually kept on the property by an invisible fence, but they had forgot to put the collar on that day.  She stated the dog has not bit another dog in the past.  The incident will be referred to ACO Webb.

On November 27, 2020 at 1:18 p.m. Officer Kane spoke with a female reporting party who stated that when moving in August a full service sterling silver dining set for 12 people valued at $20,000 went missing.  She stated she was unaware the sterling silver set was missing as it infrequently used.   She stated she has had a contractor fixing things in the house since September and also has a cleaner come once a week.

On November 27, 2020 at 11:24 p.m. Officer Gaffney spoke with a female reporting party who stated she believed she located a vehicle that had been involved with the theft of some lawn signs.  The report is incomplete at this time and no further information is available.

On November 27, 2020 at 10:51 p.m. Officer Harris was dispatched to the area of Great Plain Ave for a report of mailboxes being hit by the occupants of a dark colored F-150.  He stated that 3 mailboxes were damaged.

On November 28, 2020 at 8:36 a.m. Officer Gover responded to the intersection of Cliff Road and Cushing Road for a report of a bicyclist down and unconscious.  Upon arrival the cyclist was being assisted by a male and female party who stated that she appeared to lose control of the bicycle and fell over.  She was transported to the hospital for evaluation.

On November 29, 2020 at 12:24 a.m. Officer Fritts was dispatched to a residence for a report of a window that had just been smashed.  Upon arrival he spoke with the tenant and learned that two rocks had been thrown through the window damaging the window screen, shattering the glass in the window and damaging the blinds.  It did not appear that any neighbors had outside security cameras.  The tenant was unaware of anyone that would have intentionally thrown rocks through the window.   Shortly before this occurring there were youths in the field of the Hunnewell School that appeared to be fighting.   The youths were not fighting and were sent home.  There were no other reports of vandalism in the area. 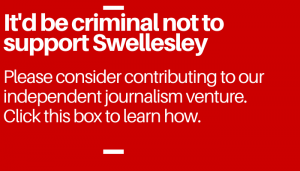