With reports that professional basketball player Gordon Hayward has signed a four-year $120M deal with the NBA’s Charlotte Hornets, Wellesley loses one of its Boston Swell-tics. We won’t be seeing the 6-foot, 7-inch tall Hayward, his wife Robyn, or any of their young kids cruising the Roche Bros., aisles anymore (my only live sightings) after Hayward rejected a $34M deal to stick with the Celts for another year. 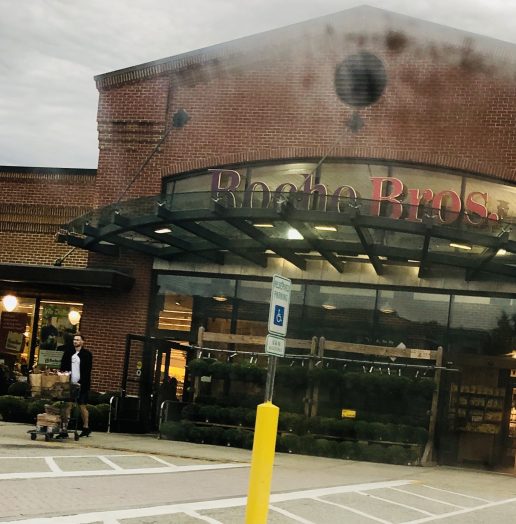 The Haywards moved into a $3M-plus Wellesley home in 2017 when Gordon joined the Celtics, whose Coach Brad Stevens and GM/President Danny Ainge also live in town.

We all should have known something was up though when Hayward, whose time with the Celtics has been marred by injuries, snagged another $3M mansion in Fishers, Ind., near where he grew up and where $3M gets you a lot more house than around here. Word on the street recently was that Hayward was angling to join the NBA’s Indiana Pacers, but it looks like he’s winding up none too close to there in Charlotte (though granted, closer than Wellesley).

Robyn Hayward posted a farewell note on her Instagram account in which cast some obligatory blame on the media, then shouted out neighbors,  Roche Bros., Wasik’s, and the police (for checking on her every day?). 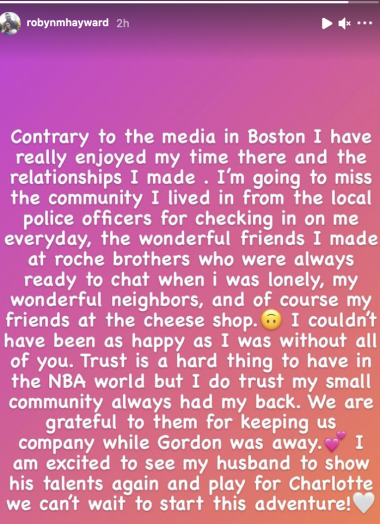 We wish the Haywards well, except when the Hornets play the Celtics, and now someone with a few bucks can soon have the claim to fame of living in a former NBA player”s house… 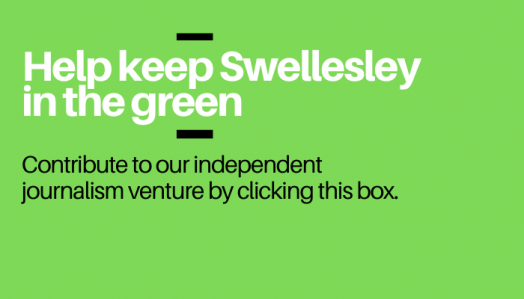