About a year ago we’d noticed that the wishing well that abuts the Guernsey Path and Charles River in Wellesley had been destroyed by a falling tree. We’d happened upon it during a Wellesley Trails walk.

We hadn’t been by there in a while, but were happy to see that the wishing well is back and looking better than ever. It even has reflectors on it to ensure people don’t smash into it in the dark…

Thanks to a Swellesley reader we connected with one of the homeowners, shared more details on the wishing well renovation (we agreed to keep their names out of this).

“My husband spent several weekends reconstructing the wishing well behind our home. He tried to preserve and reuse as much of the original cedar as possible as it’s quite hard to find. He replaced the entire roof with cedar shingles and even purchased a strip of copper for the peak of the roof. He added reflectors as we often see cyclists, runners and even x-country skiers going by after dark. Coming soon is a newly purchased wooden bucket and rope!”

Many neighbors stopped by as the homeowner worked and shared their appreciation for the trails landmark.

The fix-up finished in the fall. “We had a big delay in construction because wasps built a nest in the ground under the rubble and my husband was stung twice trying to get at it. He decided to wait until fall when the wasps settled down to finish the work.”

The homeowners says they don’t know when the well was originally built. It’s actually not really a well, but a decorative cover for “an unsightly sewage access point.” If you don’t know, the trail along that stretch exists in the first place because it’s an easement for the town sewer line that runs behind the properties there.

“If you look closely along the trail you will see other access points that are concealed in other ways,” the homeowner says.

One more fun fact: Rumor has it that former Pats quarterback Tom Brady looked at this property but decided against it because the easement would allow the public in his backyard… 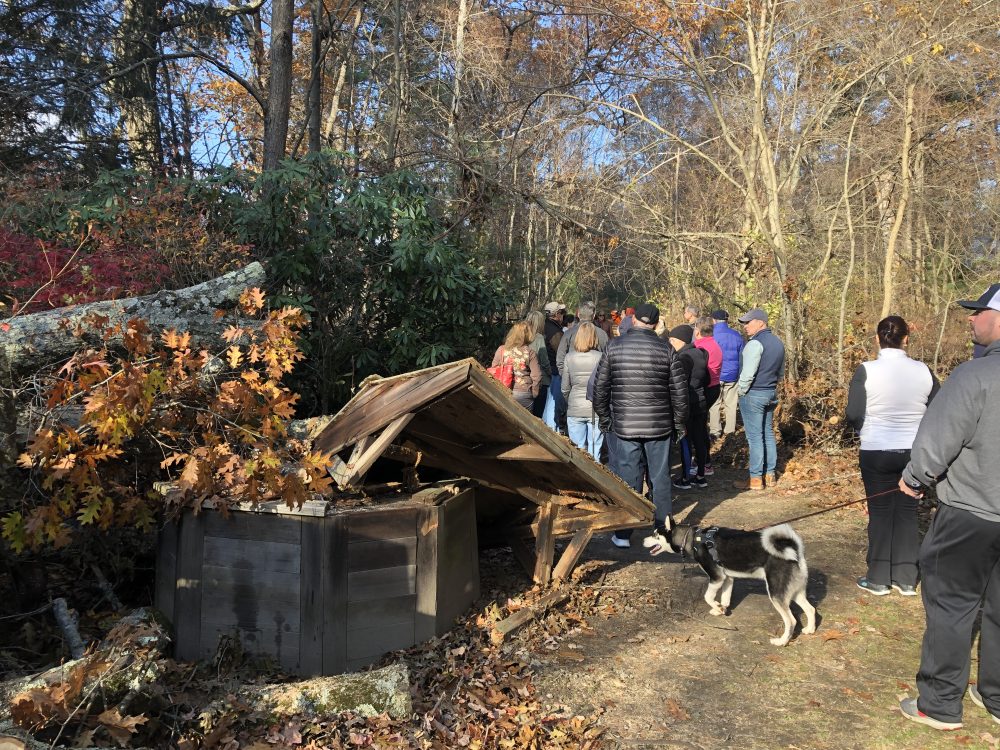 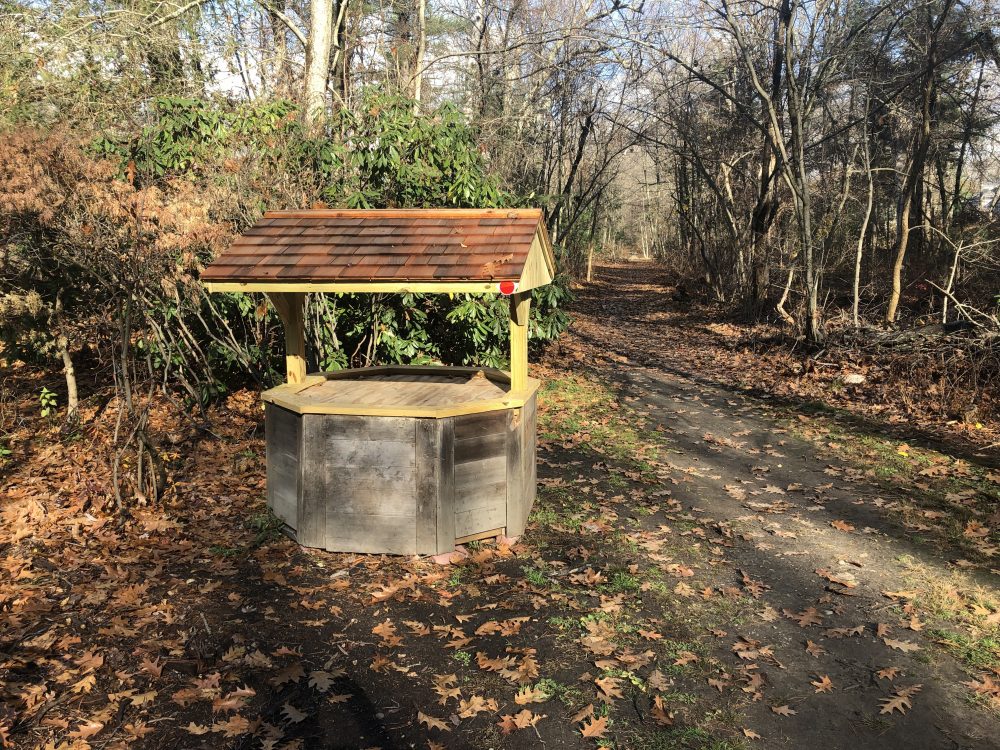