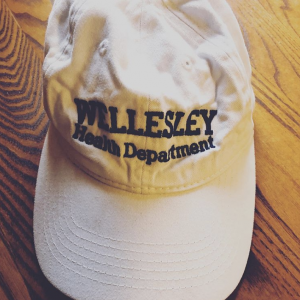 I’ve been meaning to check in with Wellesley Health Dept. Director Lenny Izzo and his team for a COVID-19 check-up forever, but every time I go to reach out, I think: They’re working around the clock, I don’t want to bother them.

The United States’ approval of vaccines finally moved me to get ahold of Izzo, who was joined by Ann Marie McCauley, the town’s public health nurse supervisor, for a brief chat on Monday, Dec. 21. The team was at the start of a busy day that included meetings with the School Department and Board of Selectmen (soon the Select Board), with which it has been working closely.

The Health Department expects its initial role in vaccine distribution will be in administering them to police and fire personnel. It’s unclear how much of a role it will then have to play until vaccines are dispensed to the general public during the state’s phase 3 of the rollout next year.

The Health Department has submitted paperwork, some with regional emergency preparedness partners, to get access to the vaccine as early as possible, Izzo says. The town has also filed for approval to have the vaccine on site. “There are a lot of logistics that go into this,” he says, noting that details of plans aren’t yet public.

Even though Wellesley’s Health Department has displayed its skills at running flu vaccine clinics, including drive-thru ones, it’s unclear whether the same model will work for the COVID-19 vaccines. “For everybody this will be a first-time vaccine and you kind of have to wait 10-15 minutes to see if there’s any kind of reaction,” McCauley says. The COVID-19 vaccines also have a strict reporting model that the town will need to adhere to after administering them, and health personnel will need to handle reconstitution of the vaccine before it can be dispensed.

But as Izzo notes, the town will get to learn first by administering the vaccine to a small group in the first responders. His team is working with the town’s information technology group to come up with a scheduling system to arrange dates up front for both the first and second doses to make sure they are administered within the allowable timeframe.

Wellesley will look to administer the vaccines to first responders in staggered shifts to ensure that large swaths of the fire and police departments aren’t vulnerable to side-effects at the same time.

It’s unclear at this point how the vaccine process with work for teachers and school staff, though they are currently listed under phase 2 of the state’s plan, expected to kick in between February and April. No one under 16 will be eligible for either vaccine, so most students will not be getting shots.

The rollout of vaccines among the Wellesley Public School community could play a role in how the public school system handles viral testing as the school year continues into 2021, according to Supt. Dr. David Lussier, who was slated to give a testing update at the School Committee meeting on Tuesday, Dec. 22. Lussier doesn’t expect the availability of vaccines to the WPS community to negate the need for at least some testing to continue.

Izzo says the town is well equipped to distribute the vaccine once it gets ahold of it, and McCauley said a new wave of volunteers (including physicians) has come forward to help with vaccine distribution.

While it’s difficult to sum up the whirlwind that Wellesley’s Health Department has been through this year, I did ask to get a sense of what things are like now vs. earlier in the pandemic.

“The spring was tough but it was easier than it is now,” McCauley said, to my surprise. “In the spring we had most of our cases in the skilled nursing facilities and they managed them and did the contact tracing. Now most cases are out in the community in households and it feels like a tsunami at the moment. Maybe I’m just getting tired…”

Izzo chimed in: “We’re all tired, our department has been going seven days a week since March….we’re all communicating at all hours of the night as cases come in.”

While we’re well past the point of public messaging about COVID-19 precautions being tuned out by many, town health officials stress that residents must not let their guard down, especially within households and if gathering with those outside their homes. A real challenge is figuring out how COVID-19 is being brought into households in the first place.

The town saw a spike in cases following Thanksgiving, as expected, with as many as 10-12 cases a day (see the Town’s COVID-19 dashboard for more numbers), and is bracing for the worse in the wake of Christmas and New Year’s. Wellesley mainly handles its own contact tracing rather than relying on the state-run Community Tracing Collaborative to ensure that those who need to quarantine do so.

Izzo was particularly busy early on during the pandemic, with logistics, policies, planning, and taking the emotional aspects into consideration. He’s worked throughout the year to ensure his team has the personal protective gear—it’s much easier to get now than it was in the spring—and personnel resources it needs. Town officials have been sympathetic to the Health Department’s personnel needs in terms of approving hires and promotions at a time when departments across Wellesley are being asked to rein in spending in light of decreased revenue. The Health Department includes nurses, environmental health workers, and social workers.

One new challenge being dealt with is a uptick in complaints from citizens about compliance with COVID-19 rules. This has been seen more so in offices, such as dental offices and law firms, as well as in apartment buildings, where people have cited concerns about lax mask wearing, overcrowding and lack of signage in common areas.

There haven’t been many complaints about more public-facing businesses like restaurants, though COVID-19 cases have emerged among employees such as line cooks who might be behind the scenes at those businesses (there has not been much in the way of evidence of transmissions to the public from restaurants in town). The Health Department is planning a fresh series of walkthroughs at restaurants and businesses to ensure that they are clear on current rules and adhering to them.

Izzo told the Board of Selectmen that he has more concerns about areas such as youth sports. He cited an example of a hockey player who tested positive, resulting in three teams overall needing to quarantine. This was no minor contact tracing effort, and the town has brought on contractors to help in this aspect of its work.

The public schools have seen an uptick in cases among students, including at the elementary school level of late, according to Supt. Lussier, who shared an update with the Board of Health on Dec. 21. More than half of the cases identified by the school system now are for students. He said there’s a lot of anxiety going into the holiday break revolving around compliance with COVID-19 safety protocols, and suggested a joint announcement from the School Department and Health Department could be forthcoming.

Addressing anxiety, stress, and isolation brought about by the pandemic has been a challenge for the Health Department

McCauley says she used to be in regular touch with residents of Wellesley’s public housing residences to take people’s blood pressure. “I got to see people every week and I knew how they were doing and I haven’t done that since March, so I just don’t feel like I know what’s happening with a lot of people,” she says. “Nobody’s doing better than they were a year ago, that’s for sure…”

Wellesley’s Human Relations Service, which attends to mental health in the community, has seen an uptick in need and Izzo says that organization has been “straight out.” Provider access has gotten worse, which is big part of the problem, he says.

The Health Department is working with HRS, as well as the Council on Aging and other groups, to ensure that at-risk members of the community are being identified and provided with necessary services, including meals.