A Babson College MBA student did his best to help a red-faced screech owl but to health, but the bird’s injuries proved too severe.

Fellow Babson MBA student Jacob Shotmeyer contacted us to let us know that his friend Alex Zhang had discovered the owl in his backyard in Wellesley, and that it wouldn’t move when approached.

Zhang contacted Alison Webber, a nearby state-and -federally licensed wildlife rehabilitator, who examined and treated the owl. The bird apparently been attacked by another bird of prey and suffered an abdominal injury and infection, likely a few days before being discovered, Webber told us.

Unfortunately, the infection had already gone too far and the owl died overnight, Webber said.

During the ordeal, Shotmeyer said he learned that Zhang coincidentally comes from a family in which other members have come across injured owls and made efforts to help them. 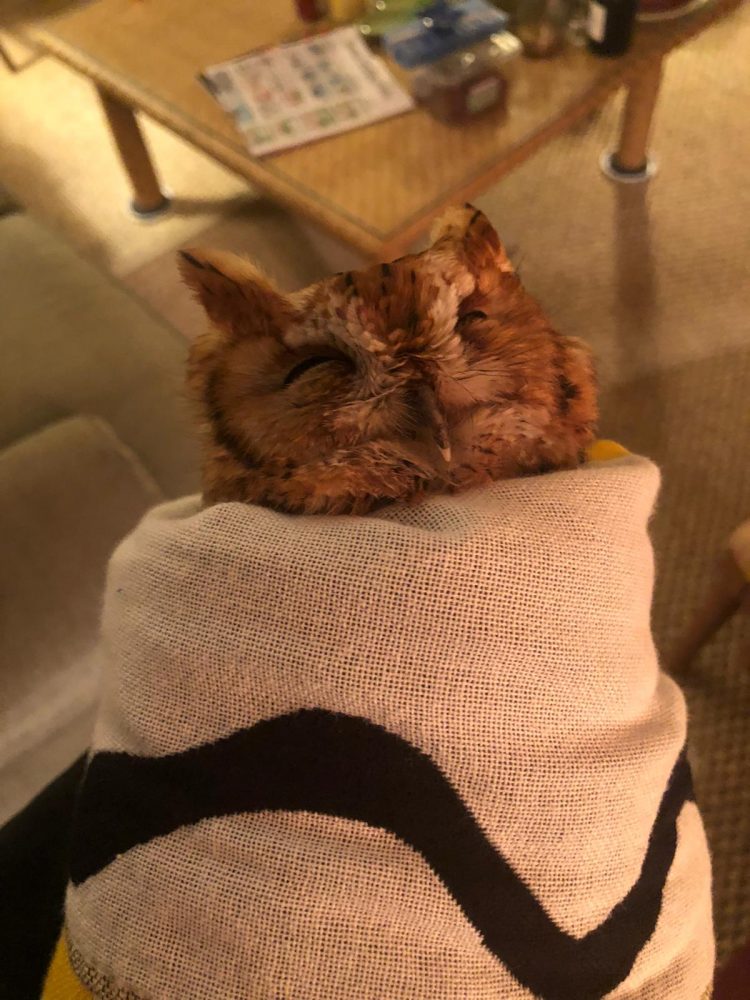 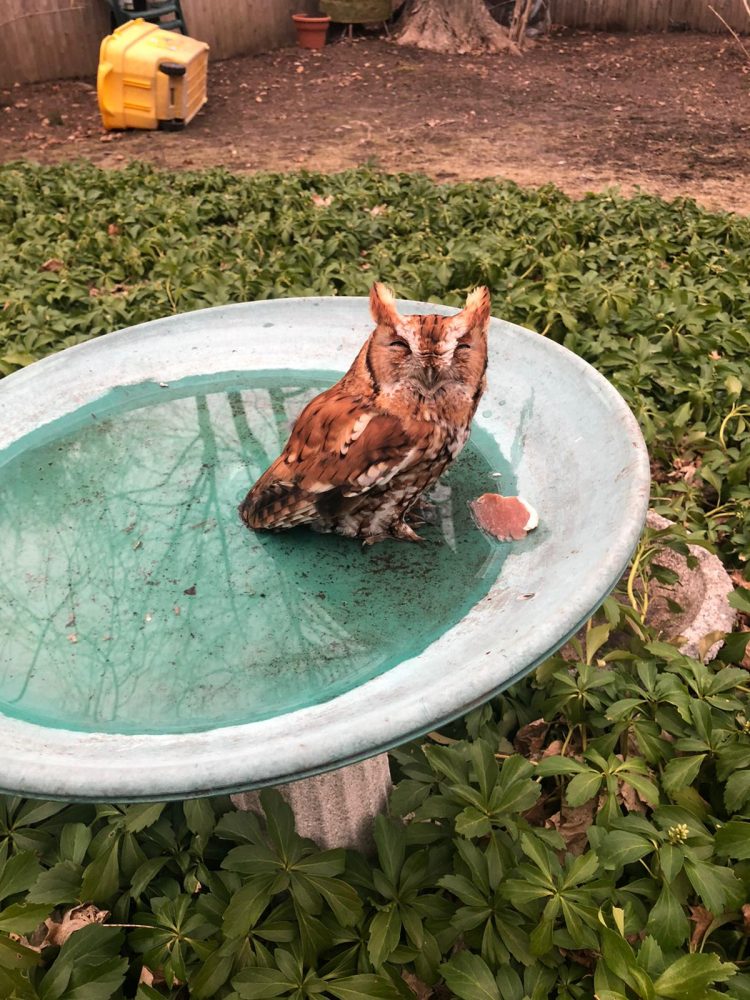