We don’t have an official sports reporting staff, so we admittedly cover the topic in a catch-as-catch-can way. But we’ve had a number of things sent our way of late, so here you go:

Congrats to the Wellesley Youth Hockey U12 girls team, which won the U12 Girls Division South Championship on Saturday, April 3 in overtime.
The players,  ages 11-12, won their final conference game against the Masco Lady Chieftains at the Ryan Arena in Watertown. The team was coached by Barrett Coakley. 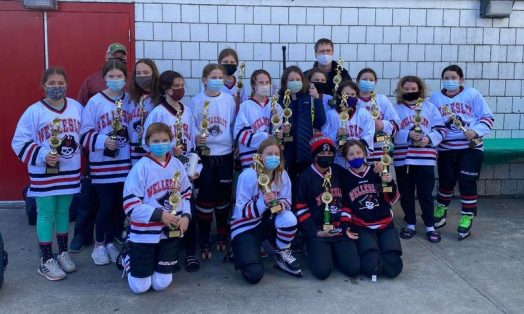