It wasn’t an official Wellesley’s Wonderful Weekend, but it had that kind of feel to it.

That annual event was scrapped last year due to the pandemic but is making an official comeback on the first weekend of October.

This weekend in town, renewed energy could be seen across Wellesley.

I started my Saturday helping the Wellesley Trails Committee install flower boxes on the lower falls footbridge that traverses the Charles River next to the  Waterstone assisted living facility on Washington Street. We’re hopeful that flowers, which will be planted and tended by Waterstone, will be blooming in those boxes before summer’s done, as bridge beautification ideas have been discussed since before the current bridged replaced a dilapidated railroad bridge about a decade ago. 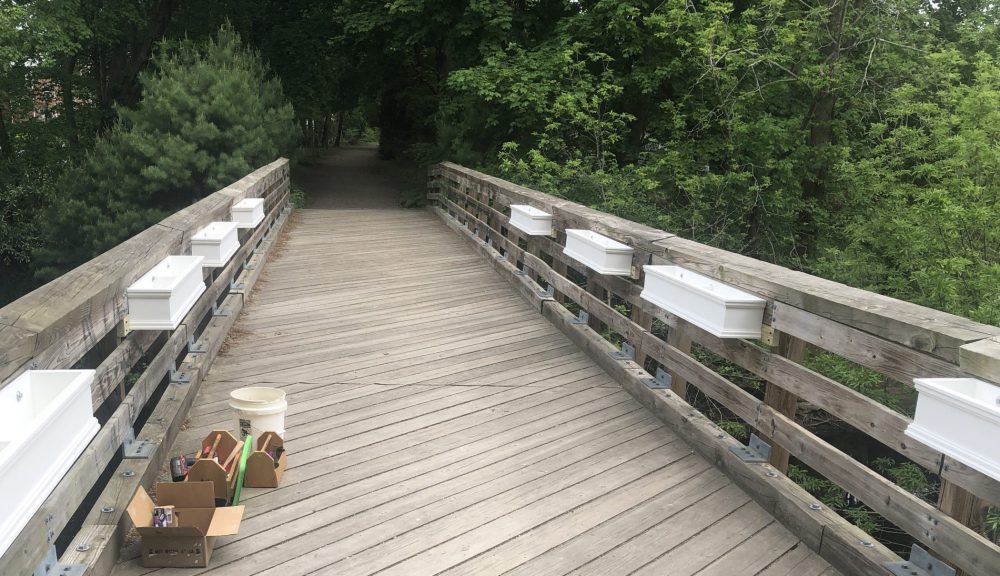 On my back through Wellesley, I spied a town employee giving the raised lettering on the Wellesley Hills train station sign a fresh coat of paint. 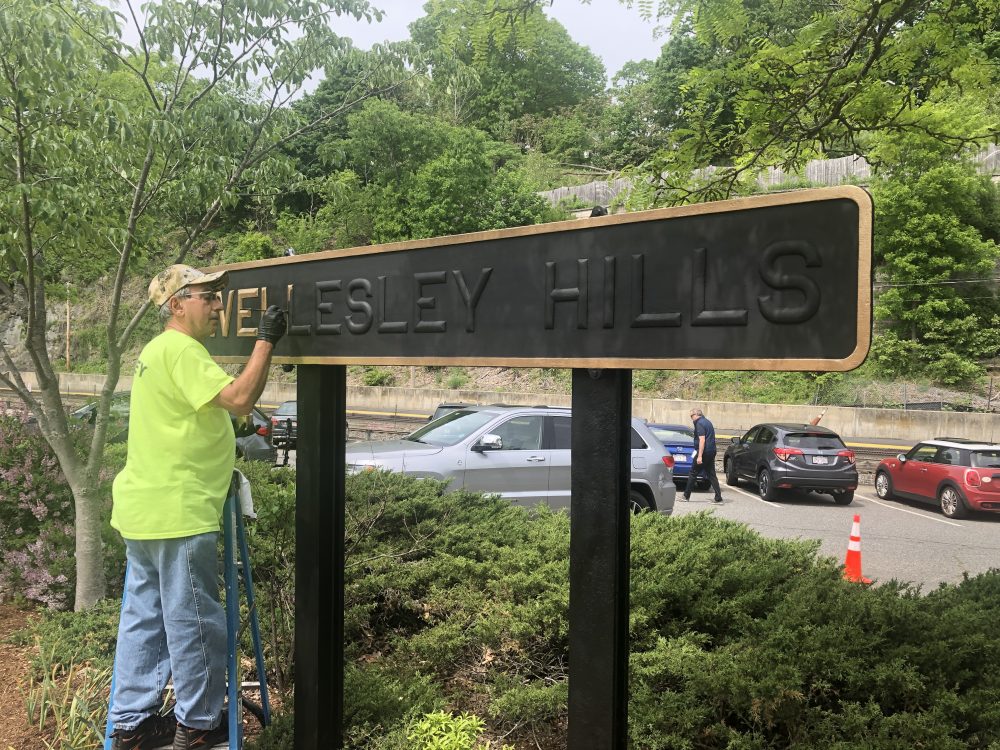 Just down the block from there I saw that another couple electrical boxes were being painted as part of that ongoing program. 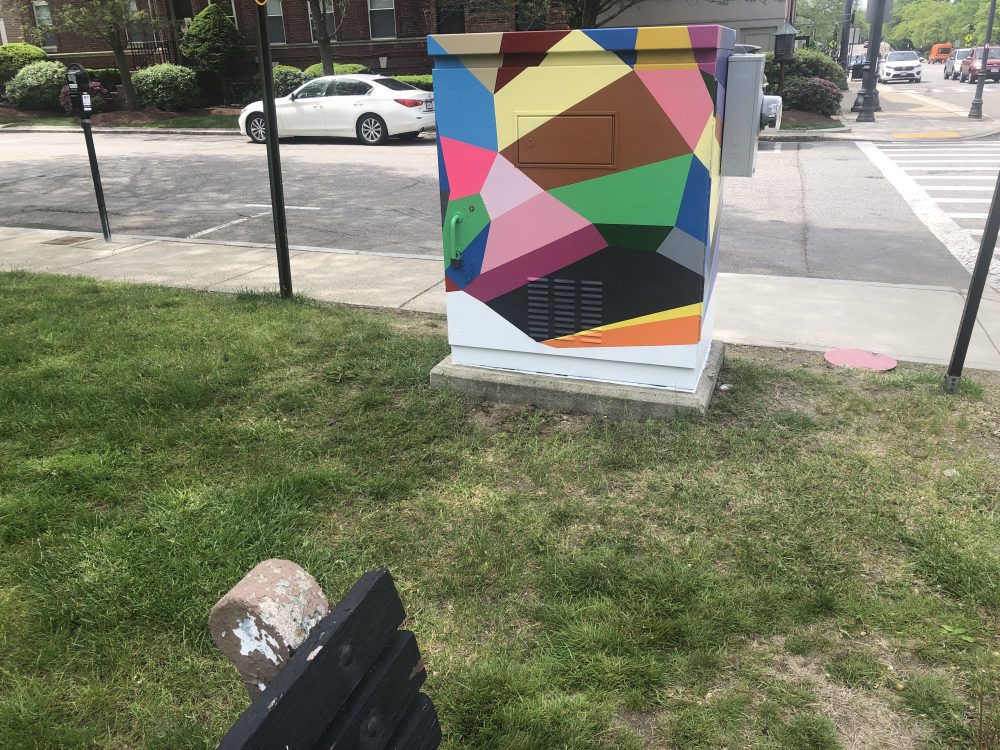 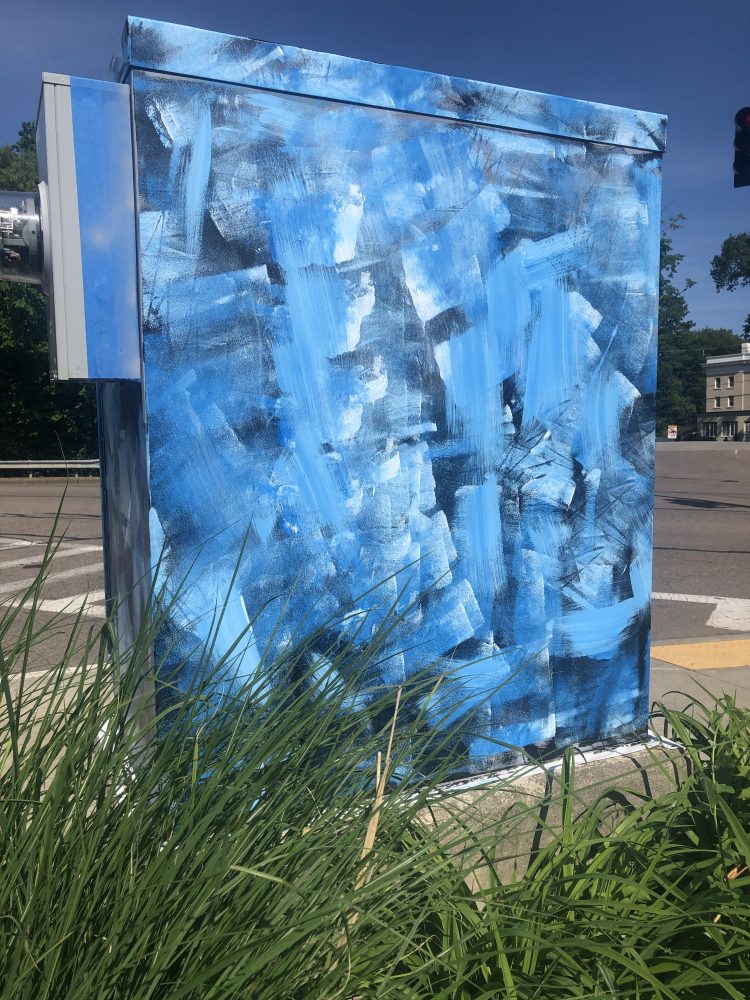 I then dropped by Linden Square, where a pack of teens selflessly paraded from the Kids Backing Kids Diaper Drive tent at the Linden Square parking lot into a Federal Realty building where thousands of diapers were being stored. Collections were also taking place at Sprague Field, and those will be added to the ones collected at Linden Square as well as another few thousand at Fiske Elementary School.

Volunteers collected nearly 19,000 diapers and 300 packs of baby wipes, far exceeding the organization’s goal of 10,000 diapers.  “All diapers and wipes have been distributed to several local and regional organizations that help families in need (the Wellesley Food Pantry, individual families in low-income housing in Wellesley, Centre Street Food Pantry in Newton, the Chelsea Collaborative, and the Diaper Circle in Brookline),” said Kids Backing Kids’ Jim Rodrigue, providing an update after the event.

Elsewhere in Linden Square, shopper were checking out sidewalk sales. 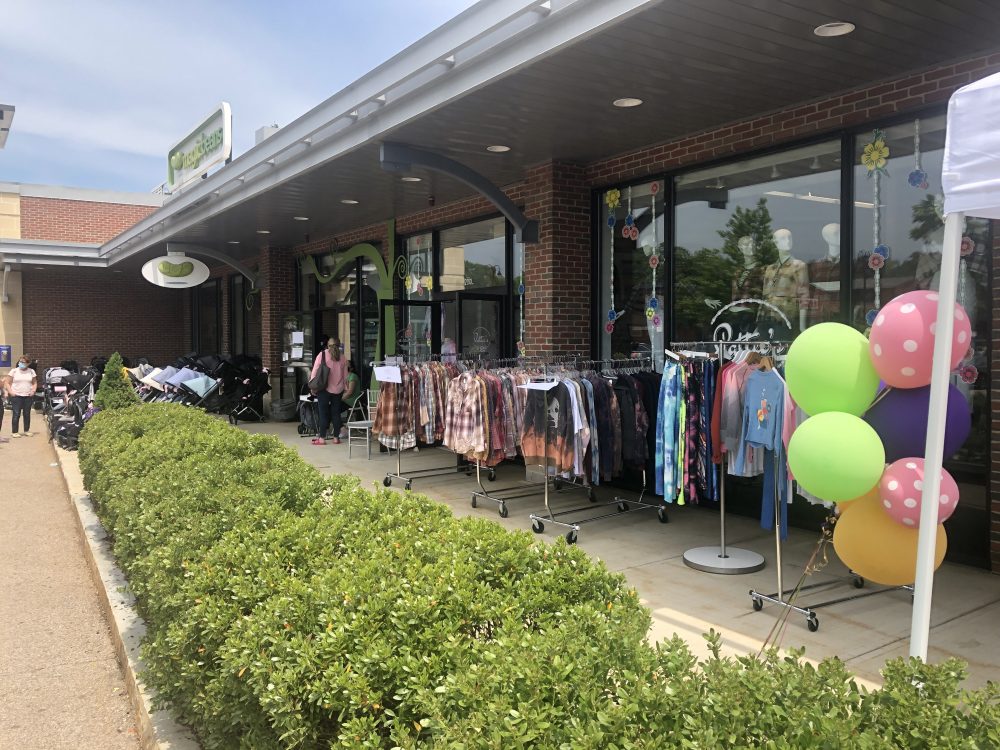 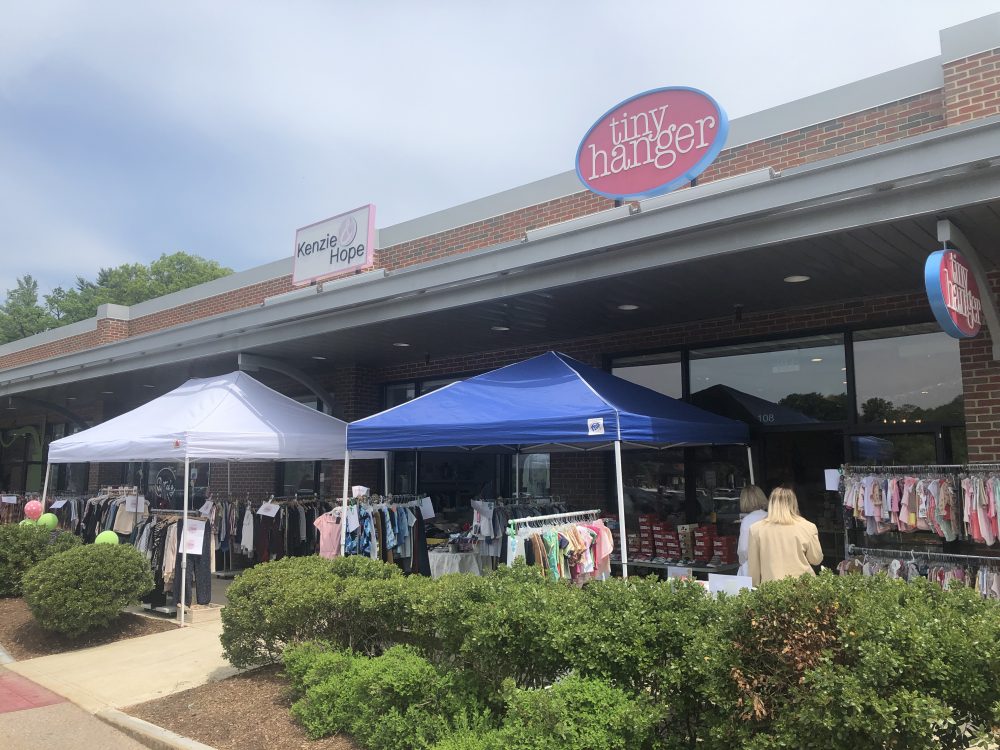 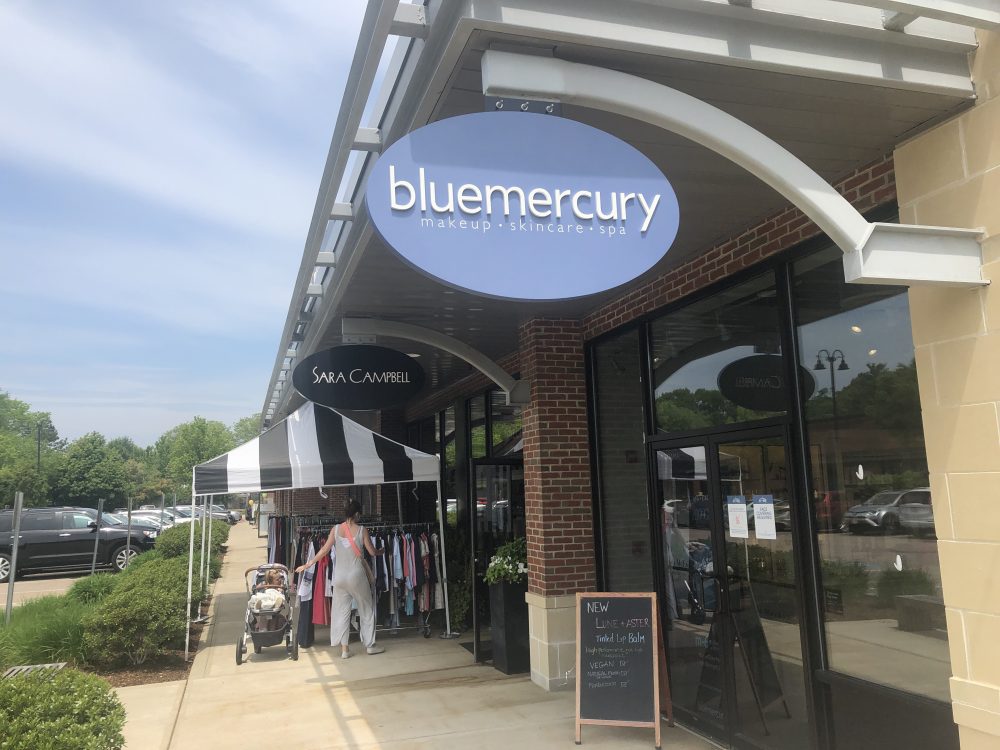 Finally, I swung by Wellesley Square for the tail end of its sidewalk sales and outdoor concerts. Not settling for just a community service dog, the police appeared to be trying out a community service monster (actually, the wild thing was part of a library promotion). 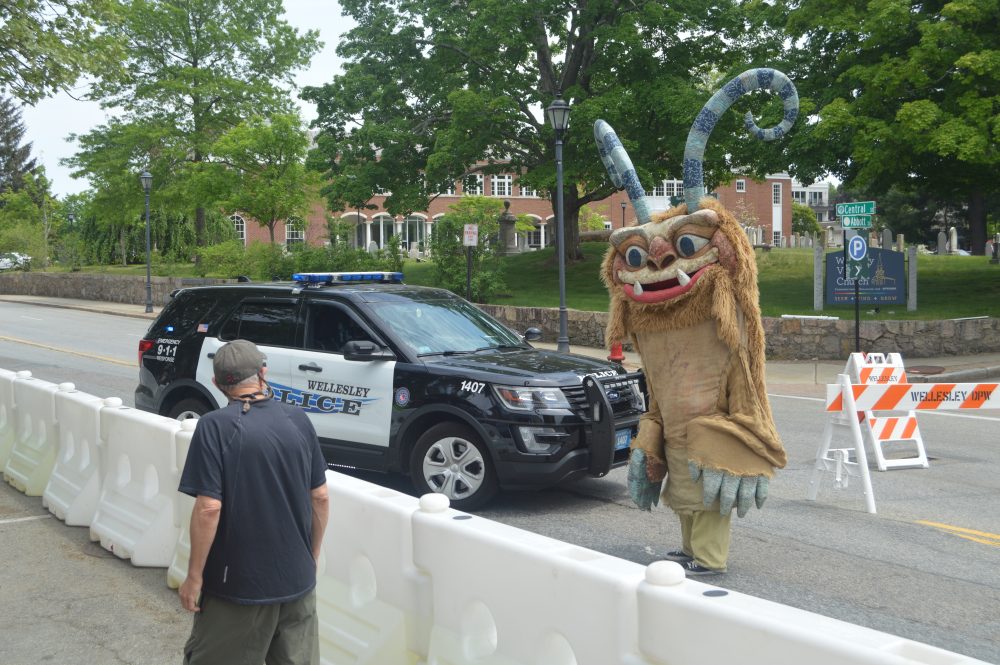 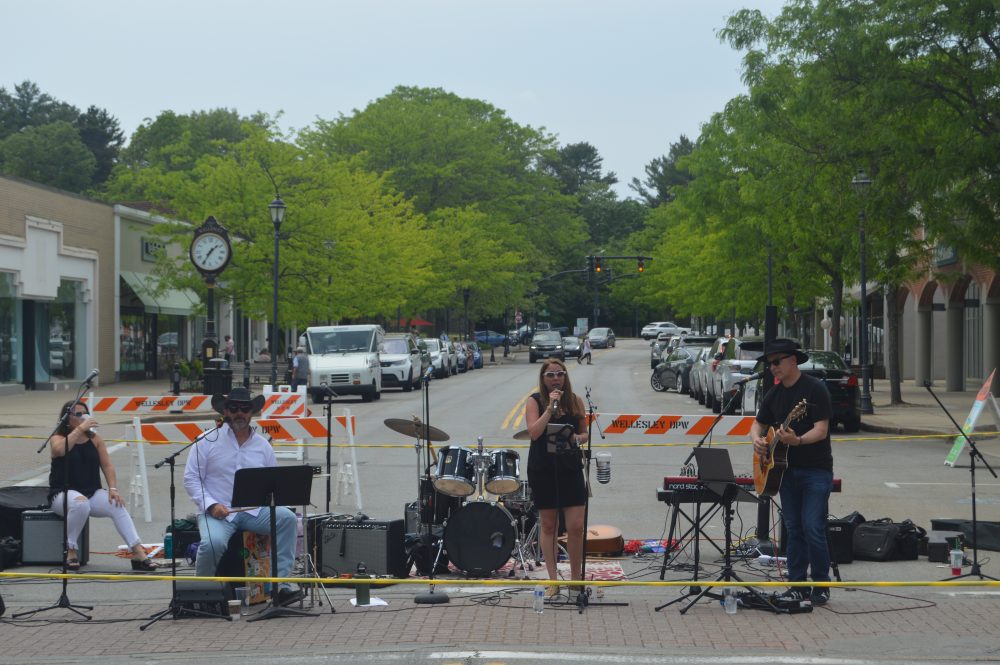 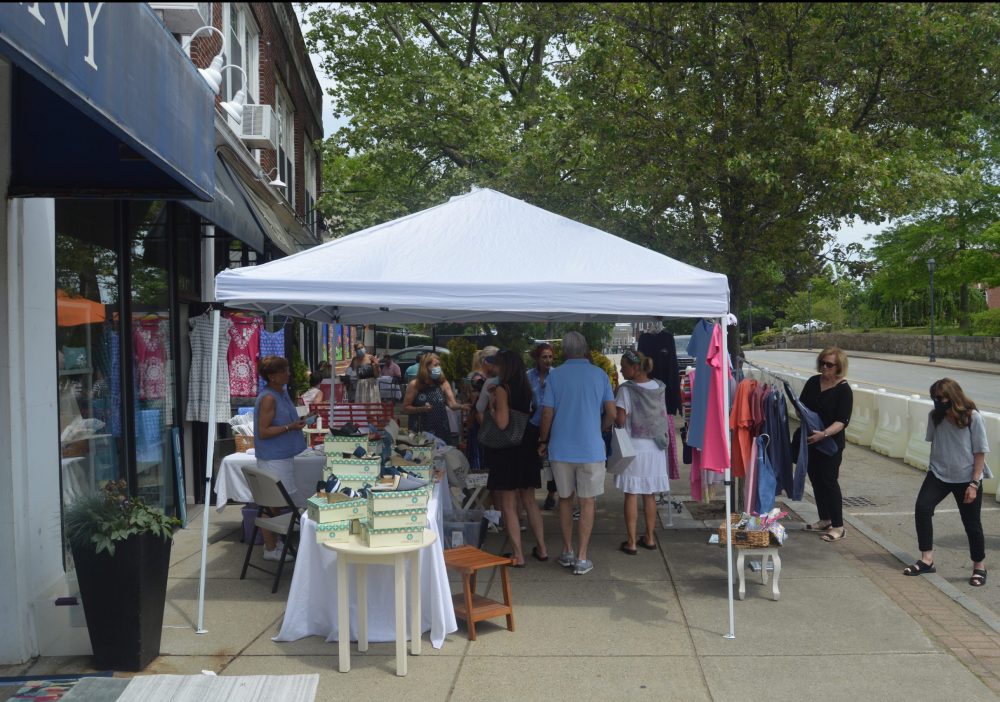