The Wellesley High School sailing team made up for last year’s COVID-canceled season by sweeping the team and fleet racing events this spring for the first time ever.

The fleet racing championship within the Mass Bay League involved 13 teams, each with two boats, in a best-of-5-races event in Sharon, Mass., on Lake Massapoag June 1 and 2.

The state team racing event, held in Gloucester on May 26, pitted teams against each other in a bracket-style format that found Wellesley going head-to-head with its 3 boats vs. hometown Gloucester High’s 3 boats in the finals, which Wellesley won 4-0. Wellesley, which sails at Lake Cochituate with its own fleet of 13 Collegiate 420 sailboats, only lost one race during the season.

Junior Varsity Sailing Coach Doug Johnson, who joins forces with Varsity Coach Larry Lovett, said of the Gloucester venue: “We sailed in the middle of Gloucester Harbor, dodging fishing trawlers, with the constant smell of fish and chips coming from the Gorton’s fish processing plant. It was a wild sailing venue.”

The season’s opening was delayed by a month due to COVID-19 protocols, and WHS sailing coach Doug Johnson said things were touch and go at the start in terms of how the season would go. “We crammed in as many races as possible during the shorter season,” he said, noting that 30 students made up the varsity and junior varsity teams. Stars for the varsity team included seniors Will Kelleher, Ben Workman, Cole Bender, and Ella Kilgore, and juniors Jack Wellburn and Christo Macken.

But all team members played big roles whether or not they were racing in the championships.

“At the fleet racing championships many of the sailors who were not competing come to root on their teammates. This is not easy, as boats are pretty far offshore… These kids made a flag with branches, had many cheers, and were loud enough for the sailors to hear them,” Johnson said. “The bottom line is we pulled together a great season in a short amount of time, faced with numerous challenges and restrictions due to COVID-19.” 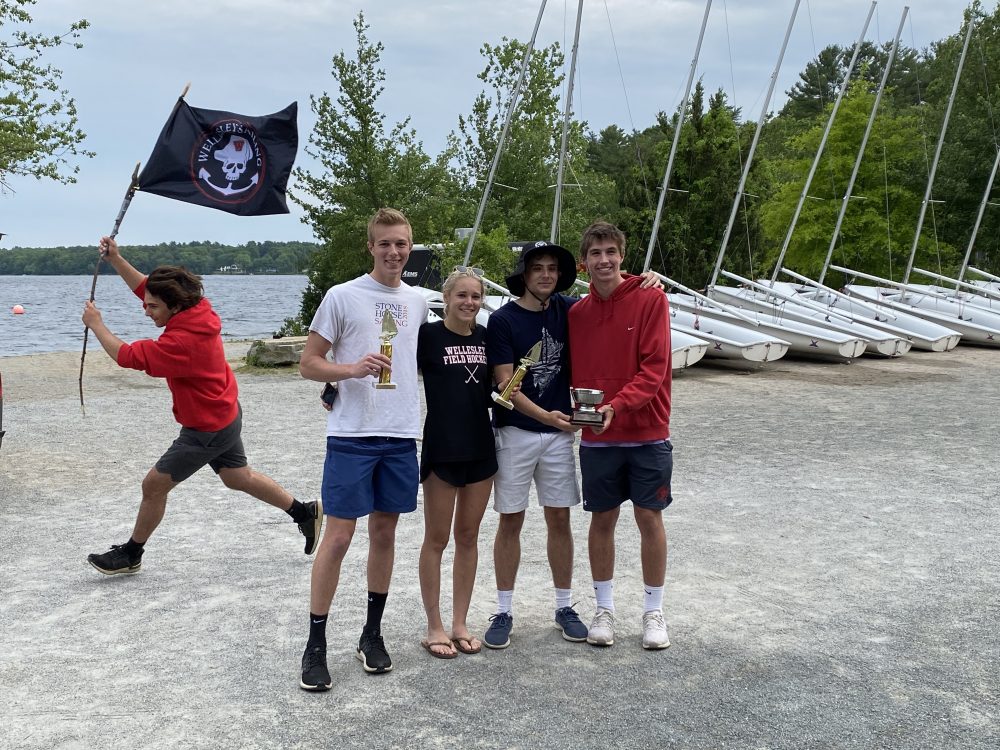