No sooner did I enter Fenway Park Monday night for the Red Sox-Yankees wildcard playoff game than I ran across a food booth manned by old Wellesley favorite Ming Tsai of Blue Ginger restaurant fame.

Now he’s selling a more substantial version of the Mings Bings once offered by the restaurant. These are plant-based and rice-wrapped morsels in various flavors, including cheeseburger and sausage & peppers. 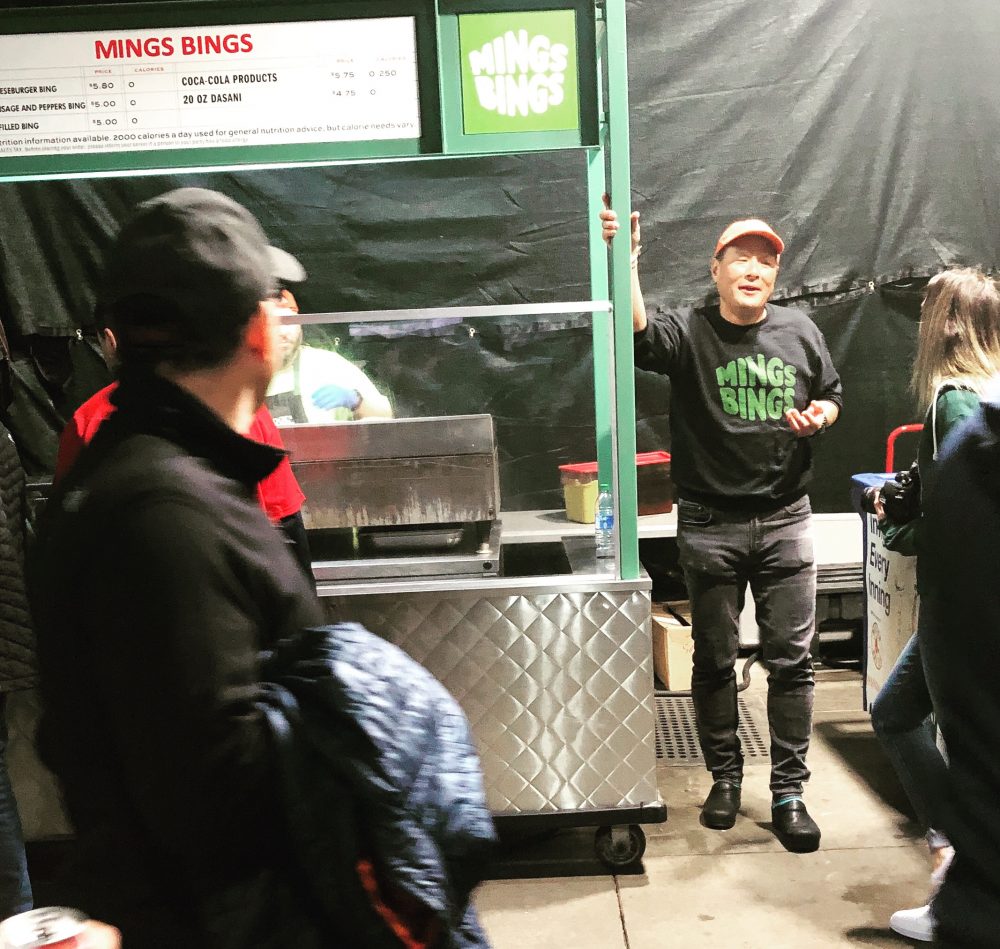 Mings Bings was making a special appearance under the stands near Gate B, though you can also find the product at local grocery stores and online. 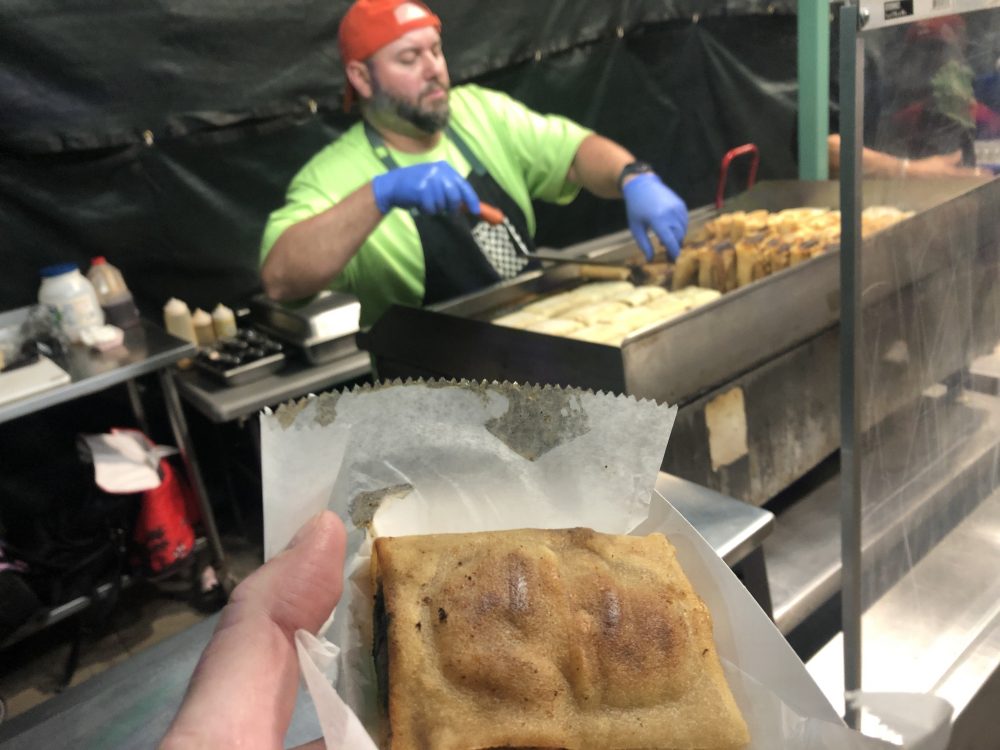 Later during the Yankees elimination party, I spied a couple of familiar Wellesley faces on the big screen. Naturally, one of them was superfan Lynne Smith, the famous hat lady. I wasn’t quick enough with my camera to grab a photo or video of that, but Major League Baseball recently paid homage to Lynne via TikTok.

If you’re ever hard up for a Fenway playoff date, please don’t hesitate: theswellesleyreport@gmail.com