Many years ago, when I needed a way to monitor outdoor playdates without seeming to monitor outdoor playdates, I had an enormous garden bed dug in a sunny spot on the river. I’m not sure what brought on my need to supersize. They say “go big or go home,” but I was already home. Who was I competing with? Container gardening would have achieved the same goal of keeping everyone safe, with less effort on my part. Some people have to learn the hard way that cultivating a sanctuary needn’t mean using Eden as a template.

During quiet times on the river I’d keep to the kitchen and make soup, answer emails, and daydream, watching the Charles come round the corner, flow past the house, and head toward the bridge.

But when school let out and a bunch of boys took over our piece of paradise, I had one job— to ensure the kids didn’t hop into the kayaks unsupervised and Huck Finn it the heck to Boston Harbor. Or go swimming in the river. Or throw every ball from the garage into the river. Or attempt a dash for the other side on deceitful ice that looked solid but was windbreaker-thin, just a light layer over the active flow and tricky currents of a wintertime Charles.

The garden became part project, a place where I could do something productive and maybe even bring forth beauty, and part hidey-hole where the boys would forget all about me as I weeded and pruned. As long as the shenanigans stayed safe enough, I kept silent, tacitly encouraging feral behavior. Every now and then I had to foil a plot and would pop up suddenly to either redirect the action, or go full freak out. My reaction all depended on whether crimes against safety leaned toward misdemeanor or threatened to tip into mayhem.

In the beginning, I pretentiously referred to the garden as The Perennial Border. For a while that name was even accurate. I spent hours out there trying to achieve drifts of color á la Piet Oldoff. Sometimes there were weeks upon weeks of succession blooming, and I’d carry great armfuls of flowers into the house and to neighborhood potlucks.

Over the years, the boys spent less time in the yard and more time out in the wider world. As they got older, after-school activities kept them away from home past dusk most days. Early-release Wednesdays, once a weekly hump day of freedom when every elementary student in town burst out of the double doors at noon, ended when the kids stepped up to middle school. My surveillance services were still required, but not so much in the yard anymore.

The Perennial Border suffered from neglect, and not the benign kind. To thrive, gardens need their gardener. Without tending, Japanese knotweed will get wind of the situation and send a party of underground rhizome troops to colonize newly untended territory. Norway maple seedlings will parachute in on a mission to send up saplings. Soon, all the delicate pretties of The Perennial Garden, with their tea-party gentility and well-behaved habits, were crowded out by brash interlopers. The newcomers swaggered about the garden, busting straight into the middle of long-established plant friend groups. After only a few seasons, the garden got away from me and was beyond repair.

I renamed it the Rack and Ruin Garden, and planned its removal. Nobody wanted to believe that I really couldn’t take care of the garden anymore. One son cleared out a small corner over the summer and planted a few things, but lost interest. My husband refused to learn how to use a scythe and hack down the wild mess. Passing neighbors would ask gentle questions about the state of the garden. They’d ignore the weeds and instead heap praise on the phlox that somehow thrived and bloomed like crazy through all that disorder. With kind eyes, they complimented my “meadow.” I knew full well that If my property were part of a fancy neighborhood association, the Rack and Ruin Garden would have been a quarterly meeting agenda item. But down here we’re River Rats, and River Rats have a live-and-let-live philosophy toward yard maintenance.

Eventually, I found a landscaper willing to tackle the project, and the garden has been eradicated, the area smoothed over. For awhile every time I glanced over at that part of the yard, it hurt like a breakup, and I mourned the time we spent together, the garden and me, all for naught in the end. The garden was the one that got away, the one I emotionally checked out on, the one who deserved better.

This should be the end of it, but here’s the crazy thing. The Rack and Ruin Garden is haunting me. I was first suspicious when the grass planted over the garden came in a different color green from the surrounding blades. Looking out from my office, I could see the rectangular outline—coffin-shaped, actually—where the garden once was. That’s creepy. Then, one morning I woke up to a disturbing scene. Deep gashes had been carved into the former garden, the mark of tire tracks from a heavy vehicle that looked like it had been pulled down, down, ever deeper, into the soft soil. Maybe the vehicle made it out. Or maybe, wheels spinning, it was sucked below the surface of the former Rack and Ruin Garden, never to be seen again. Also creepy.

The garden has found a way to keep me under its power. Now I have to fix this mess, find a garden exorcist to deal with the haunting situation (they don’t come cheap, I’m told), and hope nobody comes poking around asking questions about a lost vehicle last seen headed down my street.

Think twice before you try to take out a garden. In my experience, they don’t go quietly.

The truth about the Rack and Ruin Garden

An hour in my Wellesley garden after 9″ of rain 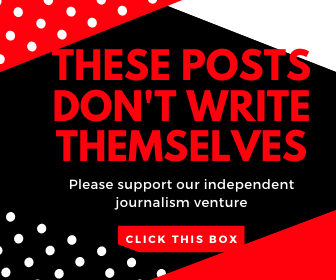