The Wellesley Conservation Land Trust reports that it recently re-incarnated an old trail that previously existed in the middle of its Patch of Woods sanctuary at 138 Glen Rd., across from Dean Road.

I picked the coldest morning of the season to run over there and see it with my own eyes. It’s there alright, and fortunately only added a smidge to my already-too-long-run. You can pretty much see from the start to end of this stretch, which ended at a mostly iced-over Cold Spring Brook the morning I went there. 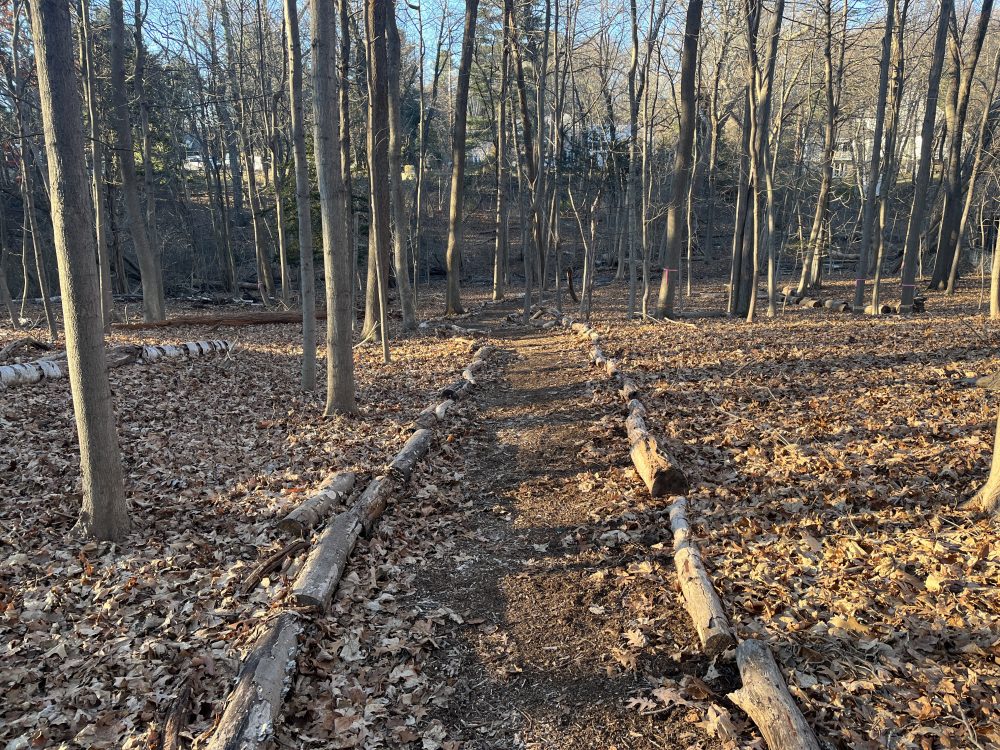 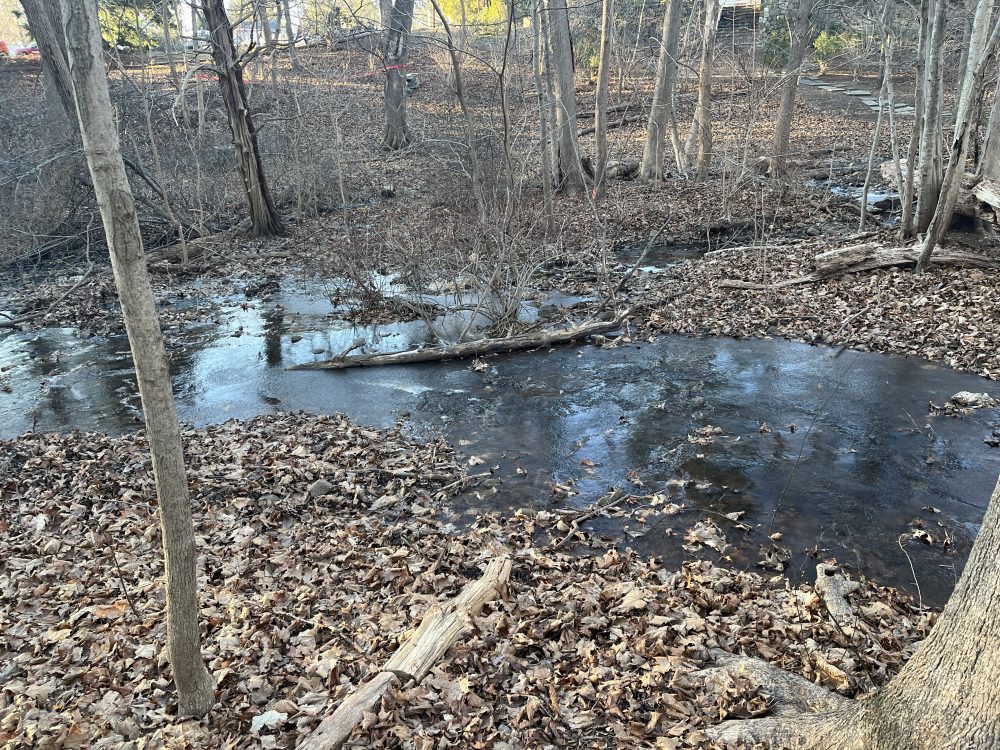 The Trust’s Michael Tobin points out that the path is actually mentioned on the Patch of Woods description on its website.

“Its existence was vaguely visible, and during a recent volunteer sanctuary maintenance day, we recreated the old trail, smoothed it as much as possible, and lined it with logs,” he says, adding that a pileated woodpecker was among those thanking the crew for its work.

A Patch of Woods was given in memory of Sabra and Russell Sanders by their families in 1964. It sits across from their former home, and provides a nice woodland buffer in this residential area.