Lockheart Restaurant, the new southwestern-style eatery at 102 Central St. next to the fire station in Wellesley Square, has revealed a menu heavy on tacos that will come jammed with everything from rock shrimp to pork butt. The restaurant and bar, which fills a two-floor space last occupied by B. Good, is taking reservations online for lunch and dinner with first availability showing in mid-July.

Takeout will be available, too. 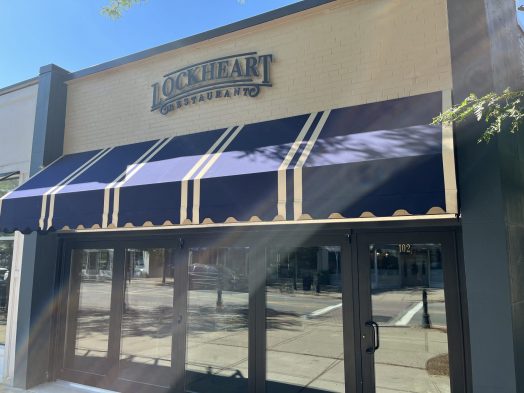 The restaurant has been started by Wellesley resident Derek Brady, a restauranteur whose other ventures have included Union Street in Newton and The Draft in Allston.

Tacos cost $3.50 to $5.50 apiece, and nine of the 10 varieties are gluten free. Options include Chilled Lobster, Korean Brussels Sprouts, and Short Rib Birria, among others.

Also on the menu are “Snacks,” like Street Corn ($7) and Lobster Guac ($14). Bowls and salads run from Caesar Salad to a Salmon Glow Bowl.

Entrees are limited, and feature Stuff Poblano ($17) and an 18 oz. Al Pastor Rib Eye, which at $35 is the most expensive item on the menu.

The kids menu includes good variety, from nachos to a veggie rice bowl.

The cocktail menu lists drinks ranging in price from $12-$15, led by the Lockheart Standard, a mix of Blanco Tequila, Ferrand Dry Curacao, Agave, and Lime Juice.

Lockheart is one of a handful of new restaurants that have opened or will soon open across town, both in Wellesley Square and Linden Square. It’s just a few doors down the street from Laughing Monk Cafe, which opened in May. Linden Square recently welcomed Tatte, and has Karma and Oath Pizza on the way.