A few local music festivals, including Boston Calling and the Green River Festival, have come and gone in 2022, but plenty more remain. For some, this marks their return after having canceled during the pandemic. 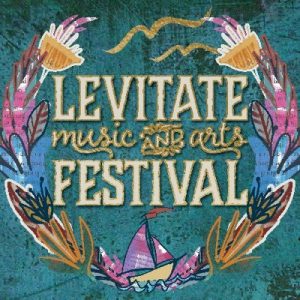 The sold-out Levitate Music and Arts Festival takes place this weekend (July 8-10) on the south shore in Marshfield, with headliners such as Jack Johnson and Phil Lesh & Friends among the acts slated for 2020 that agreed to perform this year for daily crowds of 15,000. This family friendly, feel good gathering boasts bunches of artisans and food vendors, plus a kid’s area, with an emphasis on sustainability and giving back to the community. Depending on time of day, the festival is located less than an hour from Wellesley, which according to some data crunching by organizers, will have fair representation among the patrons at the event.

The festival has grown out of the Levitate brand of surfing gear and fashion, and president of the company and overseer of the festival Dan Hassett said during a phone interview this week that “it’s been interesting and exciting to get going in producing the festival…the world has changed a lot since we booked the show two-and-a-half or three years ago.” The festival is working with some new teams of contractors who aren’t traditionally involved in the music industry, but Hassett said they’re all working together to put together a small city over the weekend. Finding employees actually hasn’t been a problem, he said.

Hassett’s especially excited about unveiling a new charitable group called the Levitate Foundation that he envisions going far beyond the fundraising and support his outfit has been involved in over the years with local sports, youth, and other organizations. The Foundation will build its base in part via a portion of all Levitate business sales, but the outfit is also seeking major donors and benefactors to support its mission of lifting up communities through the arts, music, and outdoors activities.

If festivals aren’t your speed, Wellesley does offer free concerts on the Town Hall Green on Wednesday nights (see schedule for dates).