The Amos Mills-Lucy Jackson Chapter of Daughters of the American Revolution held a ceremony of remembrance on Saturday, Oct. 15  for Amos Mills, one of the chapter’s namesakes.

His homestead was on Weston Road, where an original marker was placed in 1955. Chapter members laid a wreath and remembered “this Patriot who fought at the Battle of Monotomy (now Arlington) on the first day of the American Revolution—considered one of the bloodiest battles.”

According to a do-it-yourself tour of Wellesley by historian Beth Hinchliffe, the farmer and minuteman was “the only man from what is now Wellesley killed the first day of the Revolutionary War, April 19, 1775.”

The Daughters of the American Revolution is a service organization for women who are directly descended from people involved in the United States’ efforts towards independence. 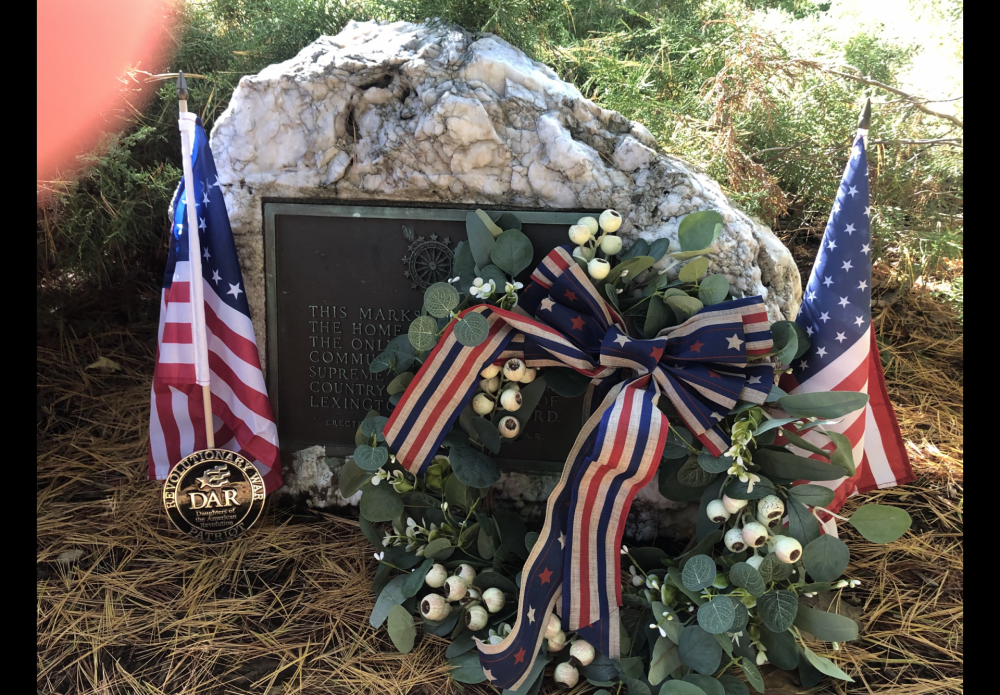