Wellesley High scored a touchdown with 3:32 left in the first quarter vs. Braintree on Saturday morning and controlled the field throughout the rest of the game for an eventual 28-7 victory. That brings the Raiders to 6-2 on the season, and they’re undefeated in Bay State (Carey) league play as they head into the playoffs in match-ups to be determined.

On a day for celebrating the Raiders’ Class of ’23 players, Senior quarterback Vincent Ferrara tossed 2 similar touchdowns down the middle that twin brother tight end Xavier Ferrara jumped up to grab in the first and third quarters. Senior Tom Burton had a strong day running the ball, and scored a touchdown in the second quarter to put the raiders ahead 14-0. Braintree fought back to get the game within a touchdown before the half, but Wellesley made the Wamps work for it, going for and getting their touchdown on 4th down. Jakob Parker finished the day’s scoring with a 4th quarter run.

Senior Tyler Yen had a big game for Wellesley on defense, including an interception early in the 3rd quarter when the game was still close. Braintree struggled vs. Wellesley’s defense throughout the game, though also missed some big opportunities due to overthrows and dropped balls. 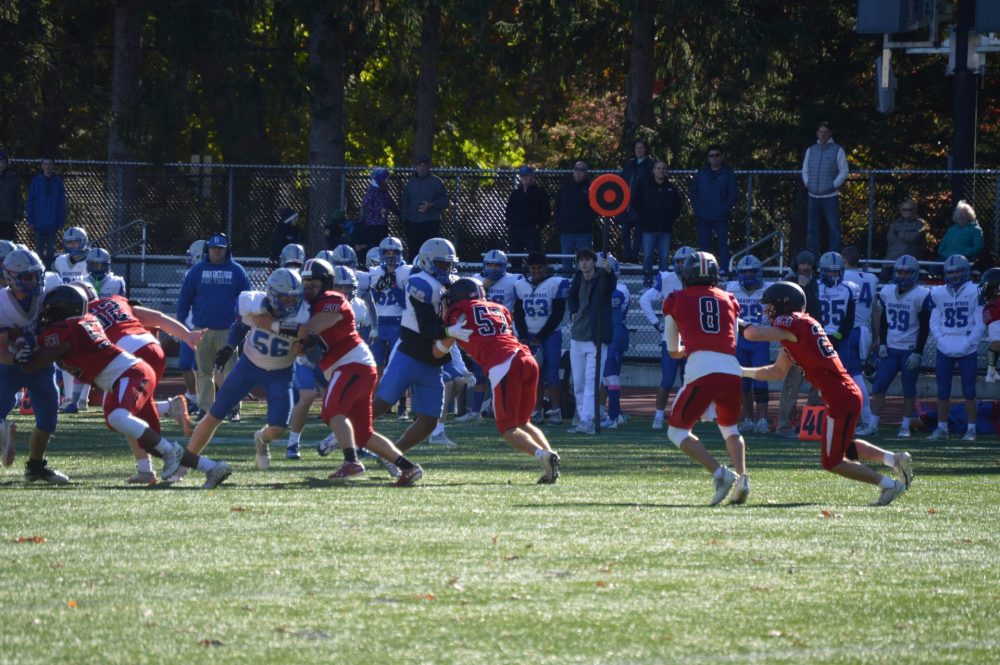 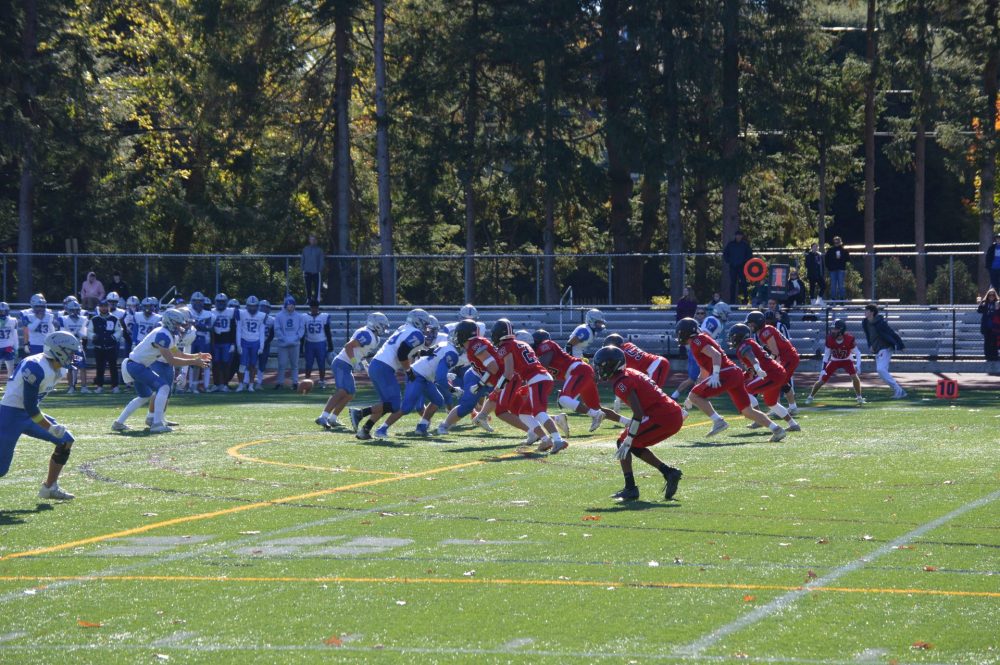 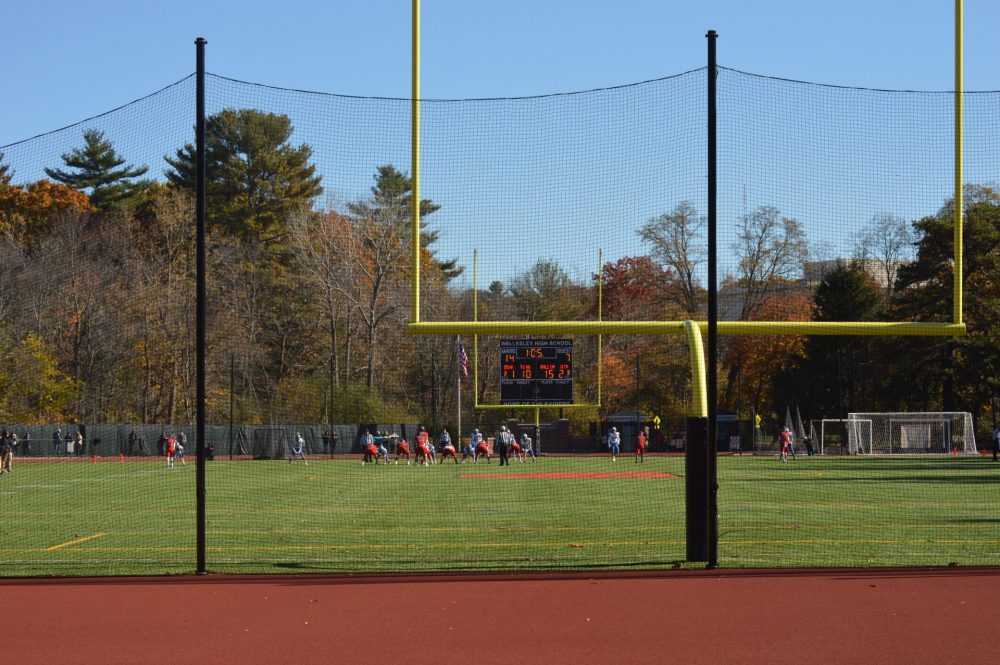 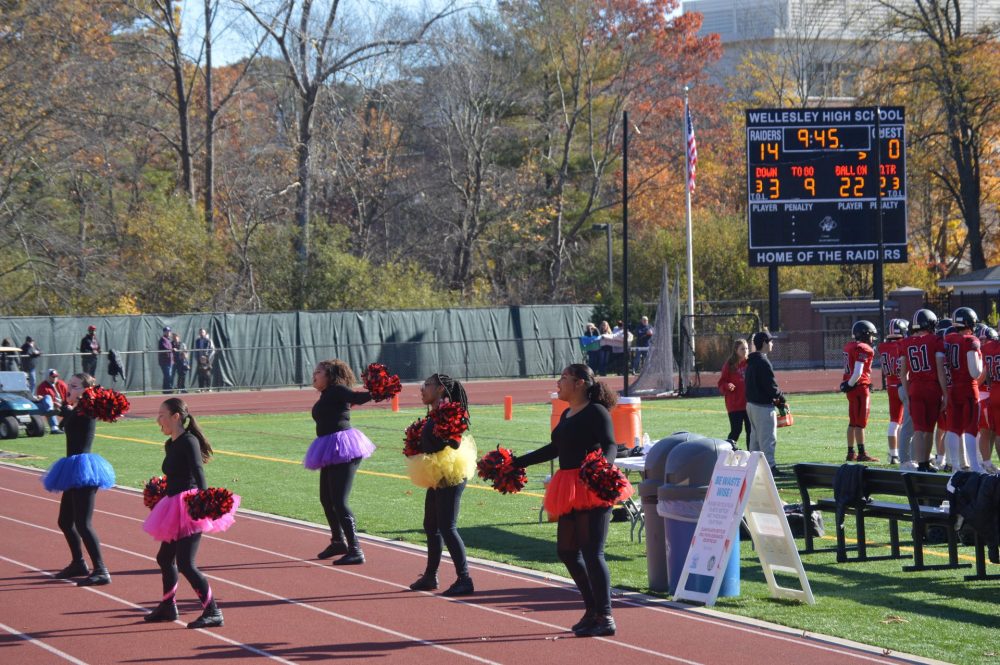 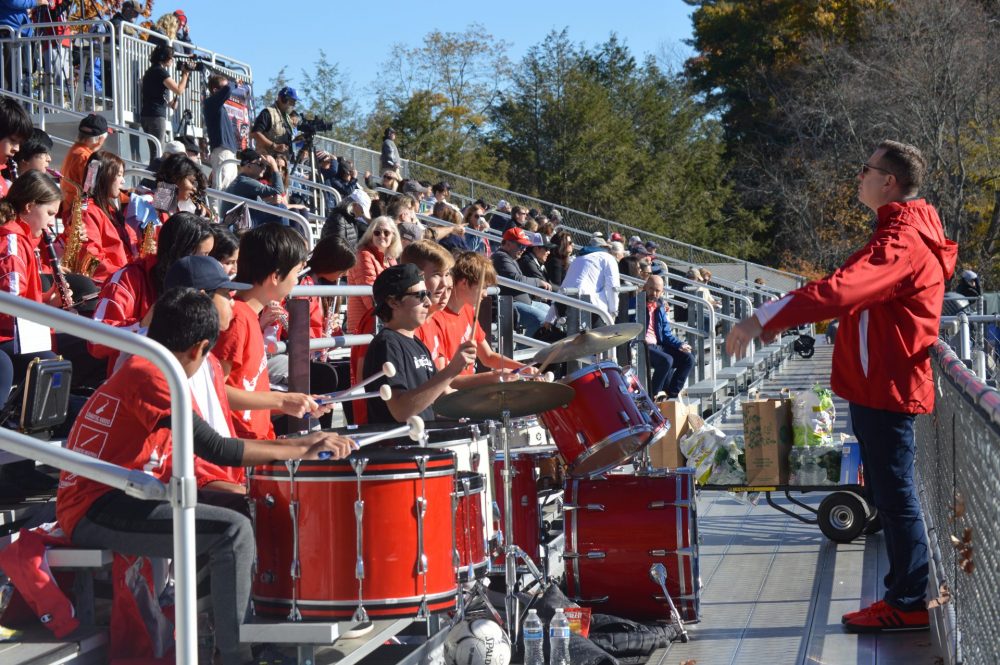 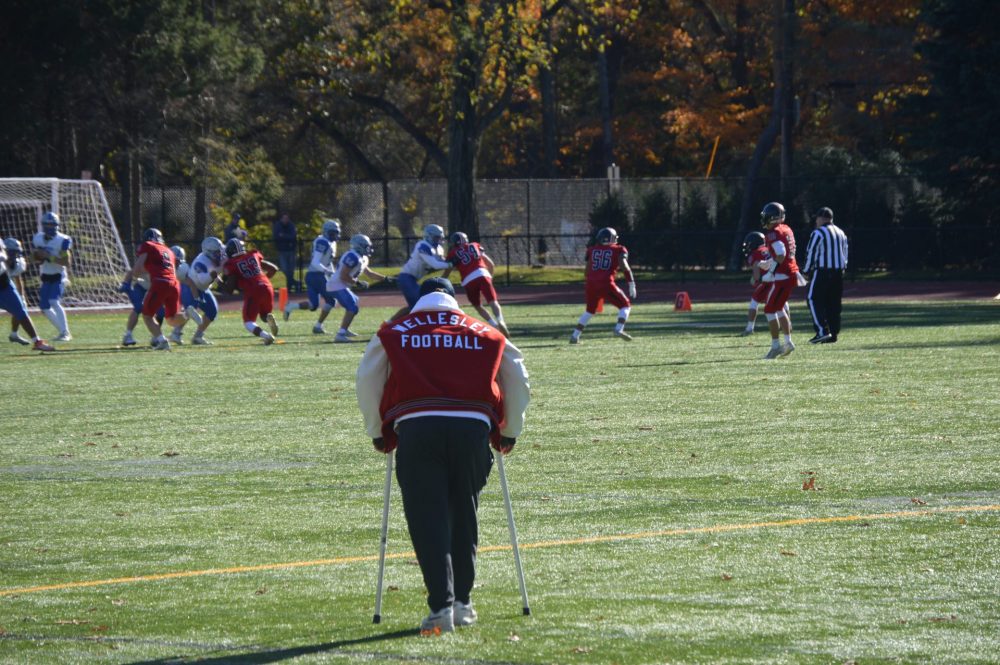 More: Wellesley Athlete of the Week

Read about the Whalers

Congrats to Wellesley sportswriter Christopher Price, who has a new book called Bleeding Green that tells the story of the now defunct Hartford Whalers hockey team. Price grew up in Connecticut as a big Whalers fan (I’m old enough to recall attending a few Whalers games myself as a kid). 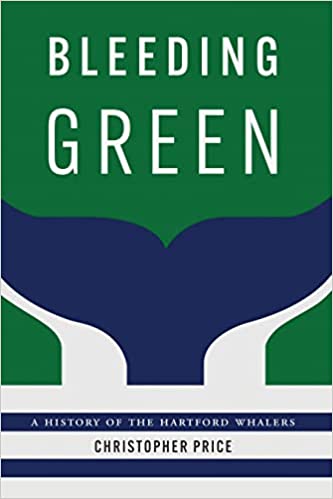 All of the boys and girls equipment will then be sent to Costa Rica where kids who recently played for Wellesley United Soccer and WPL Club currently live.

According to Wellesley United: “There is a shortage of equipment here for local youth players. Cleats in particular are hard to find and too expensive for many local kids. If players don’t have cleats they often quit because they feel awkward. Any and all equipment with be used regardless of condition.”