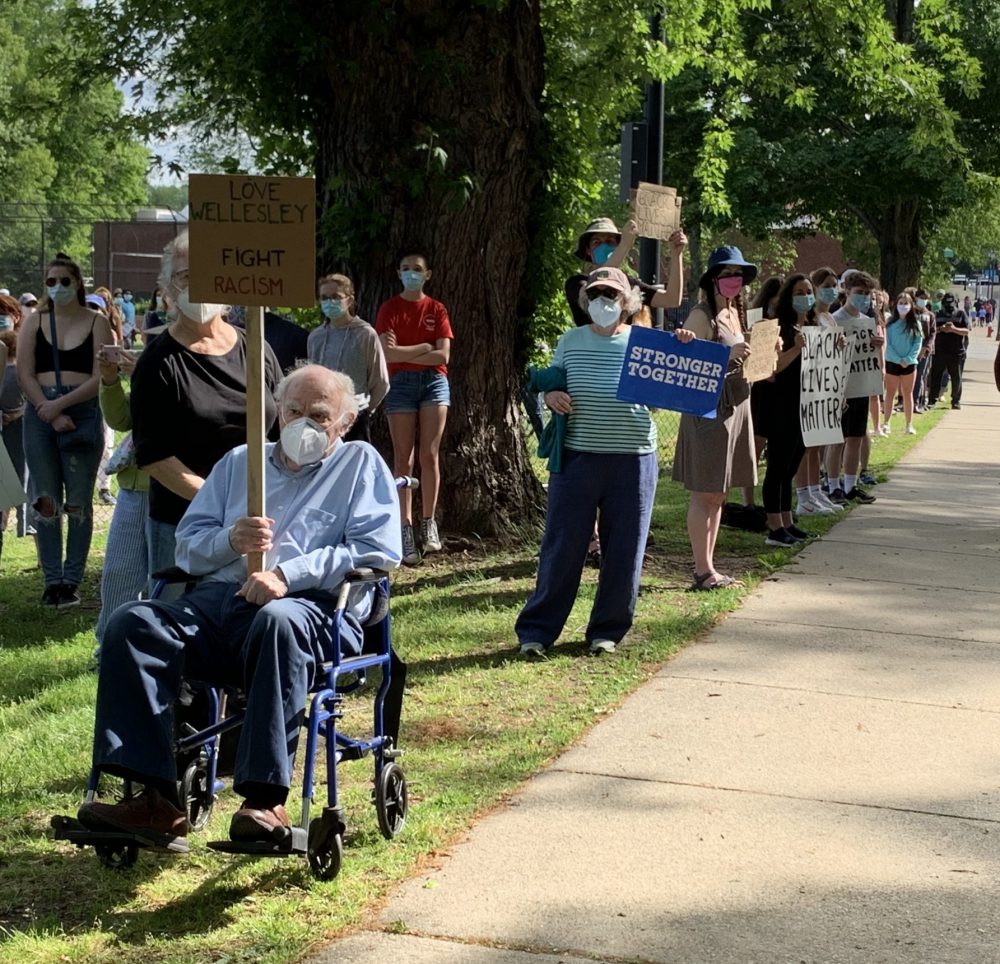 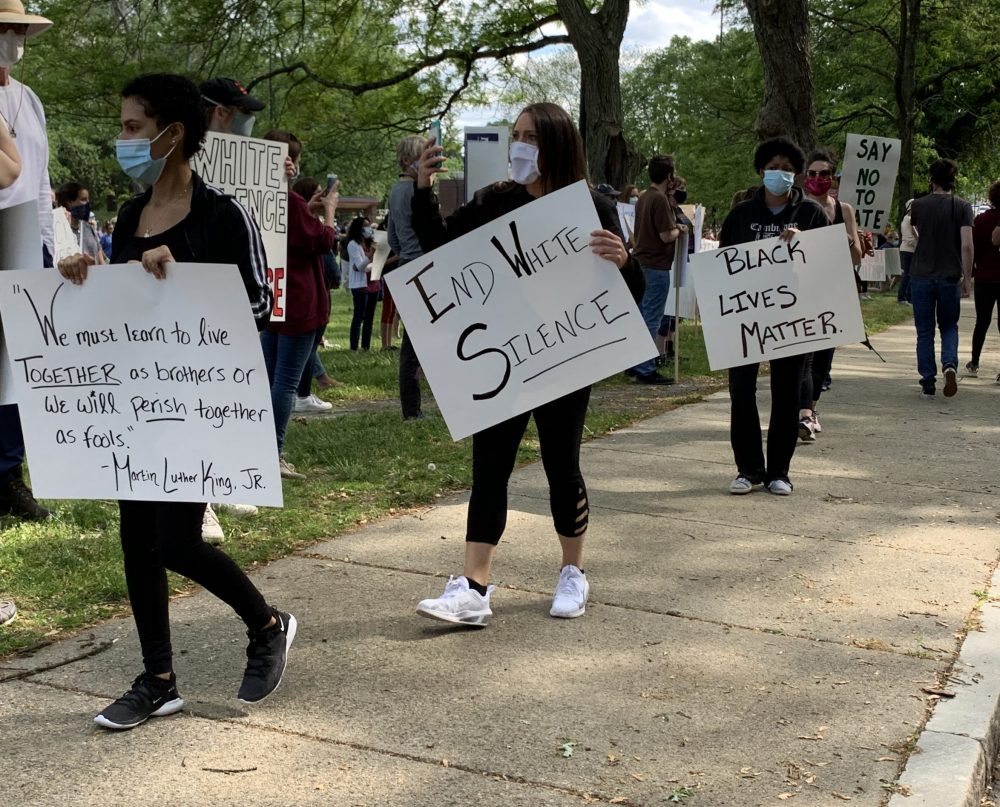 Hundreds of people, many holding signs bearing the names of those killed in recent years while in police custody, lined Washington Street in Wellesley from Reidy Field past the tennis courts in a mostly silent vigil on Sunday afternoon.

The somber crowd, facing the road as honking vehicles drove by, urged justice for George Floyd and an end to police brutality.

World of Wellesley’s Michelle Chalmers, ringing a bell, spoke impassionedly about fighting racism as she walked the length of the crowd.

Wellesley Police kept a low profile at the peaceful event.

The vigil took place one day after a similarly sized crowd gathered on Natick Common in a demonstration focused on the same issues. Protests, some turning violent and resulting in curfews, continue to spread across the country. 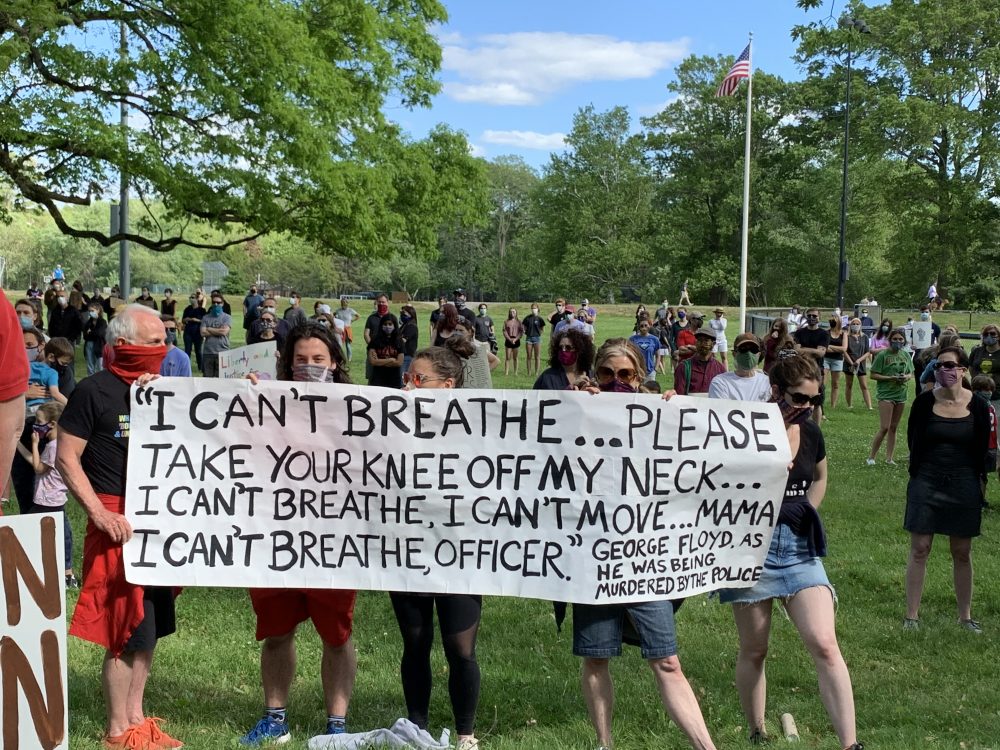 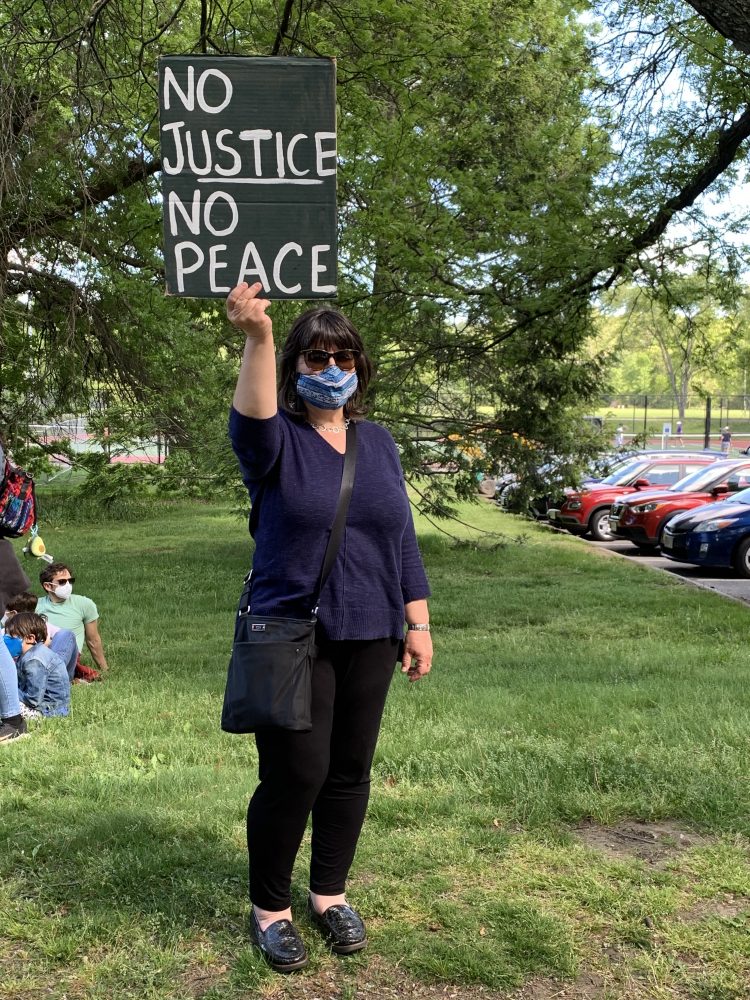 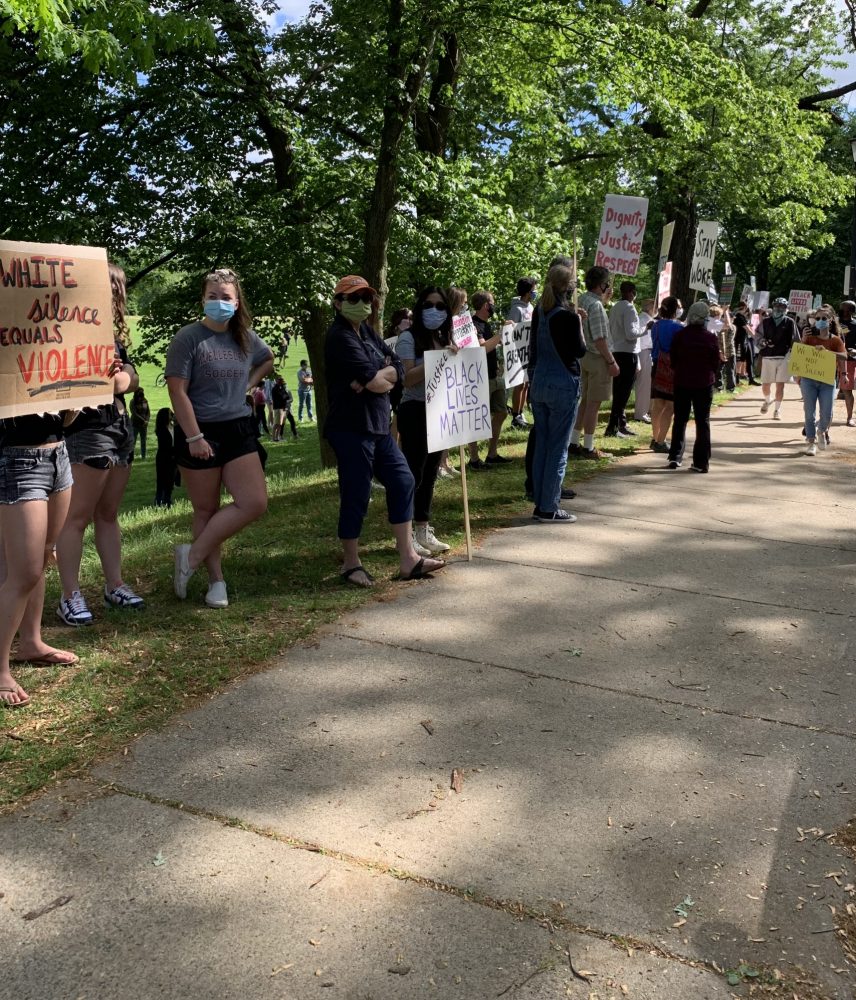 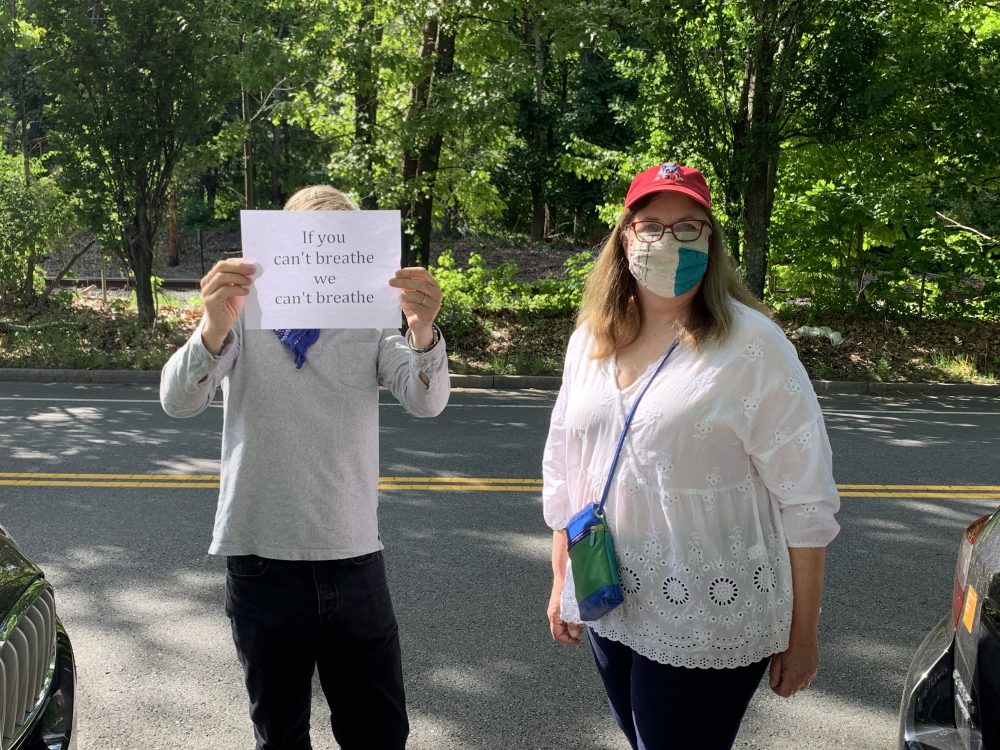 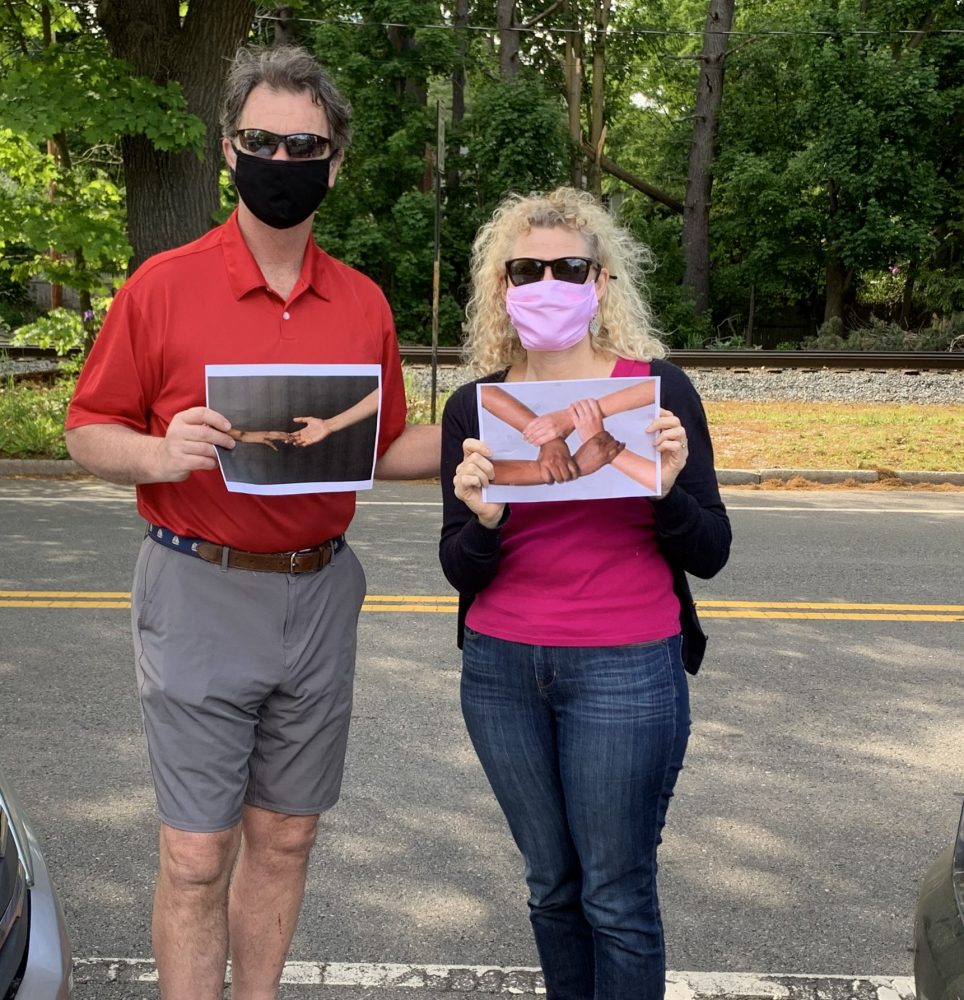 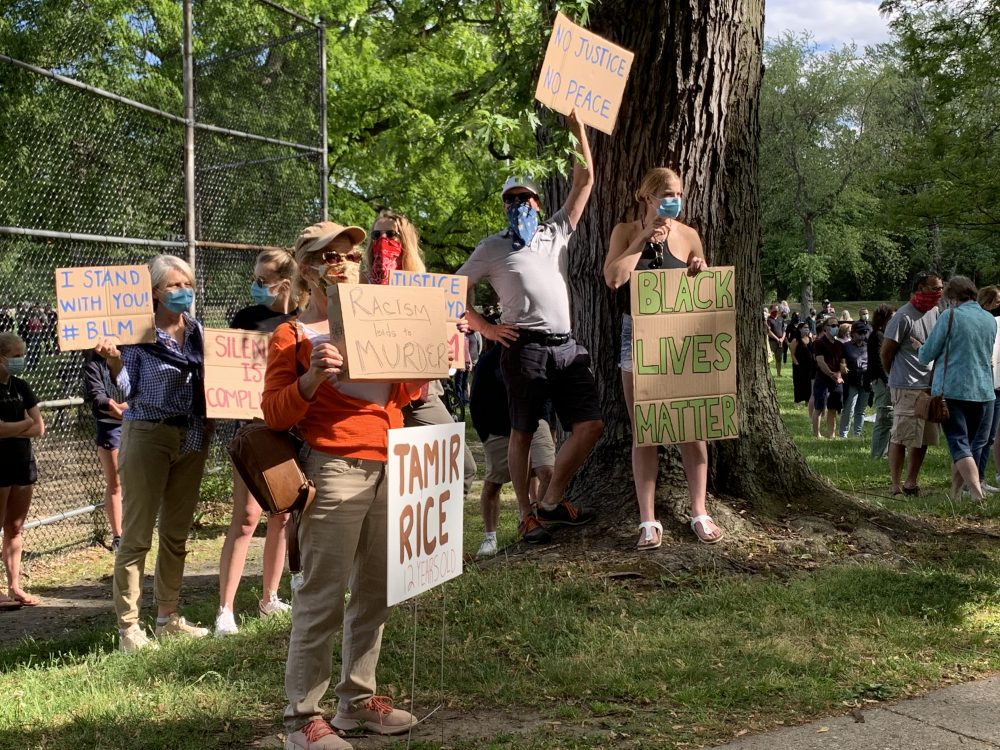