You need to be pretty sure you’re going to deliver if you stick “Great” in your business name. The owners of Great Wok, the successor to longtime Rte. 9 Wellesley Chinese restaurant The Wok, appear to be doing just that.

Next week they’ll seek the Wellesley Board of Selectmen’s blessing to take on the alcohol license previously granted to The Wok, which Hon Pui and Carol Chan ran for 41 years before closing it over the summer last year. (Update: 1/6/20—the Board gave its approval.)

A visit to the outside of the restaurant revealed a building permit issued as recently as November, so activity appears to be afoot. A sign posted at the start of August indicated that the restaurant had been closed for remodeling. Word is that Great Wok will include a sushi bar. 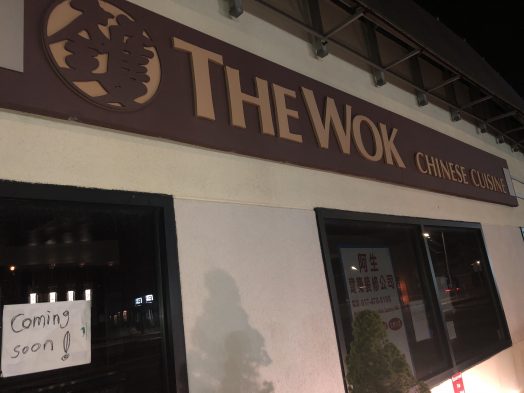