A citizen petition to ban fur sales in Wellesley is on the Board of Selectmen meeting agenda for Monday night with the goal of having Town Meeting weigh in this Spring on a proposed bylaw.

The petition is spearheaded by Wellesley resident, Wellesley College Professor and Humane Society of the United States volunteer Liza Oliver. More details are available on the Fur-Free Wellesley site, but I also caught up with Oliver by email and her responses to my questions are below, along with the proposed bylaw.

Furs can be seen at certain Wellesley stores, and you can’t throw a snowball in town without hitting someone wearing a Canada Goose parka lined with coyote fur (not that the coats were sold here). And a fur fact: Wellesley Furs, out of New York, apparently used to be quite a thing in the early 20th century.

The citizen petition cites the suffering by animals whose fur is used for clothing at a time when there is a “wide array of alternatives for fashion and apparel.” It argues that a ban on fur sales in town “will foster a more humane environment in Wellesley.” The bylaw does address exceptions, such as furs used for religious purposes.

There’s a move afoot across the world, including in the United States, to ban fur sales. California leads the way in the States, with a fur sales ban going into effect in 2023. While Massachusetts hasn’t followed suit, the state has taken at least one related step in forbidding hunting contests that target fur bearers.

Have you actually seen much in the way of fur products being sold in town?

Most retailers in Wellesley that sell textiles of any variety do not sell fur, and for the few who do, it generally comes in the form of pom poms on hats, or lining on coat hoods or shoes.  The stores that do have a small number of fur accessories also already sell faux fur as well, in which equivalent alternatives of real fur styles exist.  Based on the fairly thorough though not exhaustive survey of in-store and online inventories I did back in early December when fur inventories were at their highest, fur represents a negligible amount of inventory in Wellesley. No one’s livelihood would be affected should this bylaw be implemented.

Have you spoken to any retailers in town about their fur sales, and have you had any indication from them if it’s something they will fight to defend or if they might be moving in this direction anyway?

I have been in touch with a representative from the Wellesley Square Merchants’ Association, and they provided me with the following statement: “The policy of the Wellesley Square Merchants’ Association, and the expectation of its members, is to be neutral and uninvolved with political as well as community and industry missions like this.” I am also in the process of contacting individual retailers with informational slides and a survey for retailers to express their support or concerns about a fur prohibition in town. Understandably, retailers may have concerns about unforeseen “what ifs” of a fur prohibition, even if they don’t sell any fur or sell only a negligible

amount of it in the form of accessories.  But research from consulting firms devoted to brand image and performance show that making a fur-free commitment only helps businesses.

The CEO of the consulting firm The Luxury Institute, which has conducted significant quantitative and qualitative research into consumer habits of affluent and wealthy consumers (such as those likely to shop in Wellesley’s retail stores), has summarized the firm’s findings as follows: “If [fur] is not a necessity, if it doesn’t define a brand’s reason to exist — which it doesn’t for most companies — then they’re probably not selling a lot of it anyway due to consumer and societal sentiment. If you don’t have the moral clarity [not to sell fur], at least have the economic clarity.”

It’s for this reason that nearly all high-end designers and hundreds and hundreds of retailers have already made fur-free commitments. While these brands certainly care about animal welfare, they also understand that ditching fur is good for their brand image and their business. Sticking with fur puts businesses behind the curve on an issue of growing societal concern.

It looks like Fur-Free Wellesley is part of a larger Fur-Free Massachusetts effort. Are there other local communities beyond Wellesley making moves,  or is Wellesley the first?

Wellesley is the first, but certainly not the last. Discussions are underway for similar propositions in other locales, and Fur-Free Massachusetts is organizing for statewide legislation in the 2021-23 legislative season. We already have a dozen state and national animal advocacy organizations supporting the initiative.

I see you got the necessary number of signatures for the petition, but what’s your sense of interest in this subject in town?

The fur industry is an issue that most people are generally unaware of, but they are rightfully appalled when informed: 100,000,000 animals killed annually by the cheapest and therefore cruelest means possible strictly for their pelts, and 85-95% of these animals are raised in tiny cages on fur farms unable ever to participate in any behaviors natural to their species. 80% of the fur we purchase here in the USA comes from China, where there are no regulations for animal welfare. As such, this is where the worst abuses occur, including the live skinning of animals, which has been regularly documented.

When handing out flyers to community members in December outside the Special Town Meeting, it was illuminating to hear numerous women tell me that they only shop at certain chain stores (beyond Wellesley) for their accessories because they know the fur is fake. It was also telling to see a few people in fur-lined Canada Goose parkas (which is not a brand sold in Wellesley) who were genuinely supportive of the measure. This really goes to show that many buying fur are not doing so because they are actively seeking it out, but because the relationship between personal consumer choices and the cruelties of the fur industry often isn’t in the forefront of people’s minds.

If Wellesley is representative of larger state trends, there is broad support for this measure when informed about the issues that motivate it.  The Humane Society Legislative Fund and Fur-Free Alliance have each conducted polls, which demonstrate that 59-64% of Massachusetts voters support a statewide fur ban, with only 19% opposing.

Furthermore, this citizens’ petition is supported by three well-respected national and state organizations known for legislating animal welfare issues that are supported by the broad public: the Humane Society of the United States, the MSPCA, and the Animal Legal Defense Fund. Their support is really a testament to how mainstream the fur-free movement has become, such that effective legislation is now possible.

Anything else worth adding?

It’s also important to point out the extremely adverse environmental impact of fur, especially in light of Wellesley’s commitment to sustainability on so many fronts.  It is a common misconception that fur is an eco-friendly and sustainable material. This is a marketing point propagated entirely by the fur industry itself, which EU regulatory agencies have deemed false and misleading advertising. Several studies by the environmental sustainability group CE Delft demonstrate why.

These studies found that fur is the worst offending textile—synthetic or natural—in 17 of the 18 environmental categories considered. The studies also found that the climate change impact of mink fur is five times higher than the second worst offending textile, wool (sheep being high methane producers requiring lots of land and feed), and six times higher than a faux-fur alternative. This is largely due to the feed, land use, toxicity, and manure of the fur industry. For example, producing 1 kg of mink fur requires 11.4 minks and 563 kg of feed comprised of mostly chicken and fish. This highly inefficient production taxes land and water resources, and causes significant waste runoff that is consistently reported to pollute local water supplies.

I’m not advocating that we should all go out and buy faux-fur, as we don’t need more plastic in this world either. The choice between one or the other is a false binary also propagated by the fur industry. But the fact of the matter is that faux-fur alternatives, which are already better environmentally than real fur, are only going to continue to improve in terms of sustainability. In fact, the faux fur in designer Stella McCartney’s recent line is made entirely from recycled plastics and corn. Real fur production and its environmental impact, however, is not going to change. So if you really feel the need to have the aesthetic of fur in your wardrobe, faux-fur is the far better choice, both for the animals and the environment. 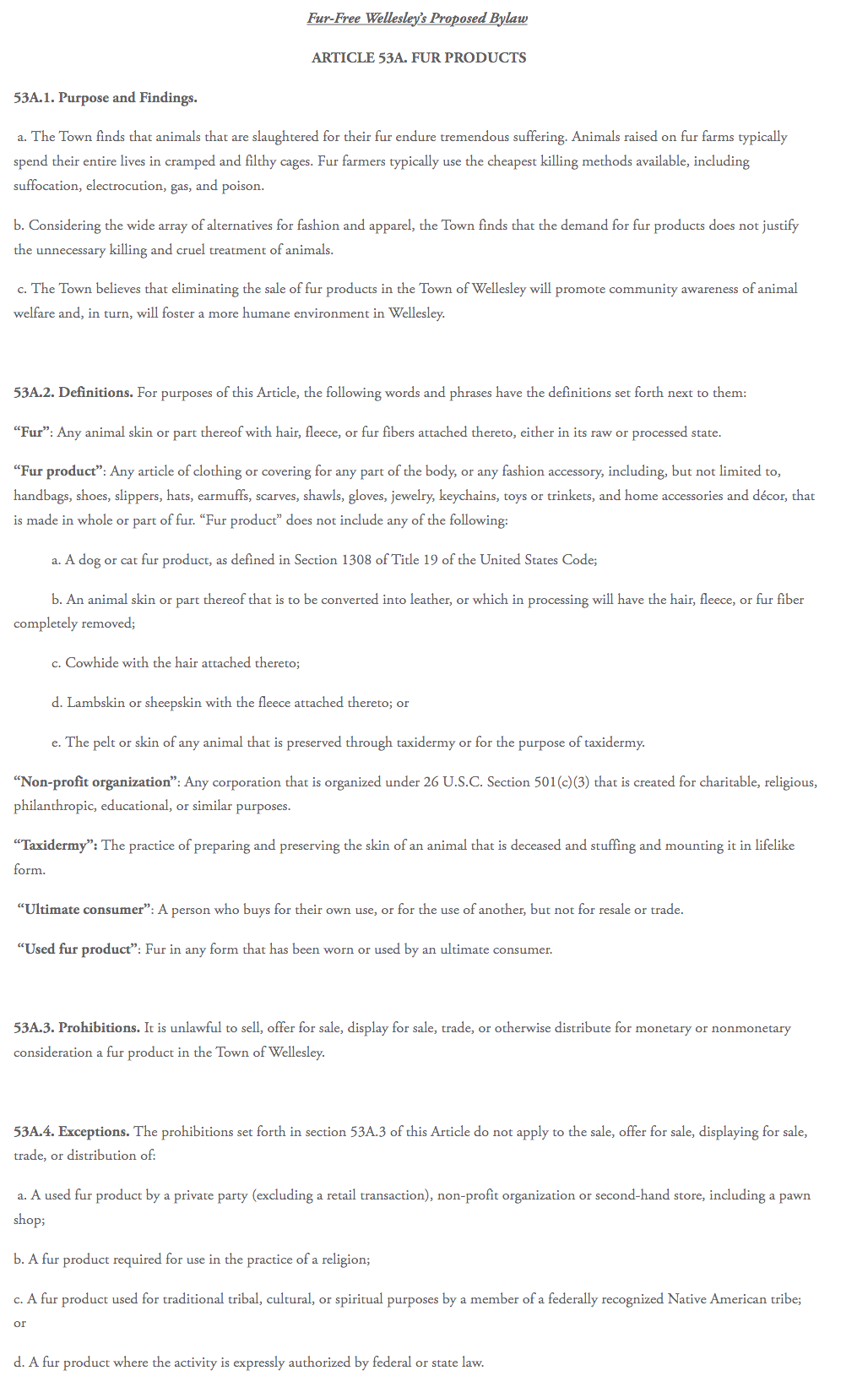 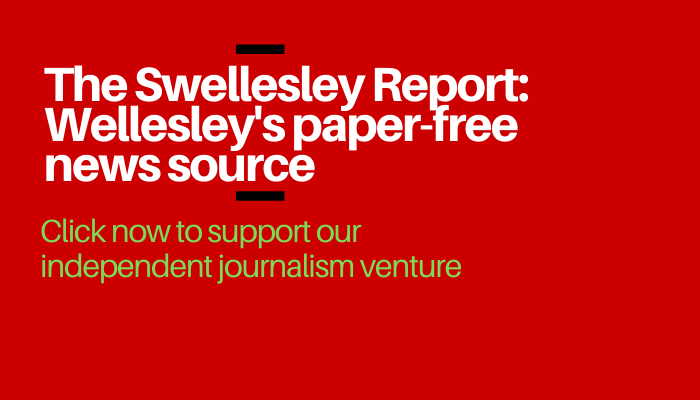