The winter day blasts forth all the cold of February, but with none of the decorative snowfall. I’ve been given to understand by meteorologists and everyone at the Council on Aging (I’m talking to you, MB) that I am supposed to be grateful for the general lack of snow and the above-average temperatures. I’m expected to praise the barren sledding hills and  accept the lack of cross-country skiing at Elm Bank. When I fuss, firm voices say, “Be thankful you’ll get another year out of those expensive Sorel boots, missy.”

It’s all so unfair, this depressing un-winter. So screw it, I’m going to the Mediterranean, and I’m going to do it without leaving town. I call my travel agent, Dave Becker, who also owns Juniper. The chef’s most recent book, Juniper, named for his acclaimed Wellesley Square restaurant, has just come out. That’s all the excuse I need for a visit. Maybe he’ll feed me, I hope. Who am I kidding? I know he’ll feed me.

Dave is in a state of high delight on the day I stop in to talk about his book. It’s Valentine’s Day, and Juniper has just been named by the Boston Globe as one of the Boston area’s top romantic restaurants. “Yeah, I was like ‘damn straight’ when I heard about it,” he said with glee.

We’ve settled in at the end of the bar, closest to the entrance, all the better for Dave to keep an eye on things. He’s a multi-tasker, who in between chatting with me, greets customers, talks cocktails with the bartender, and warmly welcomes a couple of pals who stop in at the end of the lunch rush.

For sure, the vibe at Dave Becker’s “quasi Mediterranean restaurant”, as he refers to it on the cover of the 200-page cookbook, is sociable, romantic, cozy. The decor of the place has everything anyone putting together their own well-appointed home would want — original artwork on the walls, most of it by Dave’s grandfather; guests with a sophisticated palate and a sense of joie de vivre; and good food and good drink. So good God, let’s eat.

“Are you hungry?” Dave asks.

Within minutes, a plate of fresh pita bread and dips appears — Matbucha (roasted tomato and roasted pepper), Tzatziki (Greek yogurt and cucumber), and Muhummara (red pepper and pecan) — are all smooth and intensely flavorful. I would have called it lunch on its own, but Dave had bigger ideas.

“Still hungry?” Dave asks. I claim no, but when the kitchen sends out an order of Chicken Tangine, I change my mind fast. The aroma of the braised chicken thighs, roasted raisins, toasted almonds, and Israeli couscous overtake me, and I’m helpless. It’s not hard to see why the dish is the go-to entree for so many of Juniper’s regulars. The dark-meat chicken falls off the bones, while the raisins, honey, and white wine give the dish the right amount of sweetness. An interesting aside is that the kitchen makes the dish without having an actual tangine pot on hand. Head chef Tim Fichera, credited with all the food recipes in the book, has the staff use a large Dutch oven, which translates nicely for everyday cooks who would like to re-create the entree in their home kitchens.

“The recipe testers were a combination of professionals and home cooks,” Dave says. “The home cooks especially are like the litmus test. When they can do it and it turns out great, I know the recipe can go in the book.”

In addition to recipes under the chapter titles: accompaniments, dips and spreads, small plates, entrees, and sweets, Bar Manager Ashley Eaton created the 30+ cocktail recipes in the book, along with a primer on mixing techniques.

Given that Dave bounces between home — which he shares with his partner Jessie and their adorable mop-topped 1.5 year-old daughter Beatrix — and three restaurants, I ask how he found time to write Juniper. Turns out there are two secrets: stay up late, and get picked for jury duty. “I usually write very late at night. The restaurant business is all-consuming and there are crazy hours,” he says. “Also when I was at jury duty I wrote a lot of it on my phone. I get picked all the time for jury duty. I must have the kind of face that looks impartial or something.”

Dave took all the pictures in the coffee-table sized book, some of which ended up on Juniper’s Instagram and Facebook accounts. He doesn’t have a book agent. “It’s basically just me,” he says. “It’s self-published. Making the books is always fun. Selling the books isn’t as much fun.”

His last book, Sweet Basil, titled for the Needham restaurant of the same name, sold over 10,000 copies. “The first printing was 5,000 and those sold, so we did another printing of 5,000. It’s a good work. all the recipes in the Sweet Basil book are solid, and all the recipes in the Juniper book are solid. It’s nice to see the books sell when people come in and have a good dining experience and then want a keepsake. They get one of the books, and bring home part of the restaurant with them. That’s great.”

He’s doing a book tour of sorts, and of course he’ll make an appearance here in town. You can catch up with Dave at Wellesley Books on March 10, 7pm, where your $10 ticket for the event includes a food tasting of recipes from Juniper.

Our interview is winding down, and Dave goes back over a few things we talked about. That restaurant gossip he dropped, that’s not going to go in the Swellesley story, right? Strictly off the record, that part about the bombastic personalities he’s engaged with over the years in the industry. That’s cool, right?

Yeah, Dave, that’s cool. I wasn’t there for a tell-all (this time). I was there to talk books, and music, and food, and fun with the local restaurant owner who never went to cooking school, never went to college, never worked for a celebrity chef. “Because of all that, for some reason certain people are genuinely surprised that my food is really, really good.”

I take another bite of really, really good Chicken Tangine. Juniper the restaurant and Juniper the book are all about the culinary vision of Dave Becker — part philosopher, part artist, part businessman, 100% author. Dave walks me to the door. He’s gifted me an autographed copy of Juniper. I thank him for everything and vow to make it to the Wellesley Books event. Back in the restaurant, the lunch crowd has left. The staff is preparing for the evening rush of lovers who want to celebrate Valentine’s Day at one of the most romantic restaurants in the Boston area. Just another day at the office. 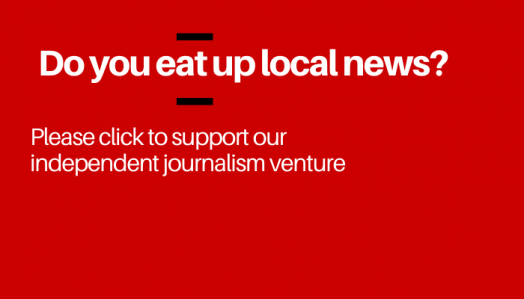