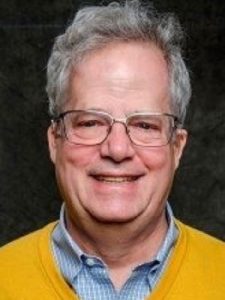 Wellesley Board of Selectmen member Jack Morgan announced this week that he will be resigning his post at the end of May, as he will be moving out of town.

“Reflecting the realities of our housing stock,” Morgan said, he finds himself downsizing to a townhouse outside of Wellesley. The town has been attempting to diversify its housing stock, including via its Housing Production Plan.

Morgan, who has a background in business consulting in the biotech and pharmaceuticals industry, currently serves as secretary of the Board of Selectmen. He has served for 5 years and his term was due to expire next March.

He’s been a longtime contributor to town affairs, serving as a Town Meeting member for 22 years. He’s also served on the Advisory Committee and played a big role in school facilities planning.

(The Board of Selectmen will need to hold a special election to fill the vacancy. This will have no impact on the current election, in which 2 seats are up for grabs among 3 candidates. The board will evaluate the calendar and determine when a special election could take place. It will operate as a 4-member board from June 1, 2020 until a new Selectman is elected. The term of office will only be until the Annual Town Election in March 2021.)

Morgan’s fellow board members touted his contributions to the town and wished him the best. Executive Director Meghan Jop lauded Morgan for his foresight in thinking of ways for the town to move forward and for a seemingly photographic memory that enabled him to “replay almost verbatim” discussions on the Town Meeting floor.

Personally, Jack has always been supportive of Swellesley’s efforts. He was also kind to sit down with me a few years back after I was laid off to discuss his career, the realities of working for one’s self, and more.

We join the board in wishing Jack the best as he ventures beyond Wellesley.