Wellesley’s big new drop box has been installed at Town Hall & I dropped my Sept. 1 ballots into it this AM. I walked up to the brown metal box and stuck my ballots in, but probably could have used my long arms to reach in through my car window.

The new 32-gallon container replaces a 6-year-old model that was quite a bit smaller, standing not much more than a foot-and-a-half high. It looked as if someone could just yank it out of the ground and take off with it if so desired.

The previous box was used mainly for payments and light correspondence, but started to fill up with Town Hall access restricted and election ballots introduced to the mix. The town invested $2,384 in the new container, which is under lock and key. The box has a narrow slot for deposits, no doubt in part to foil would-be fishing scammers. 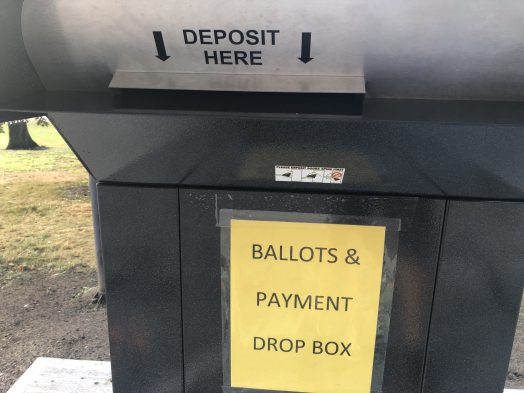 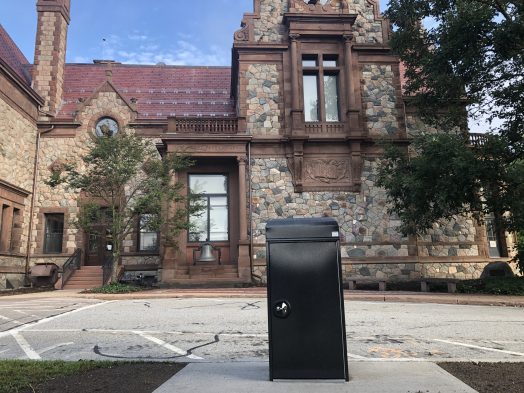 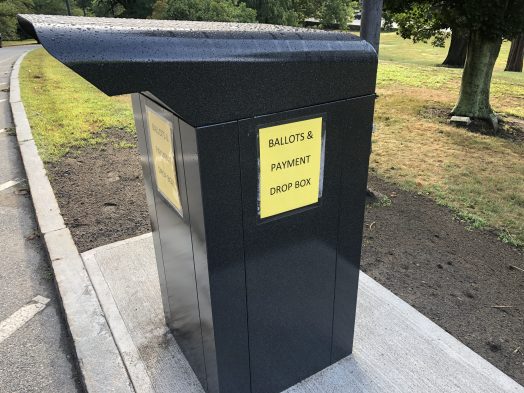