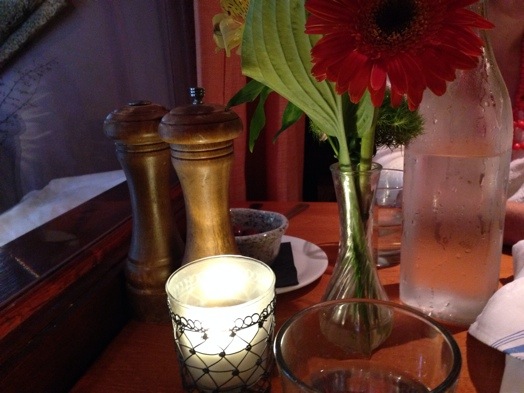 We recently tried out Juniper, the Wellesley Square restaurant that has opened in the former Milestone location, to see what the newest eatery in town had to offer.  We figured an early evening Friday dinner in August would allow us to avoid the hassle of a typical weekend crowd and the possible wait time that might bring.   Since Juniper doesn’t  take reservations and is only open for dinner to start, that kind of planning is advised.

We showed up at 6:15pm and just squeaked in ahead of the rush, with diner wannabes who came in after us facing long wait times. We had a good view of the action from our 2-person table just inside the restaurant behind a curtain and window. An eclectic mix of music played in the background and the restaurant buzzed with “We’re in the hot new place” excitement.

The decor at Sweet Basil‘s sister restaurant is attractive, including a domed ceiling, orange chandeliers and handy coat hooks on the walls next to tables. An old radio console has been converted into host’s stand, and a riddling rack serves as a wall hanging, containing flowers rather than the wine bottles they’re designed to hold.

For starters we tried out the eggplant baba ghanoush served with pita bread.  Its creamy texture and smoky flavor, along with the homemade pita, made it a winner.  Next was the souvlaki, marinated and grilled chicken and pork skewers served on a bed of greens. Very tasty, and oh so Mediterranean. 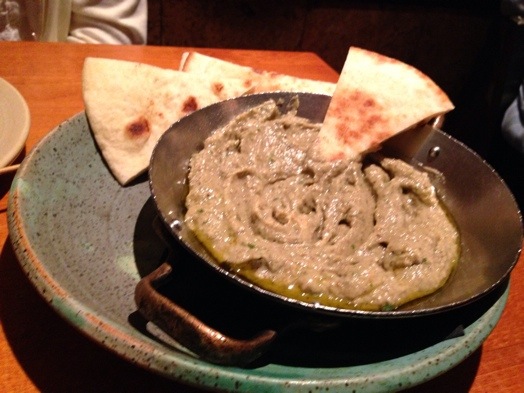 From there I had the seafood couscous, made with mussels, swordfish, and octopus.  I ordered it with low hopes for the octopus part of the meal, figuring it would have the texture of rubber.  The whole briny-tasting dish was amazing and generously portioned. The octopus part of was just so beautifully presented in all its cephalopod glory, rather than skulking under the swordfish and mussels as if it knew it was just a folly ingredient, there only to allow a diner to say she’s eaten octopus.  That octopus was literally fork tender and left me thinking maybe octopus doesn’t have to be a supporting ingredient.  Maybe in the right hands, it could actually be the star someday. 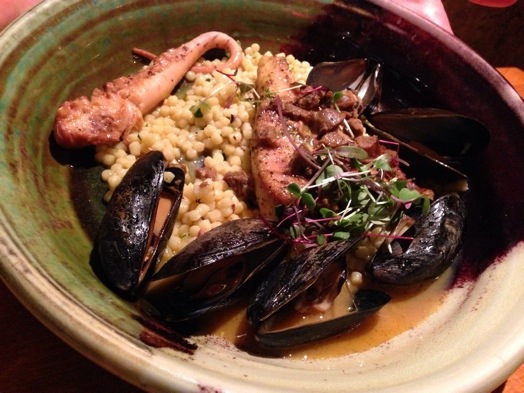 My generally hard-to-please date went with the grilled and fork tender swordfish, served atop chickpea panisse and complemented with a harissa aioli sauce and beets/orange salad (he left the beets alone). Truly delicious. 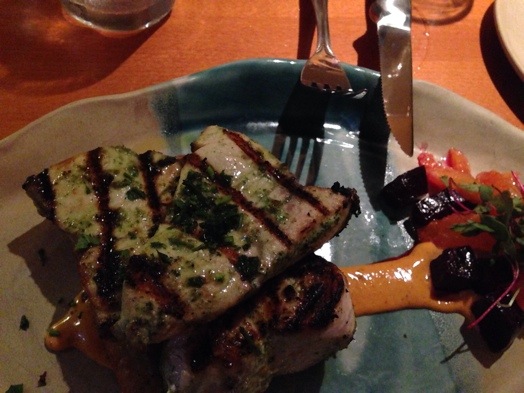 My date, a sucker for coconut anything, steered us toward the Greek Revani cake for dessert. It was dense, but good. More than we really needed after gorging ourselves on the apps and entrees. 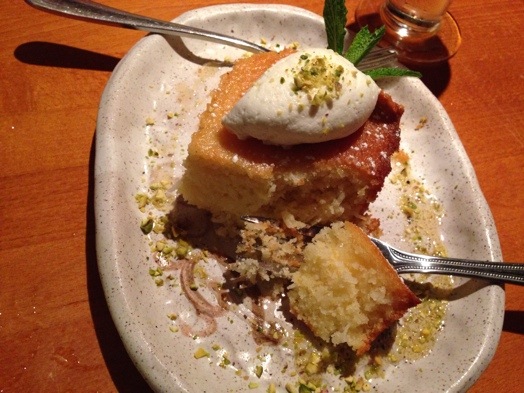 Eating at Juniper can be pricey, especially if you’re trying a lot of items like we did for the purpose of this review. Our entrees each neared $30, and our total bill topped $100 when apps, dessert and drinks (homemade lemonade and Jack’s Abby beer from Framingham) added up. But you can get away with a reasonably priced  night out there if you limit yourself to appetizers and drinks (our polite and friendly waitress said you can sit at the bar for a couple of drinks, but need to order food if you want to stick around, per town rules).

Our service was fantastic (more on Juniper’s hiring process here) and we were table tapped by the manager a few times, making us wonder if we’d blown our cover… 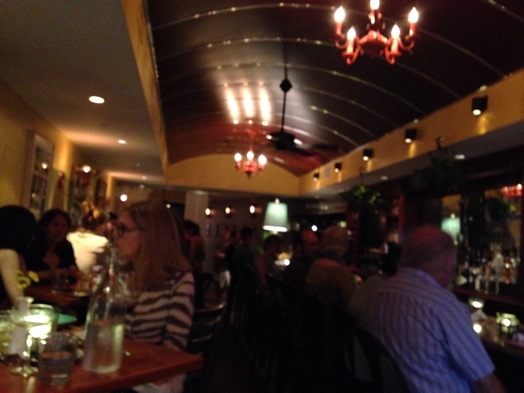