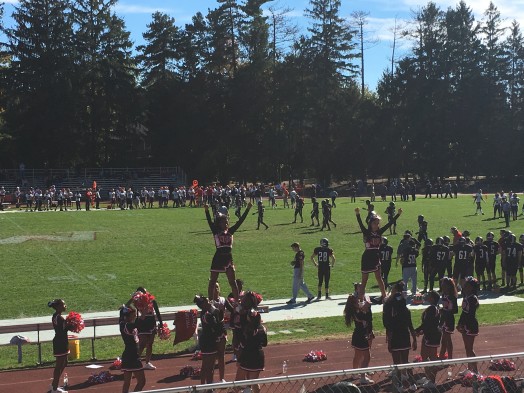 Wellesley High School has been granted a permit to host its second night football game of the season on Oct. 30, though whether the game actually happens depends upon how the rest of the season unfolds.

The Raiders football team, which opened its home schedule with a night game on Sept. 11 vs. Peabody, remained undefeated this past weekend by topping Walpole 7-6. The Raiders have two more pre-Thanksgiving regular season games, which are both at home, though it remains unclear how the playoff schedule will look.

One reason that the school is interested in having the second night game is that it would otherwise have one less home game than usual this season because of the game vs. Needham on Thanksgiving Day being played at Fenway Park. And not having that game at home means lost revenue, even though the school will get a chunk of the Fenway gate.

The Wellesley Natural Resources Commission earlier this month granted the one-time permit for the possible additional night game, which would involve bringing in temporary light structures. Neighbors were notified of the permit via a letter that reads in part: “While the NRC realizes that this puts sme burden on the neighbors to the field, they felt that this was a reasonable request to support the local sports programs and offer an opportunity for the community to support the participants and all of the Wellesley athletic programs.”

Now if WHS can actually rustle up the lights…