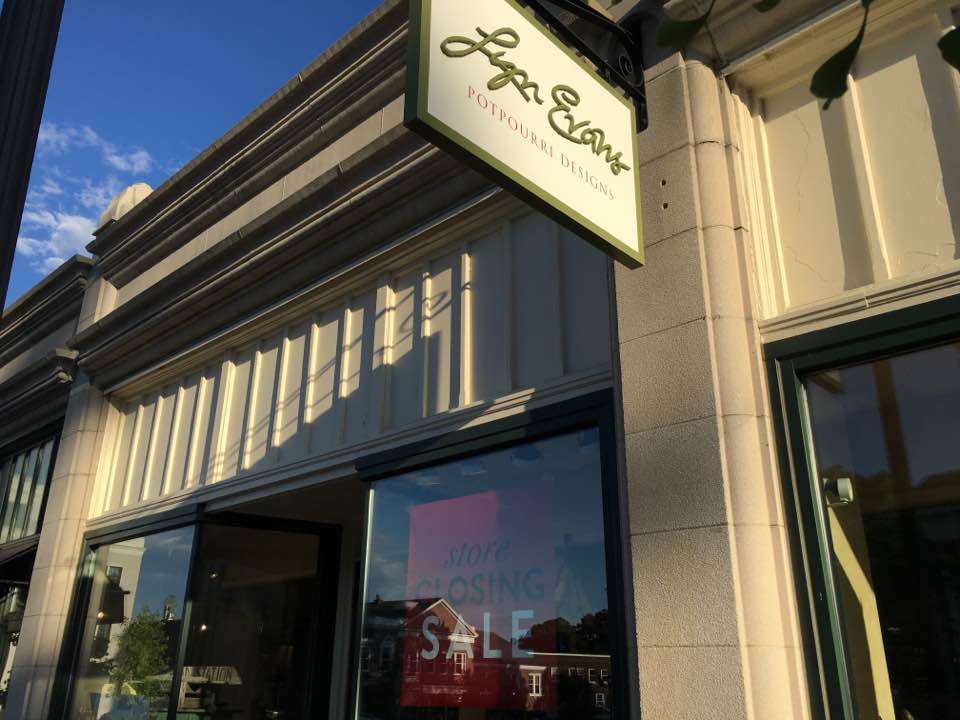 It’s with surprise and dismay that we find we must say goodbye to Lyn Evans, that Wellesley landmark that has kept fashion-forward women clad in contemporary clothing and accessories for the past 30 years at its 8 Church St. location. Business owner Stan Shotkus cites in a letter (see its entirety below) the challenges of carrying on the family-owned business after the sudden death last year of his wife Linda, and thanks the community for its decades-long support. The six Lyn Evans locations, all in New England, are expected to close within the next several weeks. The company’s support of local charities will be sorely missed, especially by the Wellesley Service League at its annual May fashion show.

There will be a blow-out of a sale, of course, and it starts Wednesday, June 28, 9am – 6pm. Better shop early if you want to scoop up all the best stuff.

Lyn Evans’ upcoming closure is one of a few recent changes in the business landscape in town. In Church Square, Blue Ginger closed its doors earlier this month, and the rumor is that steakhouse Smith & Wollensky might take over that space, though we’ve not been able to confirm this. Meanwhile, across the street at one of the long-empty storefronts at the Bel Clare, Agnes Vision is moving in as a relocation from its base of operations within DePrisco Jewelers in Wellesley Square. Adjacent to Bel Clare, Second Time Around has closed its doors, causing a fuss among some consigners who learned that they might not get paid for their gently-worn designer duds sold through the chain, according to Boston Globe reports.

Over at Linden Square, things look like they could be getting juicy. Pressed Juicery, a Santa Monica-based seller of cold-pressed juices ranging from those steeped in roots and fruits to citrus and greens, has gone before a Wellesley board to get permission for signs for a shop in Linden Square that appears to be in the space occupied by Pinkberry since the summer of 2011 (Pinkberry is still very much open for business).

Meanwhile, in Wellesley Hills, CrepeBerry, a new Wellesley eatery that owner Amelia Childs says specializes in “accessibly vegetarian” fare, has opened in the space at 325 Washington St. that Dorset Cafe previously occupied for 10 years. You can see our review of CrepeBerry here.

In Wellesley Square, last month Jarbo, a “lifestyle clothing collection with European designer sensibility,” according to the company’s website, brought its edgy and modern sophisticated fashions to Wellesley in the former Optical Designs location at 72 Central St. (Optical Designs is still in town, located just a couple doors down at 68 Central St.). Also, Ella Pava Footwear took over the Wellesley Square space at 85 Central St. occupied by Salon Danilo since 2013.

Here in Wellesley, the retail landscape shifts almost as capriciously as the sands of Cape Cod, where so many Wellesley families are right now. They’ll barely recognize the place when, sun-kissed and feeling the benefits of all that salt air, they wander back into town, gaping like tourists at the changes their absence has wrought. 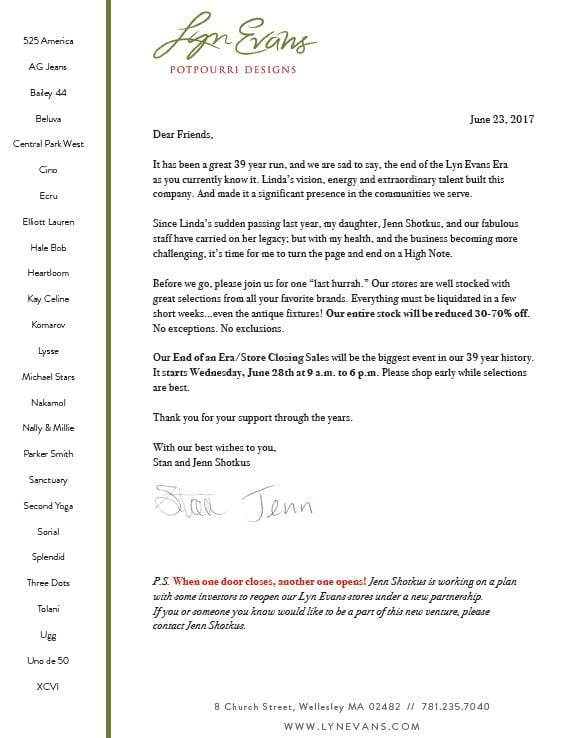