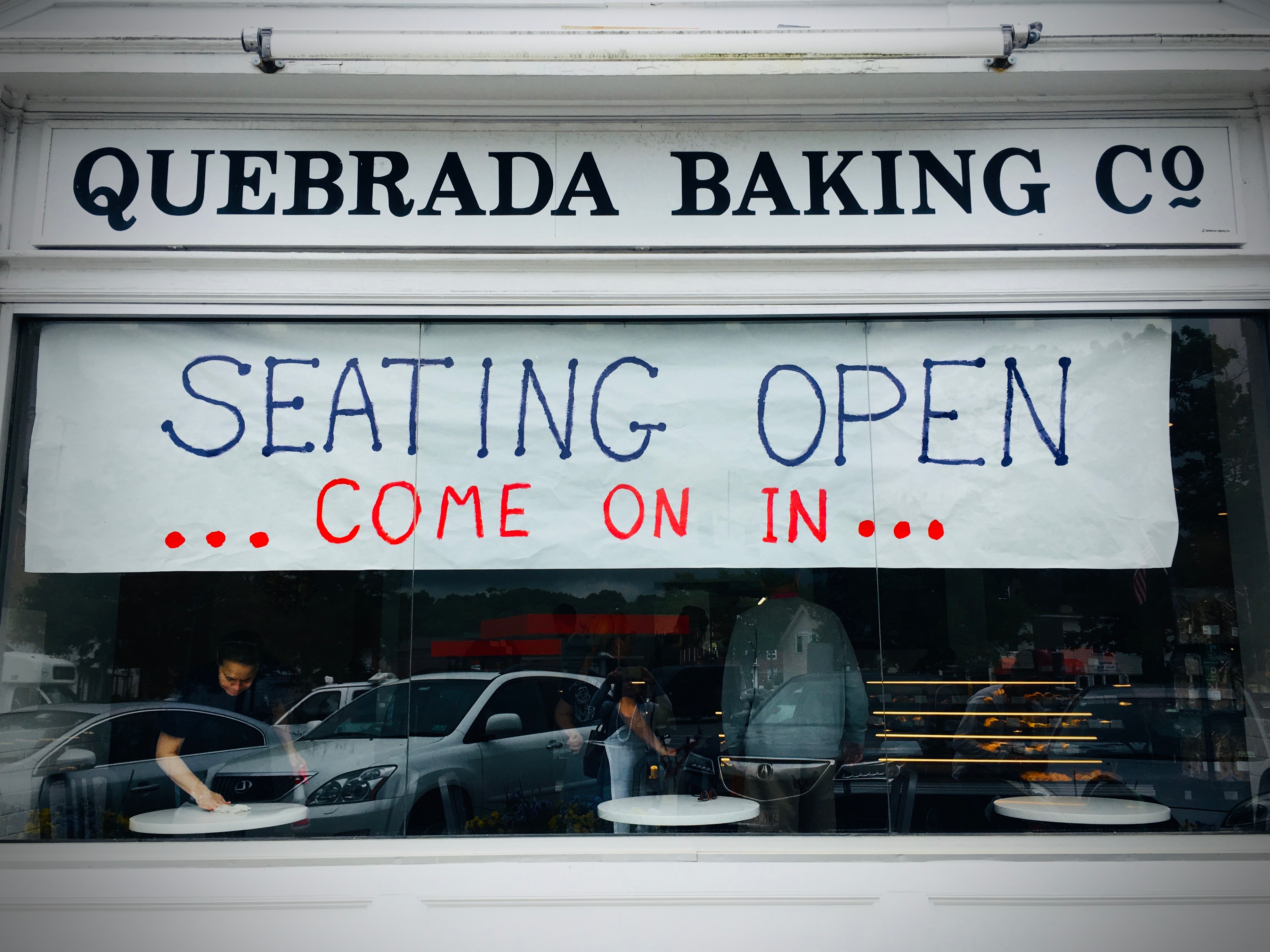 It’s been a long time coming, but Quebrada’s newly expanded 35-seat area, half-baked since last year, has finally risen and is now ready for customers to leisurely sip coffee and enjoy croissants. The business papered over its windows back in September 2017 worrying locals who feared the spot was shutting down. Manager Schulyer Wiggin explained at that time that the 30-year old business was simply taking advantage of an opportunity to expand and undergo a full scale renovation including an update of the retail area as well as increased seating and production space capacity. “We didn’t mean to alarm anyone,” she said.

Quebrada managed to remain open for take-out business and cake and pie orders throughout the almost 9-month project and officially opened its seating area last night. I went in and ordered my favorite, their hot mushroom and cheese croissant, chased down by a chewy and sublime chocolate chip cookie.

Here’s the part I’m really excited about — Quebrada owner Emily Wiggin says wifi is coming. “It’s on our punch list,” she said, “and it’s coming soon,” hopefully sometime this summer. One more place in town where I can plop myself down and pound out posts for The Swellesley Report. Love it.