Wellesley High School is investigating “an anonymous email using racist tones, language, and repulsive terms” that was sent to an African American teacher this week. 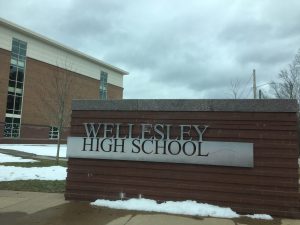 WHS Principal Jamie Chisum has written to families to notify them of the incident and to explain that the Wellesley Public Schools technology department, Wellesley Police Department and administrators have taken part in the investigation.

Chisum spoke to a couple of the teacher’s classes on Friday to tell them what happened, and plans to talk to the rest of the students on Monday.

He has asked parents and guardians over the weekend to talk to students about the incident.

“The teacher was shocked and hurt by the contents of the email and shared it with the department head who brought the information to my attention,” an outraged Chisum wrote.

The Wellesley Public School system has faced other racial and ethic harassment incidents in recent years and has taken steps to encourage tolerance and harmony.

There’s a move afoot in town to support funding in the proposed FY20 budget to pay for a director of diversity, equity and inclusion, as well as additional staff to oversee such efforts. Some plan to attend an Advisory meeting at the Wellesley Police Department on Saturday, March 2 at 9am.  The World of Wellesley has also been promoting a petition on this matter to be sent to the Board of Selectmen, School Committee and Advisory.