Wellesley’s newest eatery, Lockheart Restaurant, quietly opened this week at 102 Central St., next to the fire station. We saw curious passersby press their faces and hands against the front window to peer in as we tried out the tacos-plus restaurant. The restaurant’s mid-summer opening gives the staff a chance to get into a routine serving lunch and dinner while so many residents are away on vacation.

Not having scored a getaway ourselves, we made an online reservation at Lockheart for Friday afternoon. We came in through the back parking lot and ascended the stairs to the restaurant (the elevator is in service for those who would rather not climb the long flight of stairs). You can also enter from Central Street, where the restaurants hopes to soon get town approval for outdoor seating.

We had inside bar seats, tables, and booths at our disposal—all looked comfortable. We went for a booth, of which there are low and high versions, and that feature soft backings adorned with straps. The overall atmosphere is relaxed, with not-too-loud pop music playing and not-too-frigid AC blowing. The restaurant goes with a Southwestern aesthetic full of browns, tans, some brick, cowhide, and even a little embossment on the ceiling. 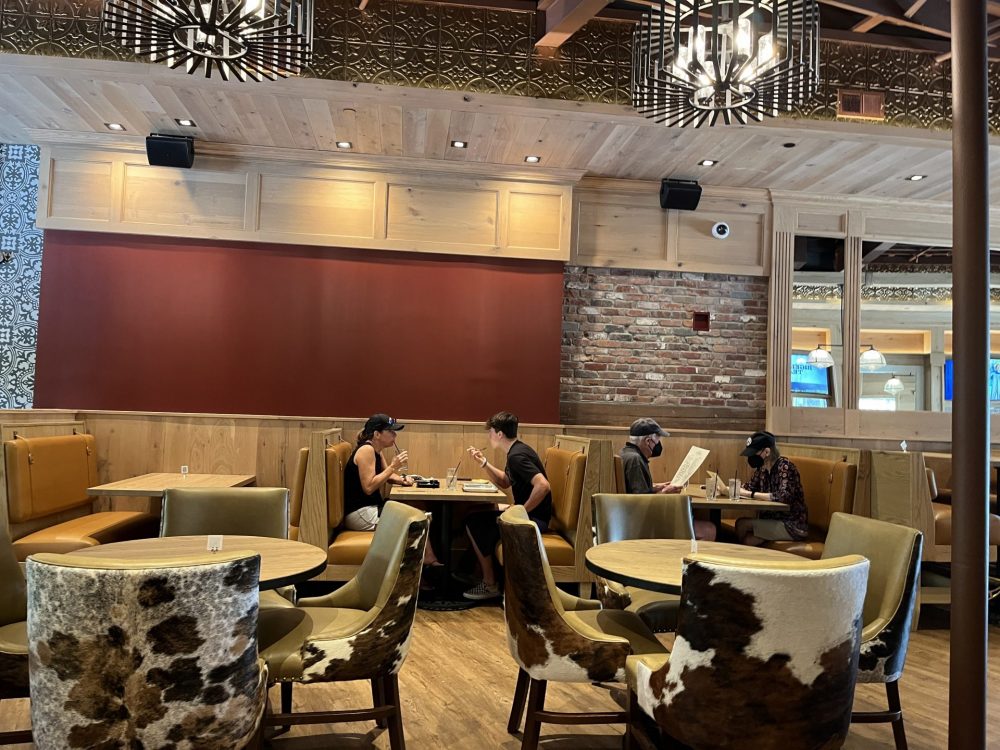 The upstairs dining room is situated between an exposed kitchen and a two-TV bar. Once staff is fully deployed, a downstairs section will open. You’ll barely recognize the place from its former design when Boloco and then B. Good operated there, order counters and all.

A  host escorted us to our seats and thanked us for coming on just the second day of operation. He introduced our server, who was friendly and efficient. Everybody was pitching in, including owner Derek Brady.

We, or really me, immediately put them to the test, asking if this and that could be nixed from several of the menu items of interest (I’m, uh,  flavor-averse). They seemed unfazed by my special requests, and the kitchen nailed each one.

We started with a couple of the signature tacos, of which there are 10 on the menu, priced between $4 and $6.50 apiece. You’re encouraged to try a few different types, as opposed to getting a bundle of tacos of the same variety, as is common at other establishments. “We encourage you to go a la carte,” our host said.

Lockheart immediately scored points with me for having not just a lobster taco with mayo (that condiment is the bane of my dining existence), but a buttered one. I chose the latter, and didn’t regret it. The three-bite taco tasted like summer in mixing fresh lobster, avocado, and microgreens on a soft shell. I paired that with a rock shrimp taco that included romaine lettuce, but held the remoulade (too close to mayo! Too much flavor!), and enjoyed that, too.

One more taco would have made for a solid lunch, but I tripled down on the seafood and went for a Salmon Glow Bowl. This was a fun and filling mix of fresh salmon, charred zucchini, and pepitas seeds served over warm rice. I asked the kitchen to hold the hot honey vinaigrette.

My dining partner ordered a Harvest Bowl, which had more of an autumnal than summer feel to it, but tasted good regardless of the season. It packed grilled vegetables, cucumber, tomatoes, and avocado over warm brown rice.

We stuck with soft drinks and water, but other patrons started the party early by dipping into the alcoholic beverages menu.

Wellesley’s got some great momentum going on the restaurant front, with newbies recently opening or on the way in both Wellesley Square and Linden Square. Lockheart, which brings its own style and a unique menu, should be a welcome addition. 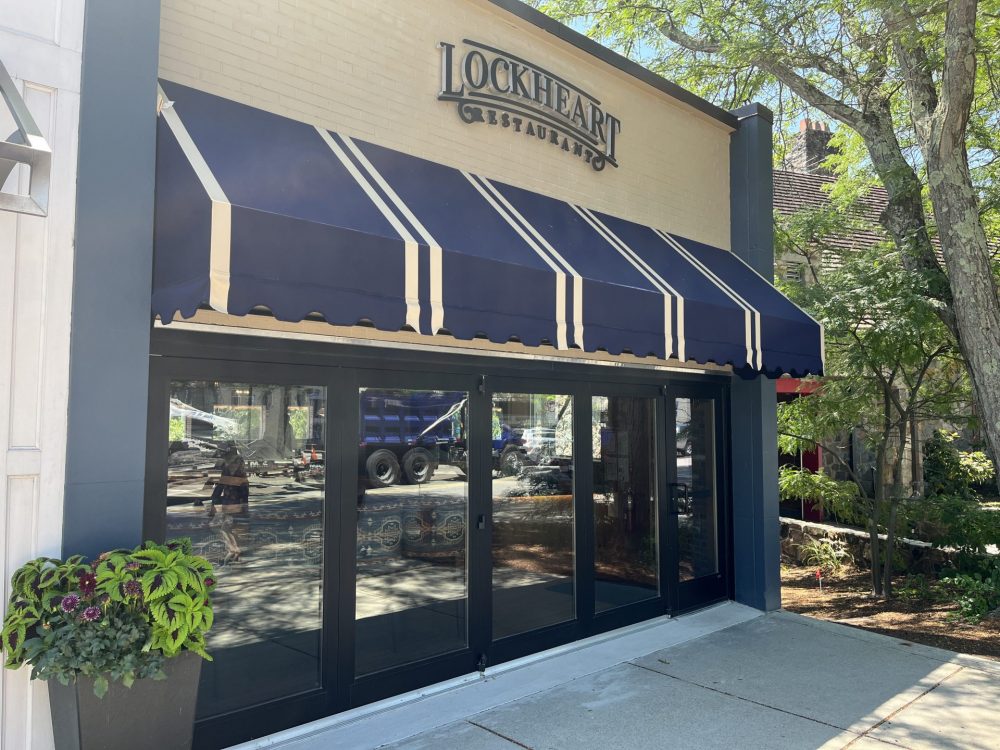