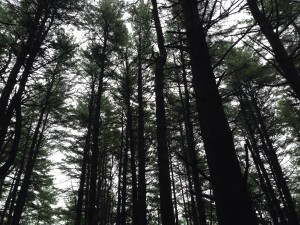 The town of Wellesley’s $35M+ purchase of Wellesley College’s North 40 property gained approval without any real drama at the Special Town Meeting held on Tuesday night.

The meeting didn’t last much more than an hour — apparently all that needed to be said was said at the various meetings, demonstrations and information sessions leading up to the vote. The town agreed in December with the school to buy the land, but needed Town Meeting members to vote for final approval.

Save the North 40 supporters, including Town Meeting member Michael Tobin, celebrated Tuesday night’s result. Half of the property is being designated for open space, which comes as good news to those who use the North 40 for gardening and who take advantage of the trails there:

We Saved the #North40! #Wellesley pic.twitter.com/bsi9qYzSFS

The college will use the funds to help pay for a major campus renewal project dubbed Wellesley 2025.